When Amarillo Independent School District opened a central bakery, the foodservice team faced some fresh challenges: getting a handle on equipment, refining recipes and planning for shrinkage, says Michael Brungo, residential district manager of dining services for Chartwells at the Amarillo, Texas, district. Through trial and error, the right solutions at the bakery—which provides sliced bread and sandwich buns for the district’s 55 schools—rose to the top. 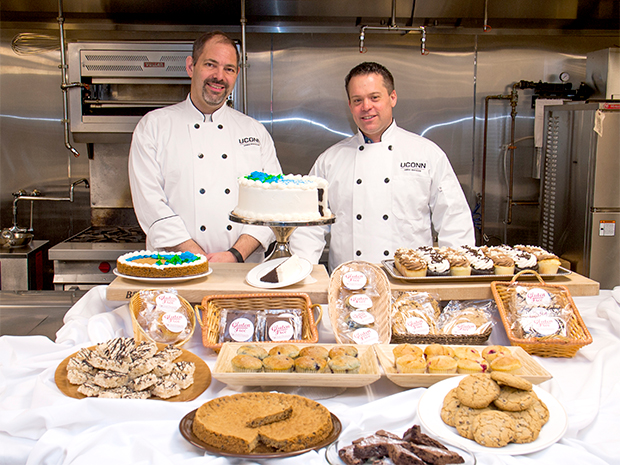 Though kitchens in general can be a minefield of issues, bakeries present some unique challenges thanks in part to the finicky nature of yeast. Here’s how two operations tackled the challenge.

Amarillo ISD staffed its facility with a master baker and a mix of seven employees from within and outside the district, and brought in a consultant to answer questions.

Working in the bakery, which churns out 2,000 pounds of bread daily, is “part science and part art,” Brungo says. Consistency is key when following recipes, while live yeast adds the art element. Procedures may need to be adjusted if it’s humid, for example, by using colder water, he notes. Staff are given leeway by their managers to make alterations based on outside conditions.

Though the whole staff doesn’t need to be present for every step in the production process, such as prepping the sponge, employees work together on many steps, filling in the gaps where needed. For instance, after delivery employees are finished with their run for the day, they help slice and package bread. “Our folks do an amazing job of working as a team,” Brungo says.

When the University of Connecticut in Storrs, Conn., opened a separate gluten-free bakery in 2015, dining services prepared for sourcing ingredients to be more difficult and potentially a lot more expensive than with its traditional bakery. However, that wasn’t the case , says Assistant Director of Culinary Development Rob Landolphi; UConn was able to secure a good pricing structure based on the volume of its foodservice department, which serves around 185,000 meals weekly.

But of course, the unexpected still happened. While staff assumed they would be supplying just the university with gluten-free items, outside community members reached out about accessing the products, which include cookies, brownies, pies and cakes. (Gluten-free breads are not currently baked on premise due to space constraints.) Non-UConn customers can place gluten-free orders through the main office and pick them up at the commissary, Landolphi says.

Despite potential challenges, opening an on-site bakery has a lot of advantages, Brungo notes, not least of which is the personal connection between the bakers and the end consumers—in Amarillo ISD’s case, the students they serve, some of whom are even related to bakery staffers. “With that [relationship] in mind,” he says, “we can produce higher quality.”