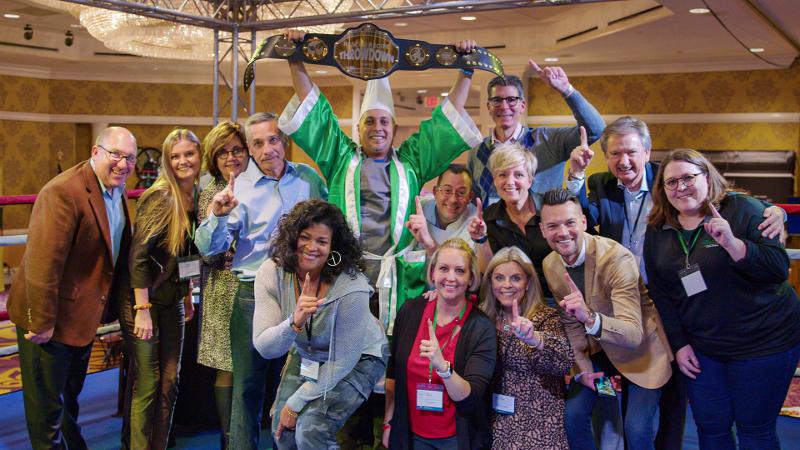 After a six-month zero-waste culinary competition across its foodservice companies, Elior North America was ready to crown the champion of waste-free cooking. But first, the two highest-scoring chefs had to battle it out in the ultimate Rescue Recipe Showdown Food Fight.

“The meals were judged on taste, visual appeal and creativity, but also were heavily weighted for reducing waste and recycling ingredients,” says Paul Basciano, vice president of culinary at Elior North America and one of the judges.

The two finalists were given a variety of wasted ingredients, along with over-harvested items such as certain seafood species and a market basket of staples. The menus had to progress from appetizer to entree and dessert.

After a heated battle, Chef Ruiz was declared the winner with his menu of vegetable ceviche, jamon-wrapped cod with artichoke puree and chorizo picante oil, and an oatmeal boudin with creme glaze. 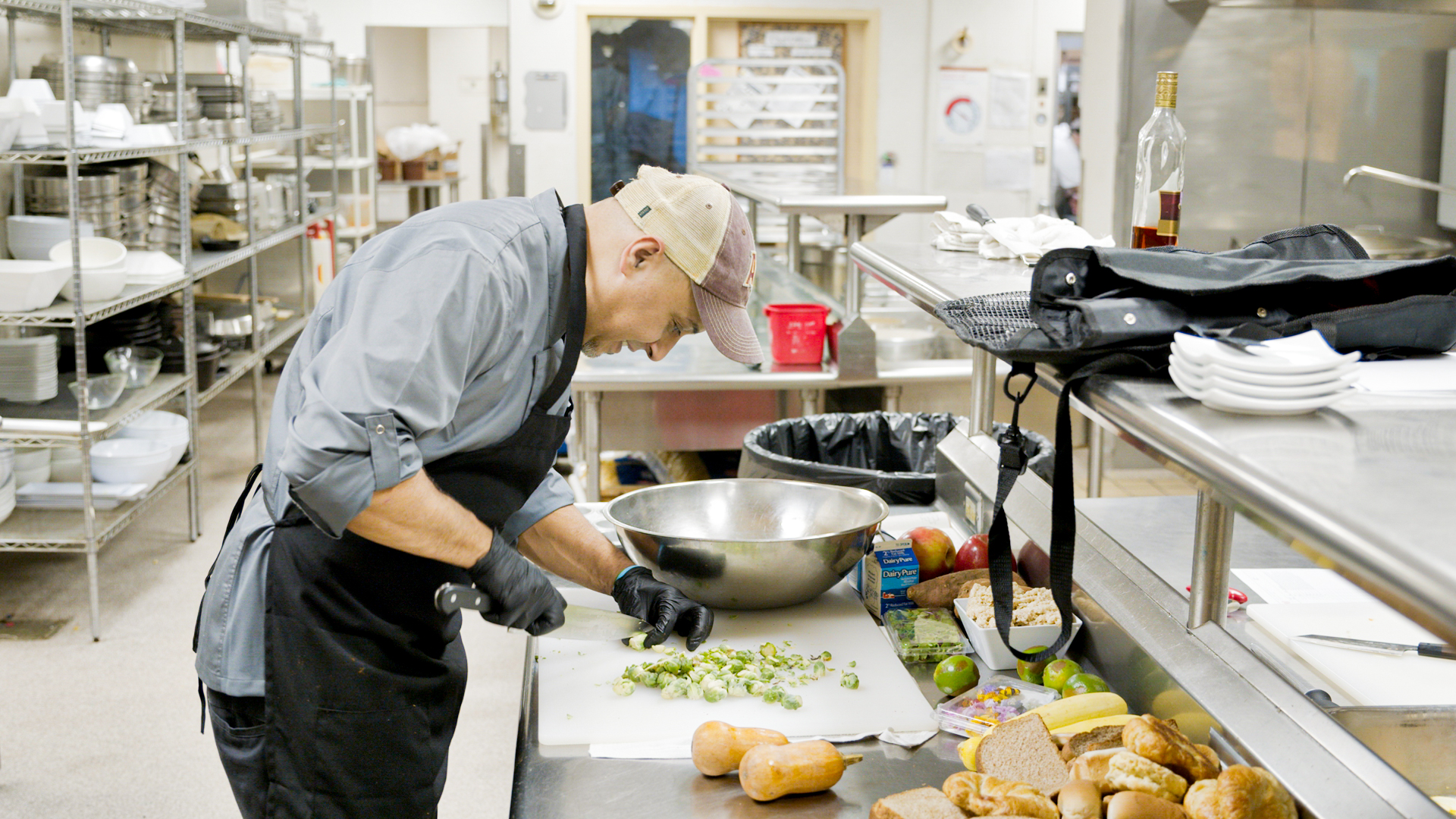 Prepping for the Showdown; photo courtesy of Elior North America

“He used a bunch of vegetables for the ceviche, including the stalk on which Brussels sprouts grow, all shaved very thin, and added acid,” says Basciano. “The first rule of thumb in a competition like this: Preparation counts.”

The boudin made good use of the breakfast oatmeal that always comes back from the servery in Elior’s operations, says Basciano. “Chef Ruiz combined cooked oatmeal with sweet spices, rolled it and breaded it, then deep-fried it for a sweet dessert. Both chefs come from Latin backgrounds, and they created desserts they attributed to their grandmothers, playing a little to the judges.”

Both finalists received gifts, including aprons, hats, knife kits and an engraved chef’s knife, but as kitchen champ, Ruiz was honored with a monogrammed boxing belt and “bragging rights.”

The six-month Rescue Recipe Throwdown and final Showdown are part of Elior’s “Doing Good” mission—a commitment to the planet, wellness and social responsibility.

“We looked at the operational facets of waste and thought about how we can make waste reduction fun and different,” Basciano says. Monthly submissions came in from all sectors, with about 100 recipes in total. Each was scored by Elior’s culinary council, and a top winner was chosen each month.

“We’re now going to shift gears and expand on the program without focusing on a competition,” Basciano says. “We plan to incorporate more rescue recipes into the foodservice program and change chefs’ mindset so reducing food waste becomes part of the culture.”