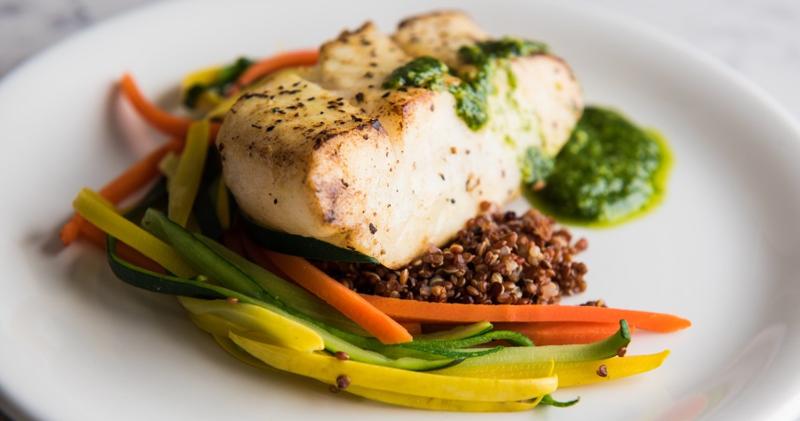 Photo courtesy of the University of Michigan

For the past year, Sheepscot Valley Regional School Unit 12 in Somerville, Maine, has partnered with Fishermen Feeding Mainers, a program run by the nonprofit Maine Coast Fishermen’s Association, to provide sustainable seafood to students.

Nutrition Director Michael Flynn dishes up whatever sustainable fish is caught, typically haddock, hake and pollock. Prior to this program, he served U.S. Department of Agriculture (USDA) breaded fish sticks.

About once a week, Flynn drives an hour to the coast to collect at least 100 pounds of fish, the minimum he requires to make this program work. That yields about 370 portions, he says, which are served immediately or frozen.

The seafood is menued anywhere from weekly to monthly in the district’s five schools. “We prepare it in the most cost-efficient way,” Flynn says—with a breadcrumb-Parmesan crumb. He then uses the seafood in tacos or at the center of the plate.

Since the program’s underwritten by a private donor, the only expense is the cost of gas to and from the port.

“It’s worth the effort,” Flynn says. “It’s nice when you have ingredients that are perfect like this, restaurant-quality and sustainable.”

Somerville may be an hour’s drive from the ocean, but the University of Michigan in Ann Arbor is a bit farther.

Yet five years ago, Michigan Dining began purchasing whitefish from nearby Lake Huron fishers, and it serves only products that are Marine Stewardship Council-certified or rated by Monterey Bay Aquarium’s Seafood Watch as green (“best choice”) or yellow (“good alternative”). 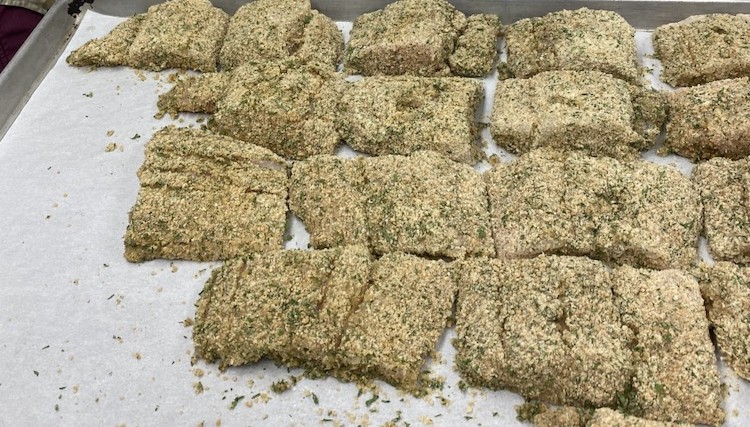 Overall, 90% of the seafood he serves comes from North America and is sustainable. It’s important to have partnerships, he says, to both facilitate serving sustainable seafood and to educate staff and students.

Turchan serves seafood three to four days a week in dishes such as chili- and honey-glazed salmon, ginger-steamed cod and seafood etouffee. “Our goal is not to have it breaded or battered so you can really taste the seafood,” he says.

Key to getting students to eat it, he says, is informing them—mostly at the point of sale, but also on social media or digital boards—about everything from who caught the seafood to where and how.

The University of Maine system, whose foodservice is run by Sodexo, committed to shifting 100% of the white fish on its menu to under-loved fish from the Gulf of Maine, a goal it achieved last year through a partnership with the Gulf of Maine Research Institute (GMRI).

Now, the school serves products like pollock, mackerel, hake, dogfish, dab and Acadian redfish, as well as Atlantic salmon, which is farm-raised in local waters. In general, these fish can be substituted for better-known varieties like cod, though Sodexo is developing specific recipes for the lesser-known ones, too.

Sodexo Executive Chef Doug Winslow cooks the fish in different ways, though admits “[if] you fry it; they will come.” Alongside fish and chips, he offers items like seared hake with zucchini noodles and tomato coulis. 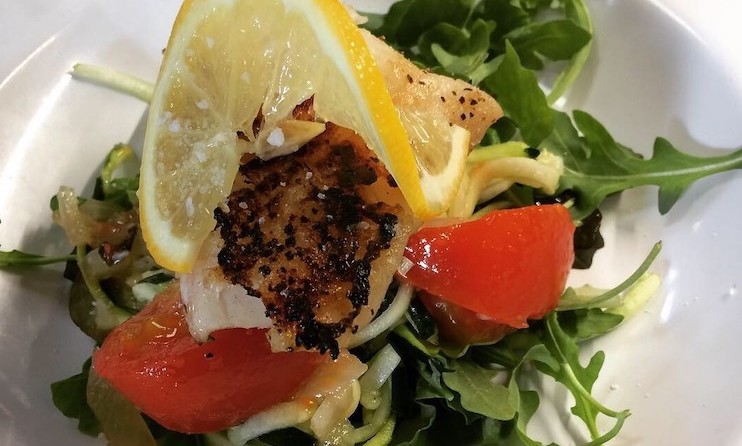 As at Michigan Dining, marketing and education helps. Sodexo Area General Manager Tadd Stone has found that giving students information and samples is effective, especially when he brings in a GMRI representative. Education is primarily done at the point of sale, but Stone likes to mix it up “to open students’ eyes.”

The University of Maine encourages clients to use sustainable seafood for catered events, too, steering them away from tuna and swordfish toward more sustainable options like monkfish.

The dining team at UC Davis Health in Sacramento, Calif., hired Santana Diaz four years ago to help boost sustainability and local sourcing, and the program has since received two Smart Catch Leader awards from The James Beard Foundation for its efforts around seafood.

Diaz, executive chef and director of culinary operations and innovation, has replaced the salmon he previously sourced from British Columbia with local sturgeon and steelhead trout. The trout has been well received as it’s so similar to salmon, he says, but the sturgeon’s been a harder sell.

Diaz also eliminated basa from the menus, which is a cheap fish but not very sustainable, and replaced it with catfish, procured locally. In addition, he introduced red snapper, brown trout and rainbow trout, and sometimes offers halibut, though he has to be careful with the latter since it’s more expensive.

While transitioning to more sustainable options over the last four years, seafood costs have doubled, Diaz says. However, that has to be balanced against the benefits to the environment and to patients. If patients are healthier, he says, they are less likely to be re-admitted and have a higher chance of being discharged early.

Still, cost isn’t the only issue. Diaz also needs quantity commitments, since his menus change quarterly and he can’t turn on a dime.

“The barrier we run into is volume,” he says. “So when it comes to an institutional scale like ours, I can’t take a risk of being out.”