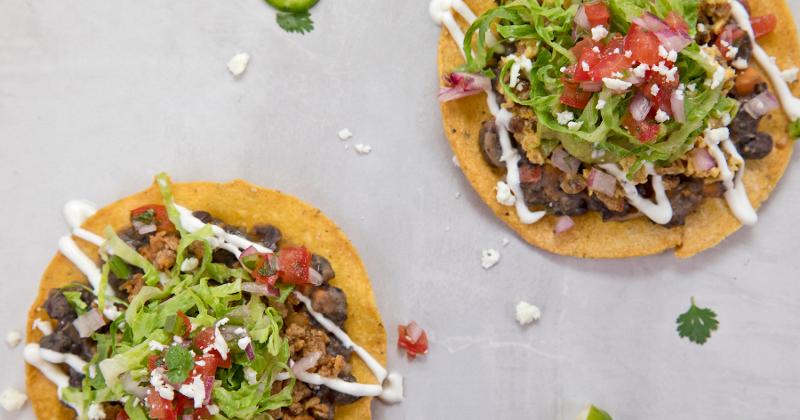 A recipe for Black Bean Tostadas got Cura's cooking demo program off to a successful start. / Recipe courtesy of Cura Hospitality

Thanks to a pilot program from Cura Hospitality, Allegheny Health Network’s Healthy Food Centers are providing participants with cooking demos and nutrition education along with their groceries.

Pittsburgh-based Allegheny Health Network (AHN) partners with the Greater Pittsburgh Community Food Bank and Second Harvest of Erie to support local consumers struggling with food insecurity. Participants order food through the food bank and pick it up at each of the Healthy Food Centers, which are set up like retail grocery stores.

The first demo was held at Forbes Hospital in Pittsburgh and was spearheaded by Clint Shearer, Cura director of dining. “He visited the Healthy Food Center there and was inspired to do a teaching kitchen for the members who sign up for that food program,” says Ryan Sonson, Cura culinary and retail director. “It’s a way for us to get involved with the community.”

Shearer and his chef, Mario Aponte, created a recipe for a Black Bean Tostada for the pilot demo. All ingredients used are available at the Healthy Food Center—canned black beans, sweet potatoes, onions, bell peppers, garlic and tortillas.

Chef Aponte demonstrated the recipe, giving attendees reference points they could relate to, says Sonson. Some participants were unfamiliar with the items, so he compared the tostada to a piece of bread, and the technique to making a sandwich. “To make it unintimidating, he told them ‘you can put anything on the tostada that you want—it’s like an open-face sandwich,’” Sonson recalls. 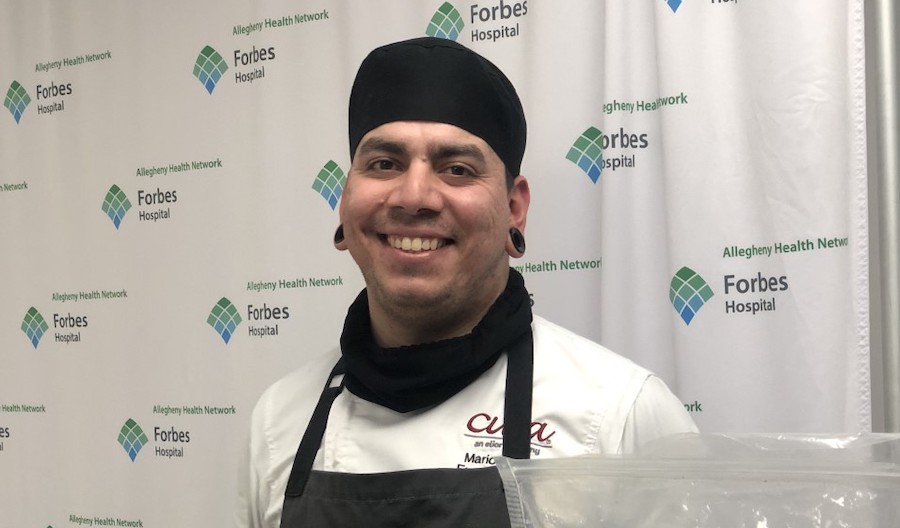 As he chopped and prepped the recipe, Aponte also educated the audience about the recipe’s origins in Latin America. He explained how tortillas are made from dried corn or maize using the nixtamalization process of cooking the kernels in an alkaline solution. This turns the maize into a more nutritious ingredient that can be ground into masa—the flour used for tortillas.

He also played up the nutritional benefits of black beans and sweet potatoes. “The goal of the recipe was to make it healthy, functional and flexible,” says Sonson. Affordability was also a factor.

Each of the participants received a recipe card with step-by-step directions to make it easy to replicate at home. That went into their takeaway gift bags, which also included a spice packet and a bottle of Cura’s Waste Nothing Hot Sauce.

“Through our Waste Nothing program, we use edible scraps like vegetable peels that would typically go into the compost bin or trash,” says Sonson. “We make the hot sauce regularly from pieces of tomato, bell pepper and onions, purchase the bottles on Amazon and bottle it.” The addition of the hot sauce also provided a point of entry to educate the audience about reducing food waste at home. 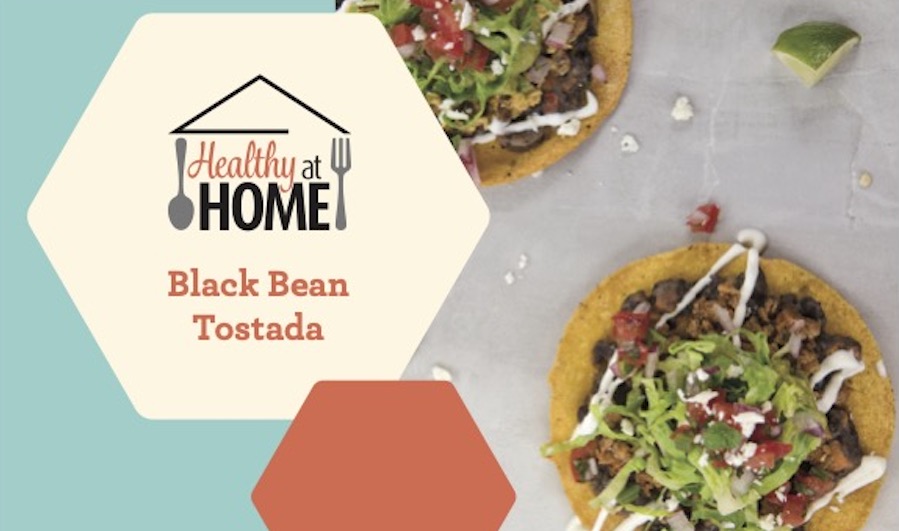 Recipe cards were handed out to attendees at the Cura cooking demo at Forbes Hospital. / Photo courtesy of Cura Hospitality

Cura plans to hold quarterly cooking demos at four other Healthy Food Centers in AHN hospitals. The next will take place at Saint Vincent’s in Erie, Pa., in October. “The recipe we’ll demo is Turkey Chili—one of our Cura chefs already developed and tested it,” says Sonson.

Others will follow in winter, spring and summer of 2023, with each location showcasing a unique recipe. The dietitians from AHN also participate to make sure the recipes meet health guidelines.

The Cura team will also shoot videos of the demo to share with AHN. They’ll be able to use it to market the program, post to social media and educate other community members, says Sonson.