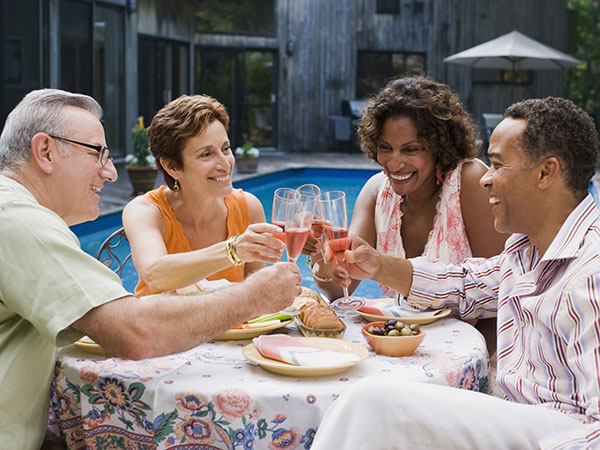 When it opens this month in Columbus, Ohio, Goodale Landing, a new residential tower at Westminster-Thurber continuing-care retirement community, will boast an indoor swimming pool, a rapidly developing neighborhood and close proximity to local sports venues. In kind, it promises residents a range of on-site dining options, including a pub-style hangout with big-screen TVs, a gourmet coffee shop and a grab-and-go outlet selling premade heat-and-serve meals for two. To drive home its message that the new tower is targeting active baby boomers, the community’s traditional, 70-seat sit-down “restaurant” was remodeled and now overlooks the pool. “It’s quite a departure from days back 10 and 15 years ago,” says John Andrews, corporate director of culinary and nutritional services at Ohio Presbyterian Retirement Services, which operates the CCRC.

More dining formats meant the need for a more flexible payment model. Westminster-Thurber already had a POS, but with the addition of the new options it became only the second community in Ohio Presbyterian’s network to use a declining-balance meal plan. “[Residents] have control of their funds and how and when and where they eat,” says Andrews. “It can be compared to colleges.”

While only a fraction (17 percent) of baby boomers say they’re eating in restaurants more often than they did two years ago, evolution in the restaurant industry—the rise of fast casuals and celebrity chefs, and the elevation of healthier, cleaner menu options—means newer retirees are bringing those expectations with them to senior living.

For that reason, Andrews has made changes to emphasize the quality of the food and dining experience. As part of the renovation, his department spent over $50,0000 on smallwares, including dishes. “It used to be that everything would go on a round, undecorated 9-inch or 6-inch plate because it had to go on a tray; you could put a lid on it, or ‘Hey, that’s what fit in the lowerators,’” he recalls. Now, the kitchen has a variety of plates to complement the diverse menu. “It’s not going to change the flavor of the food, but guests see where the attention has been paid to match the right service piece for the right dish,” he says. “It’s a big difference that will be noticed.”

Behind the scenes, Andrews’ team redesigned the back of house, reworking it from a production-kitchen model to a cooks-line setup like a restaurant, so chefs can more easily produce a la carte menus. Also, it’s an open kitchen design—a format that’s become the norm in restaurants, but a first for Ohio Presbyterian—allowing guests to see the chefs at work and further spotlighting the community’s focus on food and health.

While Andrews suspects residents will like being able to see what’s going on in the kitchen, it’s not a sure bet. “We’ve talked about it a number of times before, but people don’t like the noise,” he says. In fact, balancing the “cool factor” against the traditional is the challenge for senior-living operators whose communities also serve older residents. “We’re not talking about putting franchises in there,” says Andrews. “It’s still [their] home. We don’t want to make it too commercialized.”

What Gen X wants from foodservice

Today's consumers are changing everything

What Gen Z wants from foodservice

What millennials want from foodservice