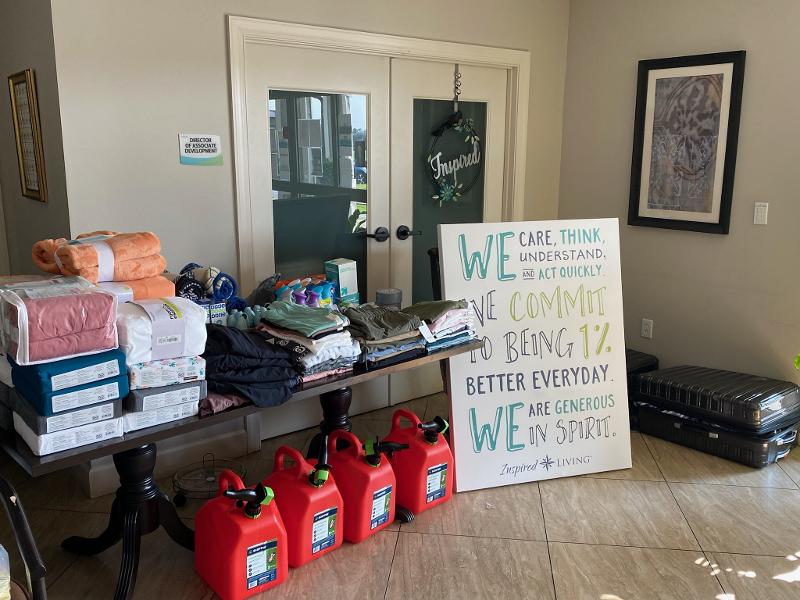 Sodexo teams in New Orleans were ready to spring into action as soon as Hurricane Ida hit the region at the end of August. Weeks later, they are still on the ground aiding relief and recovery efforts.

To prepare for any storm, the Sodexo team keeps seven days of supplies on hand and assigns staff to sleep with a community before a storm hits, says a spokesperson for the management company. At the Inspired Living Community in Kenner, La., a senior facility, GM Johnny Davis and six members of the Sodexo team slept there the day before Ida was expected. Roads were impassable after the storm and the facility lost power and running water.

Having the team onsite was crucial to speedy action. Sodexo partnered with Coastal Reconstruction to bring generators and portable air conditioner units to the community. Then the dining team set up a walk-through buffet for each meal and a 24-hour hydration station with bottled water, juice and other beverages to make sure residents stayed hydrated. Staff brought food and beverages to residents who had trouble walking.

Meanwhile, over at New Orleans’ Ernest N. Morial Convention Center, managed by Sodexo subsidiary Centerplate, the dining team is serving the National Guard stationed there by the government. Centerplate estimates it will serve more than 25,000 meals through the end of the National Guard contract on Sept. 21.

MREs (Meals Ready to Eat) are also being distributed to 17 locations throughout the city. 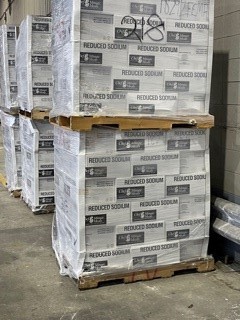 The team is also feeding staff and patients at the Medical Needs Shelter set up in the convention center. The shelter provides space for 500 patients in need of dialysis, oxygen machines and other essential equipment. About 175 medical personnel are housed on a cruise ship docked behind the convention hall to attend to these patients.

Half of Sodexo’s staff at these facilities is still evacuated outside the state of Louisiana, but the company is working to balance the demands on remaining team members. Throughout the relief efforts, hourly staff is getting their usual days off. And if any Inspired Living employee and their families were displaced, they were put  up in the community and also provided with three meals a day, said the Sodexo spokesperson.