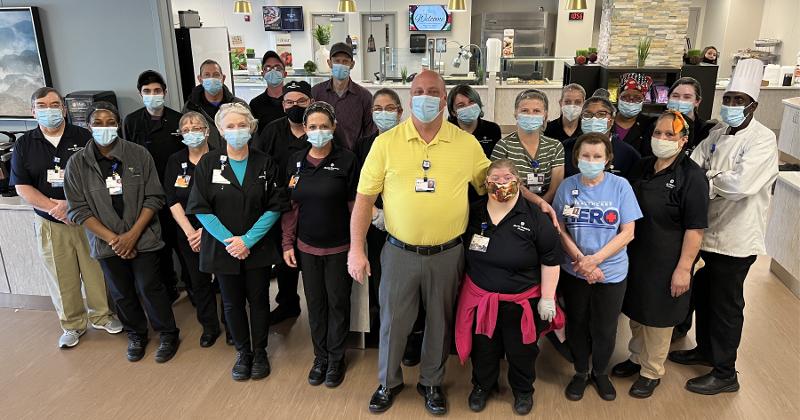 The cafeteria at Blount Memorial Hospital in Maryville, Tenn., was ready for a modern upgrade.

The last time it had been renovated was in 1983, when the current foodservice director’s father managed the hospital’s dining program. Comprised of a hot bar, salad bar and drink area, the outdated cafeteria had long lines and few menu options.

“It just wasn't a great setup,” says Food Service Director Jeff Gilmore, noting that chief goals of the revamp were to provide diners with more variety and better access, as well as reduce wait times.

The new space, which opened last month, includes new seating, an open floor plan and expanded offerings that make the cafeteria a more inviting place to grab a meal.

Changing up the layout

One of the team’s first tasks was to find a way to make the cafeteria design more appealing.

The hospital has pillars that run throughout the building, including the cafeteria. Although they disrupt the cafeteria layout, the pillars are load bearing, so they must stay in place to keep the building upright.

“They've always just kind of been an eyesore that we've tried to hide or, you know, just try to do something where it wasn't so noticeable,” says Gilmore.

The team decided to use the renovation as an opportunity to transform the pillars into something more functional. Bar seating with charging stations was installed around them, giving guests a space to sit and eat while charging their electronics.

In another physical change, the team removed a classroom that was located near where guests ordered their food. The classroom blocked many of the cafeteria’s windows, preventing natural light from reaching the space, and its location near the kitchen made it a noisy space to hold meetings.

At the action station, proteins rotate between ham, turkey, roast beef, prime rib and pork tenderloin, which are carved and served right in front of guests.

The area is also equipped with induction pans, allowing the team to serve other made-to-order dishes. “We'll run an omelet bar or a pasta bar where the customer comes in and picks the ingredients that they want in there, and we make the front of them,” says Gilmore. 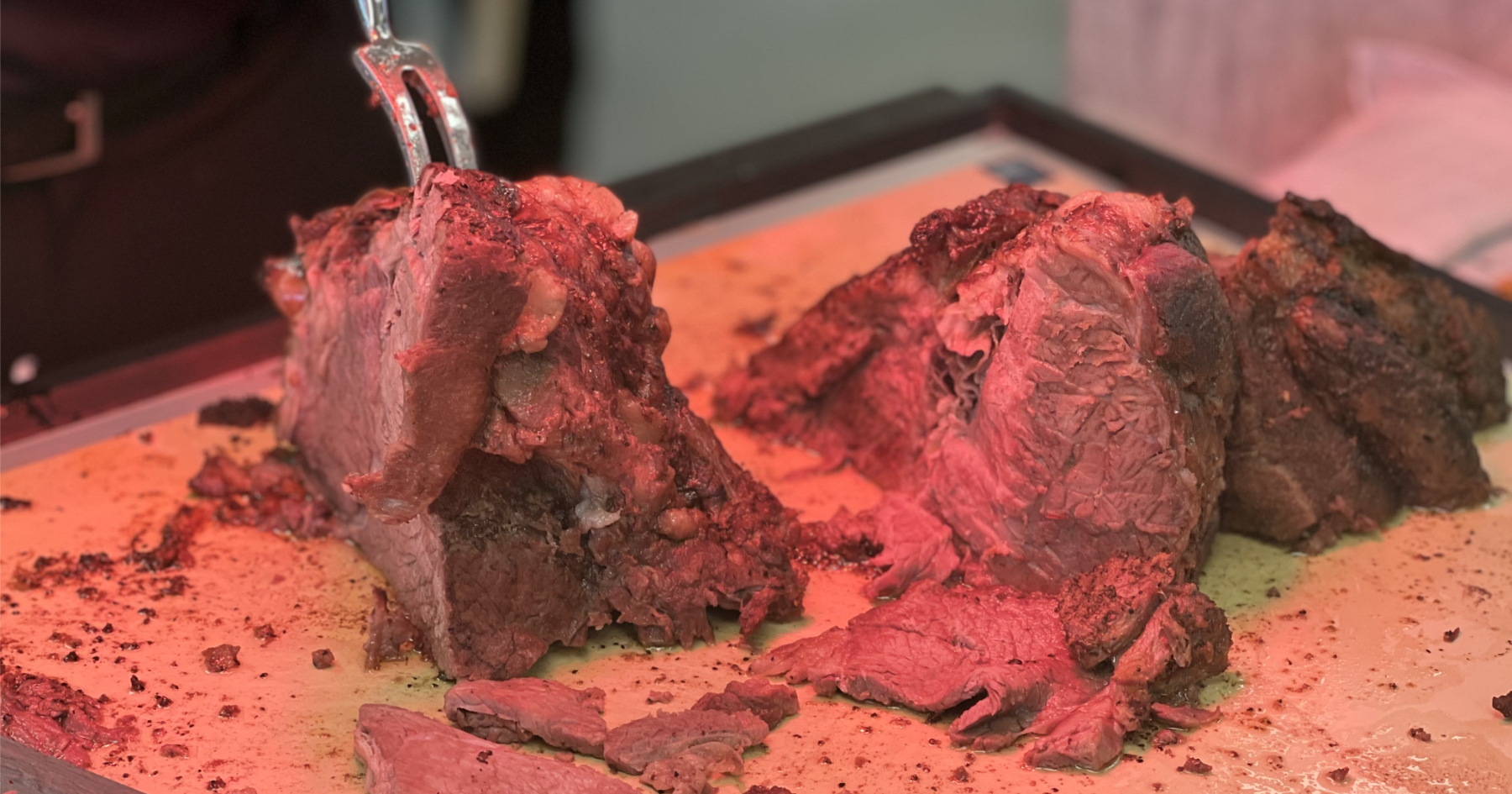 Made-to-order items are also the star at the nearby deli station, where guests can customize their own sandwiches.

For diners on the run, a grab-and-go station offers premade salads, sandwiches, desserts and more.

At the pizza station, guests can grab calzones on Thursdays and pizza the rest of the week. The station also offers hospital employees the option to pick up a pizza before they leave work. The take-home meal includes a 14-inch pizza with a salad that serves four.

“A lot of times our staff in healthcare are very tired when they're done, a lot of them are stressed when they’re done, and this is just an easy way for them to not to have to stop at the store to pick something, not have to go home and cook,” says Gilmore. “We’re just trying to make life a little bit easier on our staff that are working so hard.”

Not much was changed at the cafeteria’s returning hot bar station, which serves comfort food, or the salad bar. The drink station, however, has been expanded to include different flavored waters and juices.

The new space has been met with positive feedback, says Gilmore, and the only complaint he’s received is that diners would like its hours to be longer.

Current labor challenges have made it hard for the cafeteria to expand its hours beyond 7 p.m., Gilmore says, and some concepts, such as the salad station and the pizza station, are unable to stay open after lunch.

As the team works to hire additional employees, they’ve come up with ways to continue offering food into the evening. At the pizza station, for example, staff prepare pizzas right before the station closes to be served during dinner.

“We'll just premake three or four pizzas and cook those, and we move them down to our hot bar, away from the pizza station,” says Gilmore. 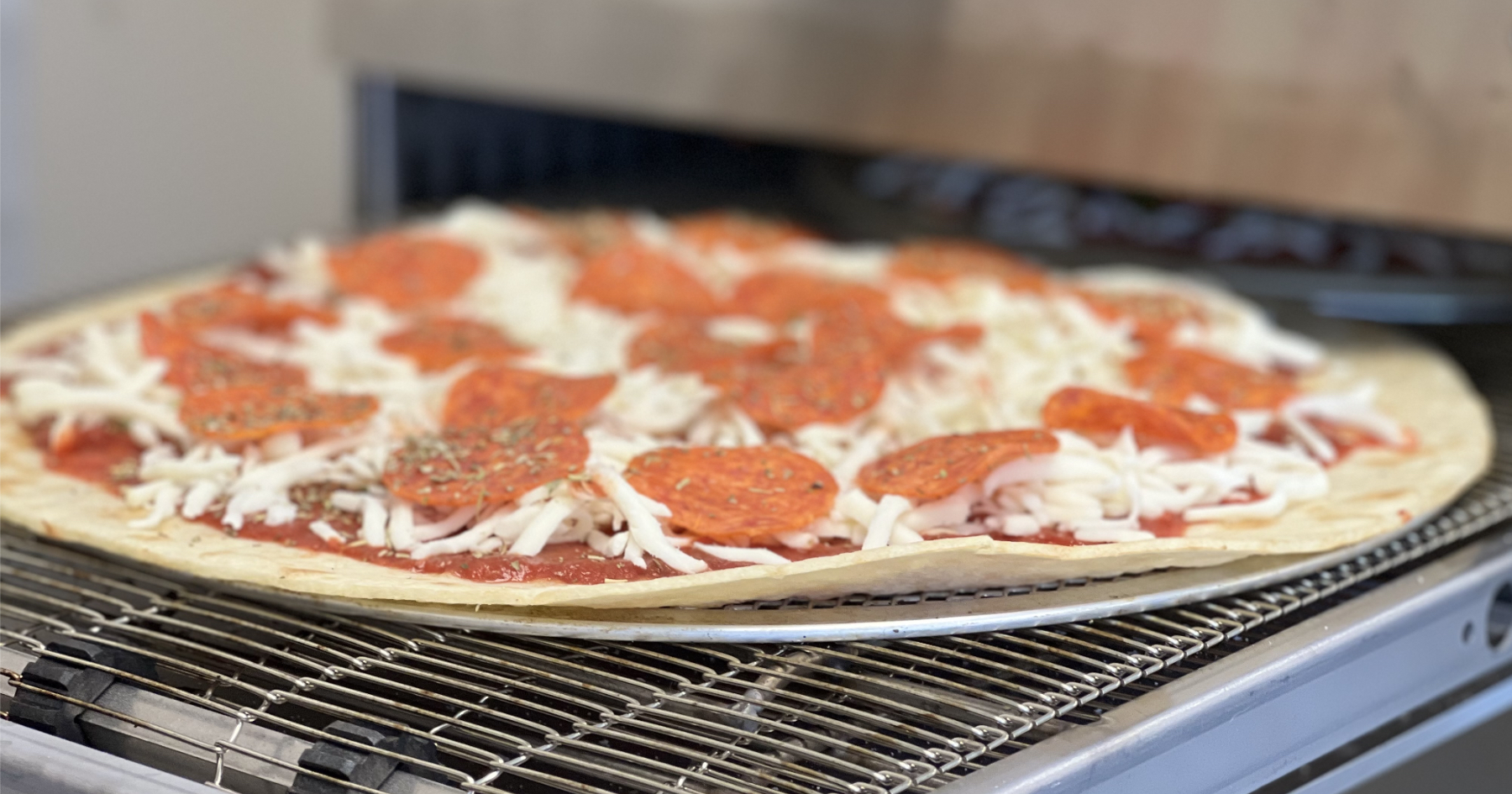 Last summer, the team also installed a 24-hour micro-market near the cafeteria, which allows hospital employees to purchase food without the need for cafeteria staff to be present. The market has been popular with employees working night shifts.

While the cafeteria’s hours are still a work in progress, overall, the renovation has been a success, Gilmore says, adding that not only has the new cafeteria brought more variety to the menu, but it has also given the hospital community a place to meet again.

“I've heard from the CEO and our head of our board,” he says. “Both have mentioned to me how excited they are to see people coming back together again and see people excited and smiling again.”

Renovated KC Cafe aims to better appeal to customer base