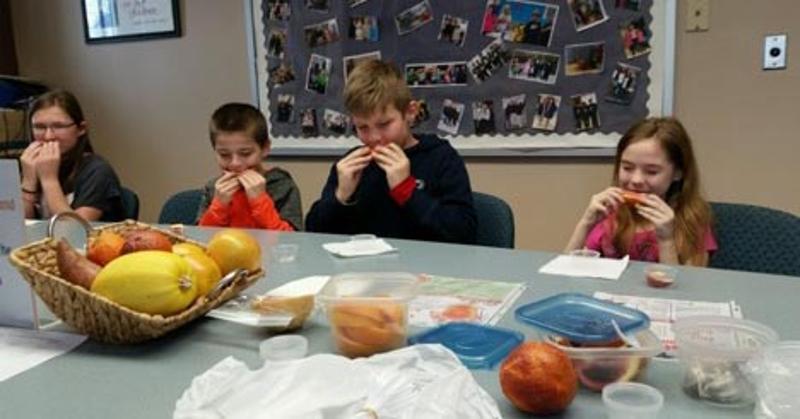 Elementary students at Tuscarora School District in Mercersburg, Pa., stepped into the cafeteria one day this past school year to find General Manager of Food Services Adam Carlson in his chef’s coat cooking up spaghetti squash with marinara sauce for them to try.

“Kids were coming up and asking for more, and they just thought it was fun,” Carlson says. “It's a great opportunity to get in front of the kids and just talk to them about food. I mean, that's what we're here to do.”

That taste test was part of Metz Culinary Management’s Nutritious Friends program, which launched when the Healthy, Hunger-Free Kids Act went into effect with the aim of using creative sampling to educate students about new types of produce each month. The program has since grown to include less-common produce such as parsnips and mango.

For Nutritious Friends, Metz worked with its marketing team to create materials that would introduce spotlighted produce in an engaging way. Each fruit and vegetable featured is given a fun name such as “Papa Papaya” and “Beat-head Beet” (a beet wearing headphones), and samples are accompanied by posters displaying facts and jokes about the produce.

“If you're a kindergartner, and I say, ‘Hey, do you want to have a hot cup of Brussels sprouts on your plate?’ and you don't even know what that is, you're going to say no,” says Katie Dorian, regional nutrition manager for Metz Culinary Management. “We create a lot of excitement around the sampling, and we try to set up a separate table in the cafeteria so the students can come up at their leisure, while they're eating their lunch, and just take a small sample of a new food and try it.” 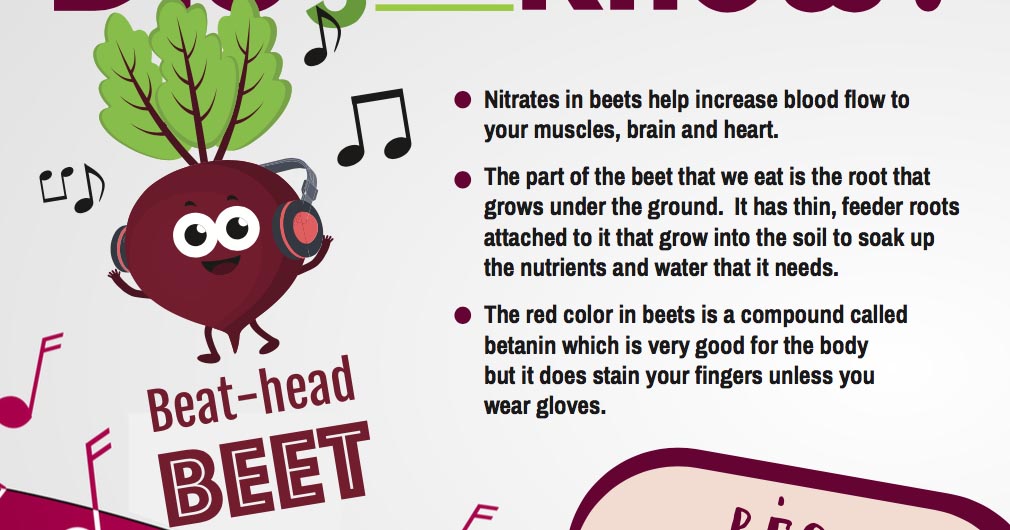 Stickers and temporary tattoos are given to hesitant students who try the sample, and students are also encouraged to try the produce multiple times to experience the full flavor profile. “I always tell the children to take two bites: The first one is just introducing the flavor and textures to the palate, [while] the second bite is the one that counts and will determine if you really like the fruit or vegetable,” says LoriAnn Belinda, director of food services at Philipsburg-Osceola Area School District in central Pennsylvania. Belinda also promoted the Nutritious Friends program at her district’s quarterly student, parent and teacher advisory meetings.

After students sample a fruit or vegetable in the cafeteria, they receive an informational flyer for their parents, as well as a recipe incorporating the produce they tried. Dorian says her team focused on creating simple recipes that are easy for students and parents to replicate at home, and Carlson says the recipe development process also helped his staff expand the lunch menu.

As the program moves forward, Dorian says they plan to continue including fruits and vegetables that students may have never seen or heard of. Rhubarb, coconut and bok choy are already scheduled to be featured in the upcoming school year.

“I'm just keeping the program fresh and changing up the fruits and vegetables,” Dorian says. “Students will sample it if you present it in the right manner. You create excitement around it and oftentimes [students] find they like it. They're very open to trying something whenever it's in a sample situation.”