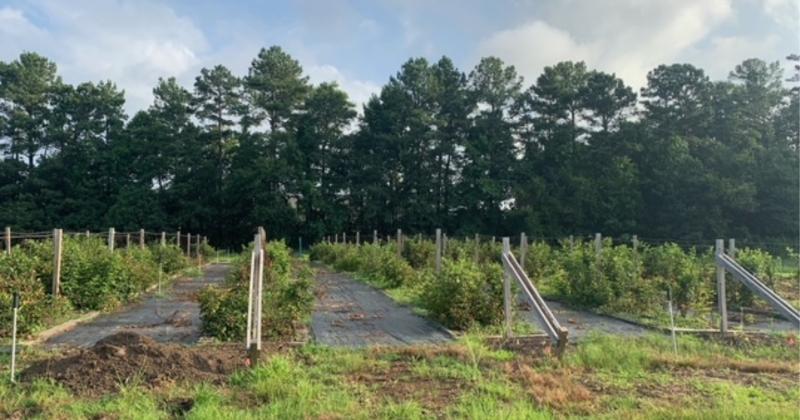 When Longview ISD Nutrition Director Phyllis Dozier wants an update on how the district’s garden is doing, all she has to do is look out the window.

“It's behind our administration building, so I sit in my office with big windows and I can look out at the garden and look at the workers and see what's going on and watch growth, and so it's been quite an event,” she says.

While the garden, located in Longview, Texas, is five acres and growing, it began as a small community project that allowed local residents to obtain sections of the then 2-acre lot to grow their own plants.

Participation was low, however, so Dozier and her team ended up with the entire area. In the couple of years since, they have removed trees and other debris to expand the garden, and it today grows a plethora of fresh produce that winds up on students’ plates throughout the year.

Currently, the garden is growing tomatoes, onions, garlic, peppers, bell peppers, jalapeno peppers, blackberries, blueberries and more, all of which go back into the foodservice program.

The district’s chef works with the garden manager to plan which items to plant and when they will be ready to harvest.

Garden-fresh produce is being used in summer meals and will continue to make an appearance in the fall. Dishes on the menu for the new school year include a baked potato bar and spaghetti with housemade sauce. The same tomatoes used in the sauce will also serve as a topping for burgers and sandwiches.

Later this month, the school board will get a preview of what students will be eating this fall when the chef hosts a farm-to-table dinner.

The garden lot still has some unused acreage, so the team would like to continue to expand. Future ideas include extra outdoor growing space and a grant-funded greenhouse with a teaching classroom as well as hydroponic and aquaponic gardens. The district’s master gardener is also looking to have all produce grown on site be organic.

While the project is still in the planning stages, the team hopes to have the new additions ready “before we need to plant our seeds for the fall,” says Dozier.