The genesis of Sarasota County Schools’ ambitious farming initiative traces back to the 1990s, when the idea was just a blip on a radar screen.

As Director of Food and Nutrition Services Sara Dan tells it, her predecessor, who grew up on an Indiana farm, wanted to raise the bar by replicating the farm-to-table experience she had lived as a kid.

Today, the 54-school district on Florida’s Gulf Coast offers insight into what farm-to-school programs may look like down the road: Its robust effort includes strong relationships with local farmers who provide produce to Sarasota County’s cafeterias as well as seeds for its 29 school gardens, where students can learn about agriculture hands-on as part of their curriculum. The district also began harvesting produce at its 5-acre proprietary farm for the first time this fall.

“We’ve done amazing things in food nutritional services, and this new farm is a shining example,” says Dan, whose district serves 5 million meals per year to 21,000 students. “It’s also piquing the interest of local residents—they’re wondering what’s going on over there.” 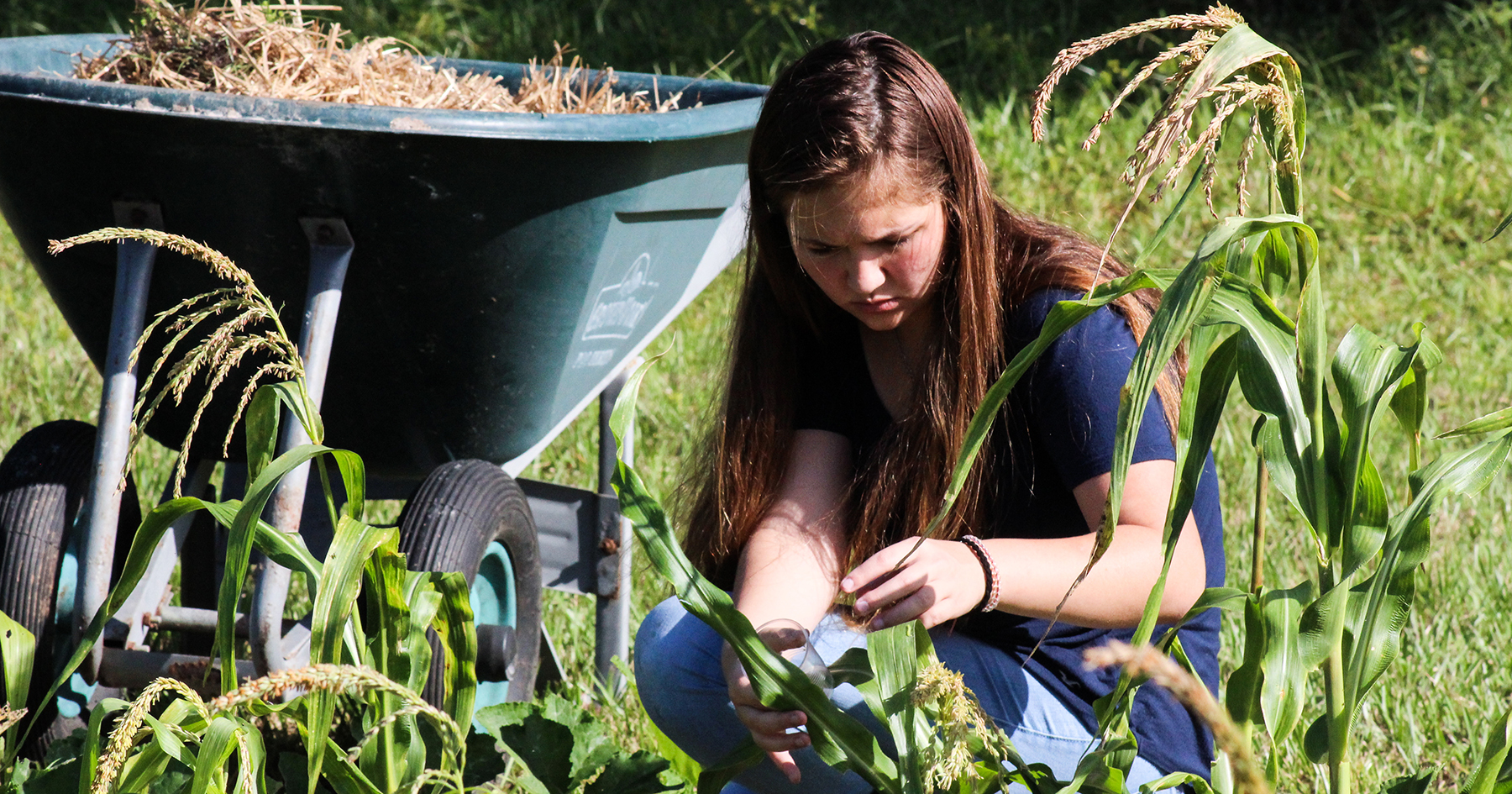 Using grant money to hire staff who operate across several levels was crucial. One integral hire was Carrie McDonald, coordinator of the district’s farm-to-school program, who says the initiative includes far more than tending to farms and gardens. “The effort involves everything from food tasting events to multimedia initiatives, such as producing educational videos,” McDonald says.

Produce, milk and eggs served in Sarasota County cafeterias are procured from local farmer alliances, and grant funding has helped maintain and grow this aspect of the farm-to-school investment.

“We have great relationships with our local farmers, who love working with us,” McDonald says. “It’s really fulfilling for them to know that what they grow is going right into the schools.”

The district is also partnering with a local produce distributor that has its own preexisting farmer relationships, with the aim of providing efficiencies through scale.

“We’ve done amazing things in food nutritional services, and this new farm is a shining example. It’s also piquing the interest of local residents—they’re wondering what’s going on over there.” —Sara Dan

One task on the docket: trying to determine whether the district’s existing farmer-partners are able to partner with the distributor. If that connection won’t work, then the district must adapt. “We have our own ‘microbuying’ program capped at $5,000 per year, where we work independently with our own farmer-partners outside that (distributor’s) circle,” McDonald says.

And throughout the entire process, Sarasota County’s spending must be kept in check. “It’s critical to stay within budget,” says Dan, who didn’t elaborate on what the district’s annual budget amounts to.

The beauty of working with so many Florida farms—whether they’re the district’s partners or those introduced by its distributor—is that the district can support small family farms because it’s a sustained, ongoing customer. This goes a long way in keeping local farmers solvent, Dan says. 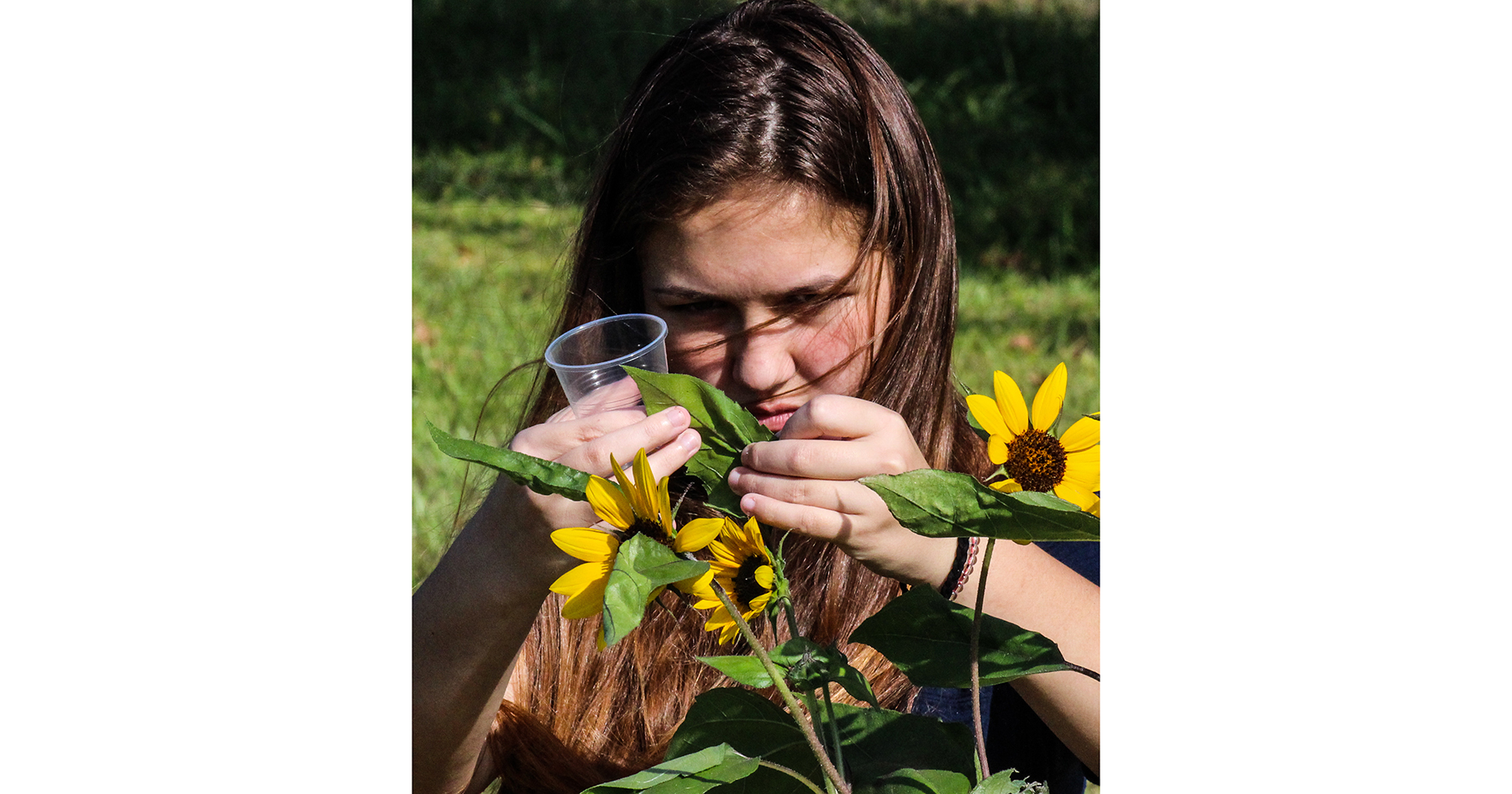 Students working in the district’s 29 gardens tend to peppers, cucumbers, tomatoes, beets, lettuce, fruit trees and more. They also help out at a greenhouse, nursery and several hydroponic systems. The produce harvested goes straight to cafeterias, where it’s served to students.

“We are keen on trying new things to see how they fly.” —Sara Dan

The district is always seeking to maximize the garden’s yields, McDonald says, adding that some plots have not been optimized to the fullest extent. Staff are seeking solutions to wring the most results from the 4-foot-by-4-foot gardens, which are overseen by third-party master gardeners.

“Let’s say one of those gardens is for salsa. You want to make sure you seed for peppers, cilantro and tomatoes—with a system in place where you’re planting and harvesting them in tandem,” McDonald says. “So it’s all about better planning ahead to enable it. Then, once one planting is wrapped up, it’s switched out (to make room for new plantings).”

The Sarasota County farm was given to the district by a local family known for its philanthropy. “The family wanted the 5 acres to be used for agriculture-related purposes,” Dan says. The land, situated on school district property at the McIntosh Middle School, is managed by Suncoast Technical College. Farming operations are overseen by Katherine Traugott, a local resident with an agriculture background.

“Katherine is constantly researching ways to grow new foods and is very immersed in the best ways to maximize use of the Florida soil,” Dan says. The initial harvest was slated for October, and the district will continue to grow an array of new produce through spring.

Items grown on the farm are a combination of traditional produce that the district already serves, such as lettuce, peppers and snap peas, and new additions, such as eggplant and dragon fruit, McDonald says. Two types of jalapenos are making an appearance, too, offering students some menu flexibility.

Through Traugott’s guidance, the district is also working with the University of Florida on integrating artichoke seedlings into the farm footprint. “The university is donating this to us,” Dan says. “We are keen on trying new things to see how they fly.”