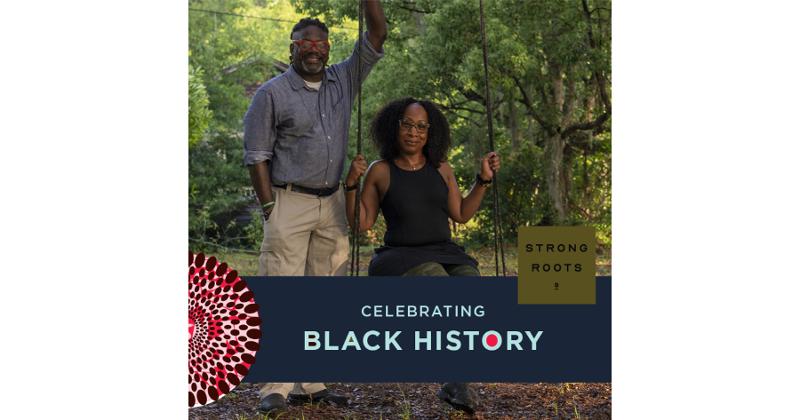 Students dining at a K-12 by Elior cafeteria are getting to experience Gullah Geechee dishes as part of a new partnership that aims to expose students to different cuisines during lunch.

Strong Roots 9, which began last year, brings together minority farmers, growers, chefs and naturalists to educate people about different types of cuisines and where their food comes from.

“We were looking at different opportunities where we could create our own business that would focus on returning to the roots of food and farming and community,” McDonald says.

The Gullah Geechee people are descendants of African slaves who worked on plantations along the coasts of North Carolina, South Carolina, Georgia and Florida. Their food is a fusion of African and European cuisines and features ingredients such as okra, sweet potatoes, peanuts, shrimp and oysters.

“If you look at some statistics, across the country, about 60 to 70% of African Americans can trace their ancestry back to being Gullah Geechee,” says McDonald. “The food and the food ways of the Gullah Geechee are very African descent combined with the passages of what's happened over the course of the world. So, there was a Spanish influence here, there’s an English influence, a French influence.”

Soon after starting Strong Roots 9, Raiford published a book entitled “Bress 'n' Nyam” (Gullah Geechee for Bless and Eat), which features recipes handed down to him by his grandmother. McDonald and Raiford both thought the book would be a great jumping-off point to create Gullah Geechee dishes for the K-12 audience.

One of the challenges the team faced in doing so was modifying the recipes so they could be made in a large-scale setting and also fit K-12 regulations without losing their cultural authenticity.

McDonald’s knowledge of the K-12 segment and her strong relationship with the K-12 by Elior team was essential to satisfying both of those needs, she says.

“We have different schools in different locations with different types of equipment and different skill sets,” says McDonald. “Having a strong relationship and understanding those dynamics also lends to the credibility of the dishes. We can say, ‘Alright, how do we make this work regardless of the skill set and regardless of the environment?’”

In K-12 by Elior’s latest Gullah Geechee dish, za’atar chicken topped with smokin’ hot ‘n sweet sauce served alongside Gullah rice and za’atar roasted potatoes, the team replaced traditional white rice with brown rice to fit federal regulations and developed it for cooking in an oven instead of over a range so that it would be easier to produce in large quantities.

Expanding into other Southern cuisines

Not only have the dishes been a hit so far, says Jim Stilwell, K-12 by Elior’s vice president of program design, but they’ve also provided an educational opportunity for students.

"We don't feed children, we feed students,” he says. “So, we're very mindful of the fact that we are in an educational setting, and where appropriate, to be able to offer up these distinct culturally relevant meals and sub-cycles within our menu has just been received very, very well.”

Looking toward the future, McDonald and K-12 by Elior are already at work creating additional Gullah Geechee recipes for students. They’re also trying to expand into other types of Southern cuisine, including Creole and Cajun. McDonald hopes these items can continue to help educate students on the vast array of cuisines that have roots in the South.

“There's this impression that, you know, Southern food is Southern food, right? So everyone from Virginia to Texas eats the same,” says McDonald. “But there are differences, there are nuances.

“There's quite a few things that we've got coming up in the spring that we're working on,” says Stilwell, “and we’re also very excited about the next school year.”