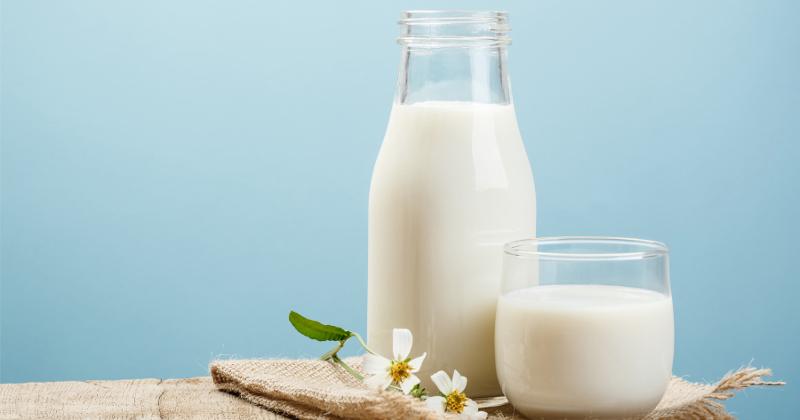 “Shelf-stable milk solves a lot of the issues, a lot of challenges that we have with regular fresh milk,” says Executive Director for Food and Nutrition Services Michael Rosenberger.

While shelf-stable milk comes with many benefits, its higher price tag may put it out of reach for the district. Dallas ISD is now about halfway through the pilot and is already weighing the milk’s costs and benefits.

There are many benefits to shelf-stable milk, Rosenbergersays. The milk’s longer shelf life gives the district more storage flexibility during school breaks and holidays, and the product can be included in meal bundles for students, such as the take-home meals Dallas ISD is planning to give out for spring break.

The cartons for the milk being tested are recyclable, and since the product doesn’t need to be refrigerated, it also allows the district to cut back on the amount of electricity being used.

“Refrigeration is expensive, it takes electricity,” says Rosenberger. “AC units are not the most environmentally friendly piece of machinery that you can have running, and so, we are anticipating that if we're able to make the transition to shelf-stable milk, we will need less refrigeration in the kitchens, so that means walk in coolers can be smaller and freestanding refrigeration units can be smaller.”

The milk is easier to deliver and store as well, Rosenberger says. Unlike fresh milk, which is packaged and delivered in milk cases, the shelf-stable version is delivered shrink-wrapped, allowing staff to quickly unload and store it.

“[Staff] don’t have to haul in all these cases filled with milk and then put the cases back out by the back door and wait for the dairy to pick it up,” says Rosenberger, adding that employees have also said the shelf-stable milk cartons are less likely to leak. “In a small kitchen, [leaking cartons is] a problem because then that means that’s going to leak in your refrigerator or in your milk box and that just creates another task that staff have to do, and [staff] happily report that this type of milk doesn’t leak. It appears to be sealed a lot better.”

Student feedback on the pilot so far has been positive, and meal participation has been up at all nine schools since it began. Rosenbergercredits the milk’s popularity to its taste, which is similar to traditional milk, and the shape of the cartons it comes in.

“They're pretty much like a juice box, to be honest,” he says. “So, they're more kind of rectangular than kind of squarish. They have a little straw, you know, kids love it. They know from juice boxes what to do.”

The pilot will wrap up at the end of the school year, and the team will spend the early part of the summer assessing data and anecdotal information from the test period.

One potential issue for the district is that, to Rosenberger’sknowledge, there isn’t a shelf-stable milk processing plant located in the central United States.

“Ideally, we would like to a get a plant a little bit closer to us,” he says.

Another potential barrier is the cost. Shelf-stable milk is at about a 33% price premium over regular milk, he says.

If the shelf-stable milk allows the district to spend less on refrigeration, however, the costs may balance out. Dallas ISD would also try to partner with nearby districts who would be interested in purchasing the product to increase the volume ordered.

“We've been assured that as your purchases go up, you know, volume matters, and the price should come down,” says Rosenberger. “But will it come down enough? That's what we need to see.”