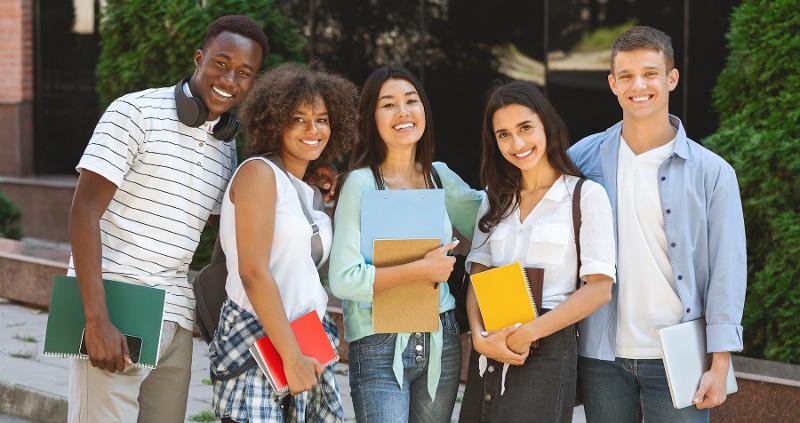 The study, published in the Journal of Nutrition Education and Behavior, surveyed 1,855 students in California before and after their use of campus food pantries to analyze the perceived impacts on their health.

It took place after research indicated that 40% of University of California students were experiencing food insecurity in 2015.

“This [2015 data] prompted the State of California to allocate funding so that by 2018 all UC campuses had a food pantry. Our study was the first to look at the impact these pantries had on changes in student health," Susanna Martinez, the study’s corresponding author, said in a press release.

The study found that access to a food pantry “directly improved students' perceived health, reduced the number of depressive symptoms they experienced, increased their sleep sufficiency, and boosted food security,” according to the release.

“These findings could be used to advocate for state or federal funding to support the work required to establish food pantries on college campuses nationwide,” the researchers said.

Nearly a third (30%) of college students had experienced food insecurity before the COVID-19 pandemic, according to a study published on Health Affairs, and recent surveys by the Hope Center suggest that rate has risen since, particularly among students at two-year colleges, making it a pressing concern for higher-ed campuses.

“Students who are food insecure are more likely to report indicators of stress and depression,” the Health Affairs study stated. “Food-insecure students choose cheaper, highly processed, often fast foods that can contribute to the overconsumption of added sugars, refined grains, and added fats.”

Furthermore, the study noted that these poor food choices have been linked with health conditions, such as obesity.

In response to the pandemic, many colleges enacted short-term food allowances and emergency meal funds, while others, such as the University of Michigan, expanded operating hours of campus food pantries to meet growing demand.

Recent legislation has also taken aim at food insecurity among college students. Federal SNAP benefits were temporarily expanded under the Consolidated Appropriations Act of 2021, allowing students who are eligible for federal work study or have a family estimated contribution of 0 to receive SNAP benefits until 30 days after the end of public state of emergency for COVID-19, which currently remains in effect.

Individual states have taken action in this area as well. For instance, the Hunger Free Campus bill looks to provides funding for food pantries on college campuses as well as state programs that allow students to donate extra meals swipes to their peers. According to nonprofit Swipe Out Hunger, the bill has passed in California, New Jersey, Maryland, Minnesota and, most recently, Louisiana.