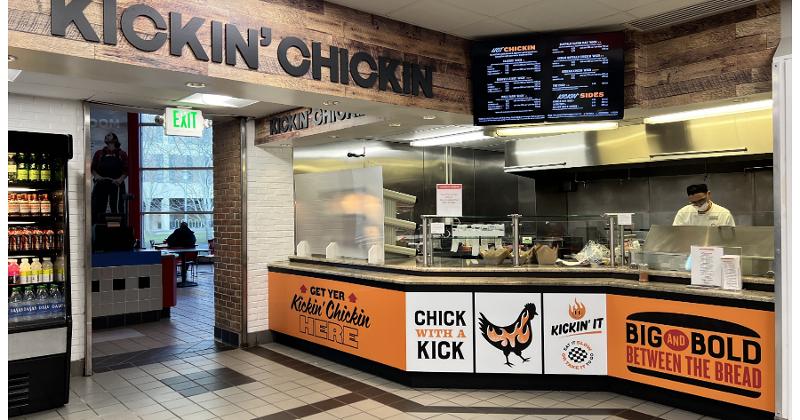 In creating Kickin’ Chickin’, the goal was to “take the fried chicken sandwich trend over the top and kick up the flavor,” says Peter Klein, director of culinary development for CulinArt. On the menu are six made-from-scratch sandwiches, including a vegan version featuring plant-based chicken tenders and cooked in a separate air fryer.

“We started by coming up with a flavorful dredge for the chicken,” says Klein. “It’s a combination of flour, baking powder, garlic, onion, ginger, cayenne, paprika and Italian seasoning.” To kick it up a few more notches, the culinary team also created a Kickin Spice Mix that can be sprinkled on afterwards—a blend of several dry spices that add flavor and heat, he says. 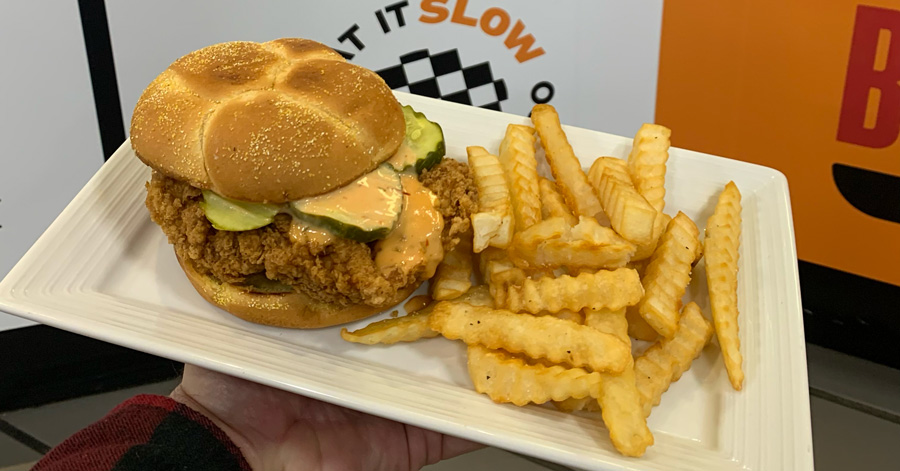 The Classic 'Wich photo by William Sheehan; courtesy of CulinArt

Each chicken breast fillet is lightly brined to make it juicier before it’s dredged and fried. The sandwich lineup starts with the tamest version: The Classic ‘Wich topped with American cheese, a Russian dressing-style sauce and bread and butter pickles.

Considerable thought went into the bun, too. “We went through lots of buns before we came across a Kaiser bun that’s a perfect fit for the chicken and doesn’t overwhelm it,” says Klein. “It holds up well to all the sandwich variations.”

Next on the menu is the Mozz Parm ‘Wich topped with marinara sauce, banana peppers and smashed mozzarella sticks; it’s comes in at the same heat level as the Classic, indicated by one chili pepper on the menu board. The Buffalo Bacon Mac ‘Wich (drenched in Buffalo sauce and topped with bacon and mac ‘n cheese) is marked with two chili peppers, while the Nashville Hot ‘Wich gets three.

With four chili peppers, the hottest sandwich of all is the Korean Kimchi ‘Wich, slathered with a barbecue sauce made with gochujang, brown sugar, rice vinegar and soy sauce, then topped with kimchi and a fried egg.

Kickin’ Chickin debuted in January and volume increased from 180 sandwiches on opening day to 210 on day three, CulinArt reports. The most popular were the Classic and Nashville Hot, but there were about a dozen takers for the vegan version.

“We spent two months developing this concept, and it’s going really well,” says Klein. “We intend to replicate it in other CulinArt accounts with some modifications.”

To nail authenticity at La Olla (which translates as “the pot”), Klein worked with two of Stony Brook’s Latin chefs and their home recipes, as well as those of some of the cooks. The concept features a weekly rotation of cuisines, including Cuban, Dominican, Puerto Rican, Colombian, Peruvian, Guatemalan and Haitian.

“It’s food the students [from Latin and South America] would find in their home countries,” says Chris Tonti, executive chef. 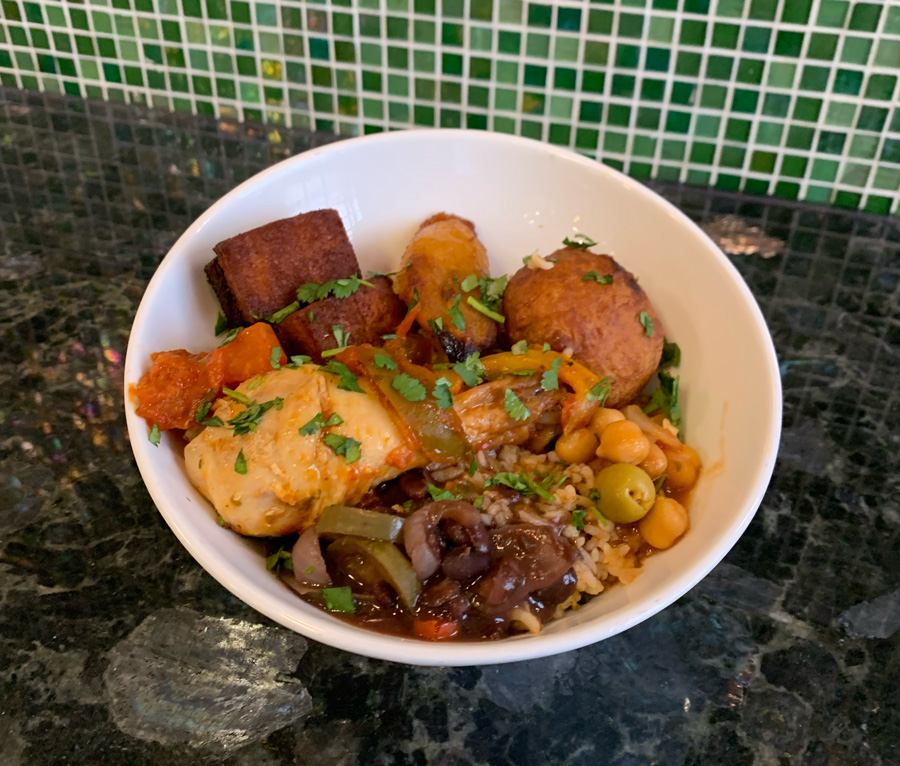 Instead of a building a bowl, students can also opt for a traditional street food, like the beef or vegan picadillo empanadas with mojo sauce offered during the Cuban week.

Along with adding authentic and vibrant Latin cuisine to campus, La Olla has proven to be a labor-saving concept. “A lot of the food can be cooked ahead and assembled quickly,” says Klein.