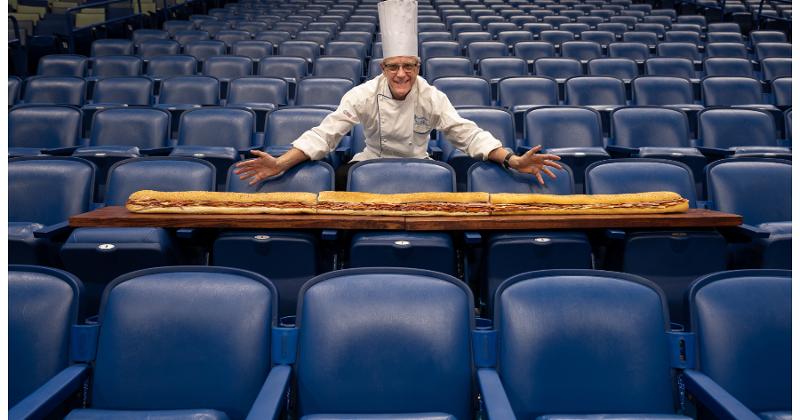 The Final Four men’s NCAA basketball teams take to the court Saturday, with more than 100,000 fans expected at New Orleans’ Caesars Superdome during the weekend tournament. Catering partner Sodexo Live! is making sure the spectators experience a taste of iconic Big Easy foods and flavors.

“We focused on local and regional specialties with some basketball-themed items, but we didn’t play off the locales of the Final Four teams,” says Kernell Jupiter, general manager (GM) for Sodexo Live!. The four college teams in the tournament—Villanova, Kansas, Duke and University of North Carolina—were finalized just days ago, and the culinary team started planning the menu much earlier.

“With tens of thousands of out-of-town guests visiting the Crescent City, known for some of the best food in the world, it is important that the local flavors and essence of New Orleans is a part of their visit here in the Caesars Superdome for the game,” said Zane Collings, GM for Caesars Superdome. “Sodexo Live!’s longtime service in New Orleans is sure to shine through.” 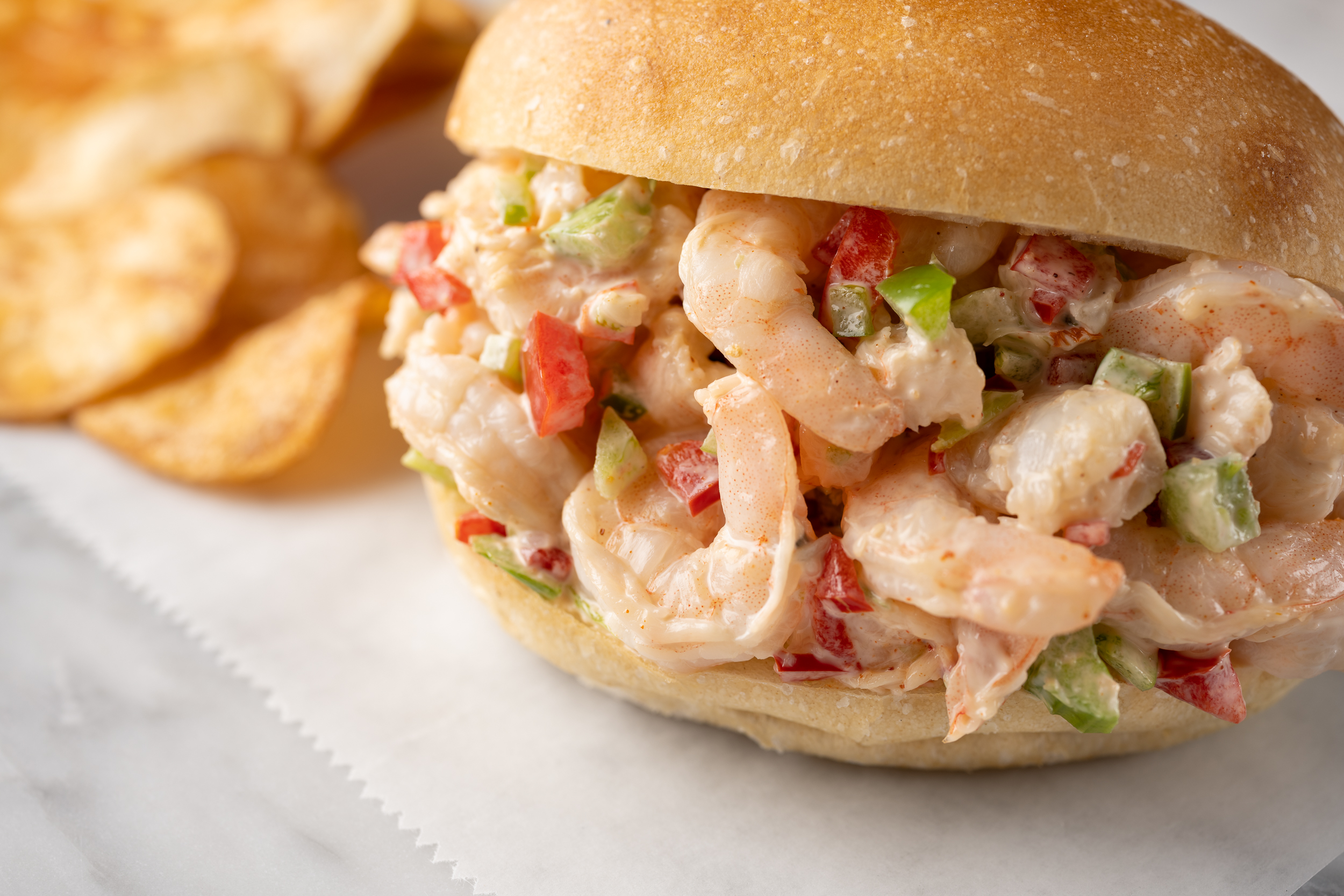 NOLA Seafood Nachos, for example, have a base of tortilla chips layered with shrimp and crawfish in a spicy queso, then topped with jalapenos and green onions. The Cajun Shrimp Salad Sandwich also incorporates local Gulf shellfish; it’s served on bread from Leidenheimer Bakery, a New Orleans institution, with a side of housemade kettle chips. 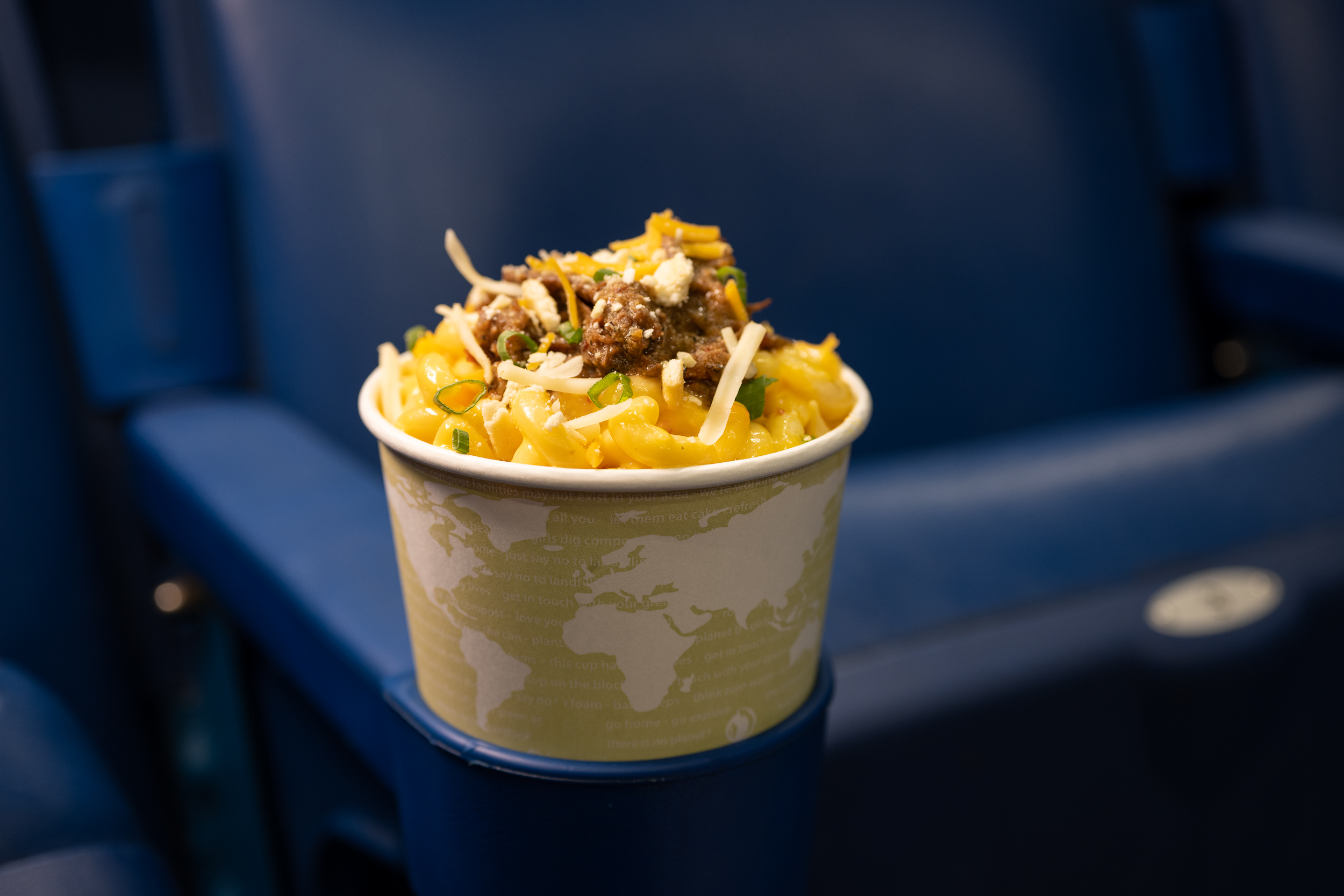 Guests ordering the Creamy NOLA Mac and Cheese can get it topped with roast beef debris—a Big Easy favorite made with bits of meat and gravy. Crumbled Goldfish crackers and green onions finish it off. There’s also a Jumbo Muffuletta sandwich—2 to 3 feet long—that’s sliced fresh to order as fans come through the line, says Jupiter. It’s filled with capicola, salami, provolone, Swiss and olive salad in traditional New Orleans style. 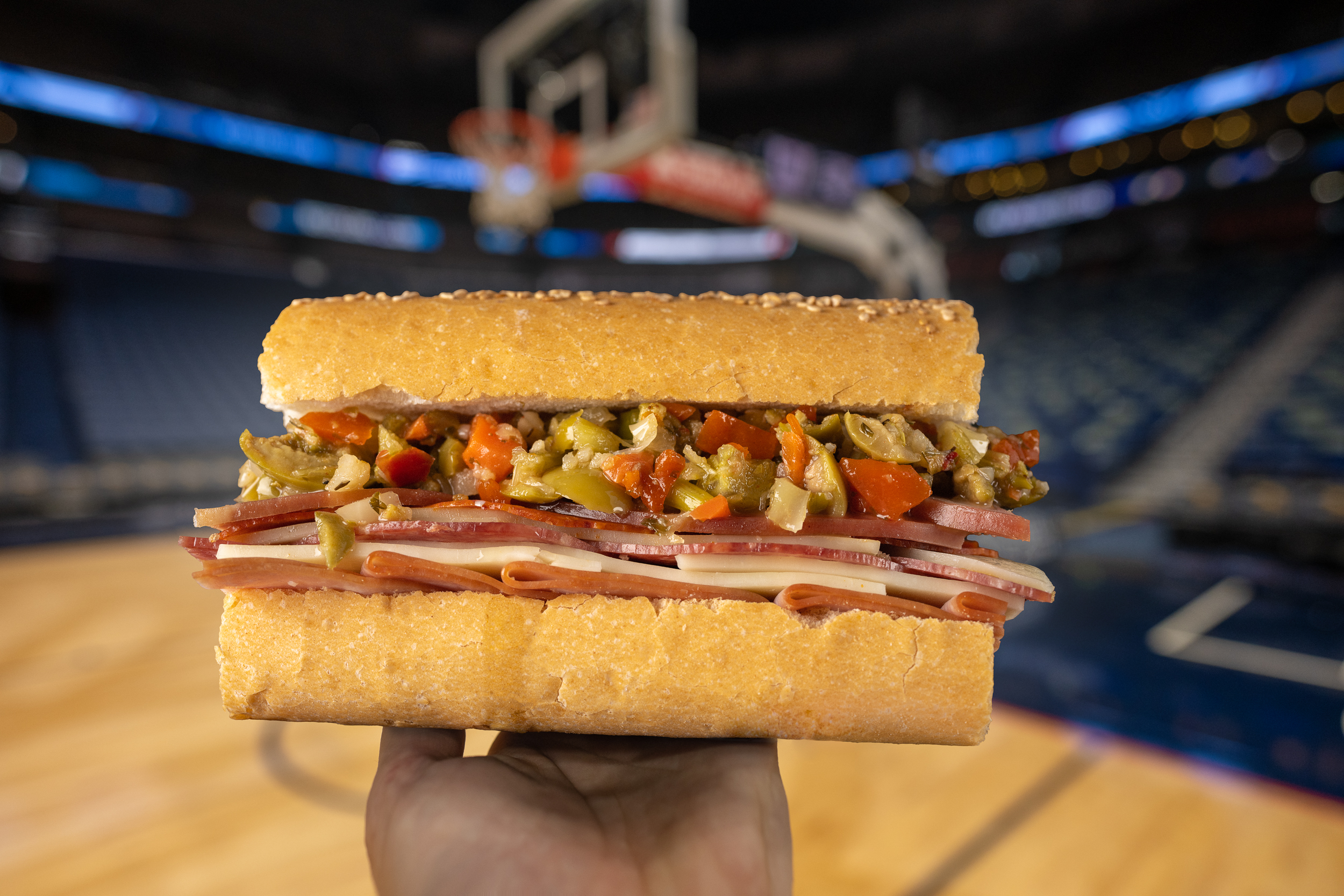 Alcohol service at the Superdome is limited to wine and beer, so the Sodexo Live! team created a Final Four champagne cocktail called the Slam Dunk Spritz. It’s served over ice and garnished with a dried orange wheel and fresh rosemary sprig.

With a net gain of 8,000 patrons on the foodservice concourse during the tournament, Jupiter changed up beer service to speed things along and prevent crowding. “Instead of ‘belly up to the bar’ service, we added coolers of domestic beer to grab and go,” he says. More POS locations were also added.

An automated robotic pizza station is another new attraction at Caesars Superdome, made possible through Sodexo Live’s collaboration with tech company Picnic.

The robotic pizza maker attaches to a pizza oven, explains Susan Fink, senior vice president for Sodexo Live! “The dough base travels along a conveyor belt and loads on toppings, then the pizza is automatically placed in the oven to bake,” she says. “It’s a new piece of technology that’s exciting for fans. We’ve tested it in the Las Vegas convention center and in Seattle Mariners stadium, but the Superdome is a brand-new venue.” 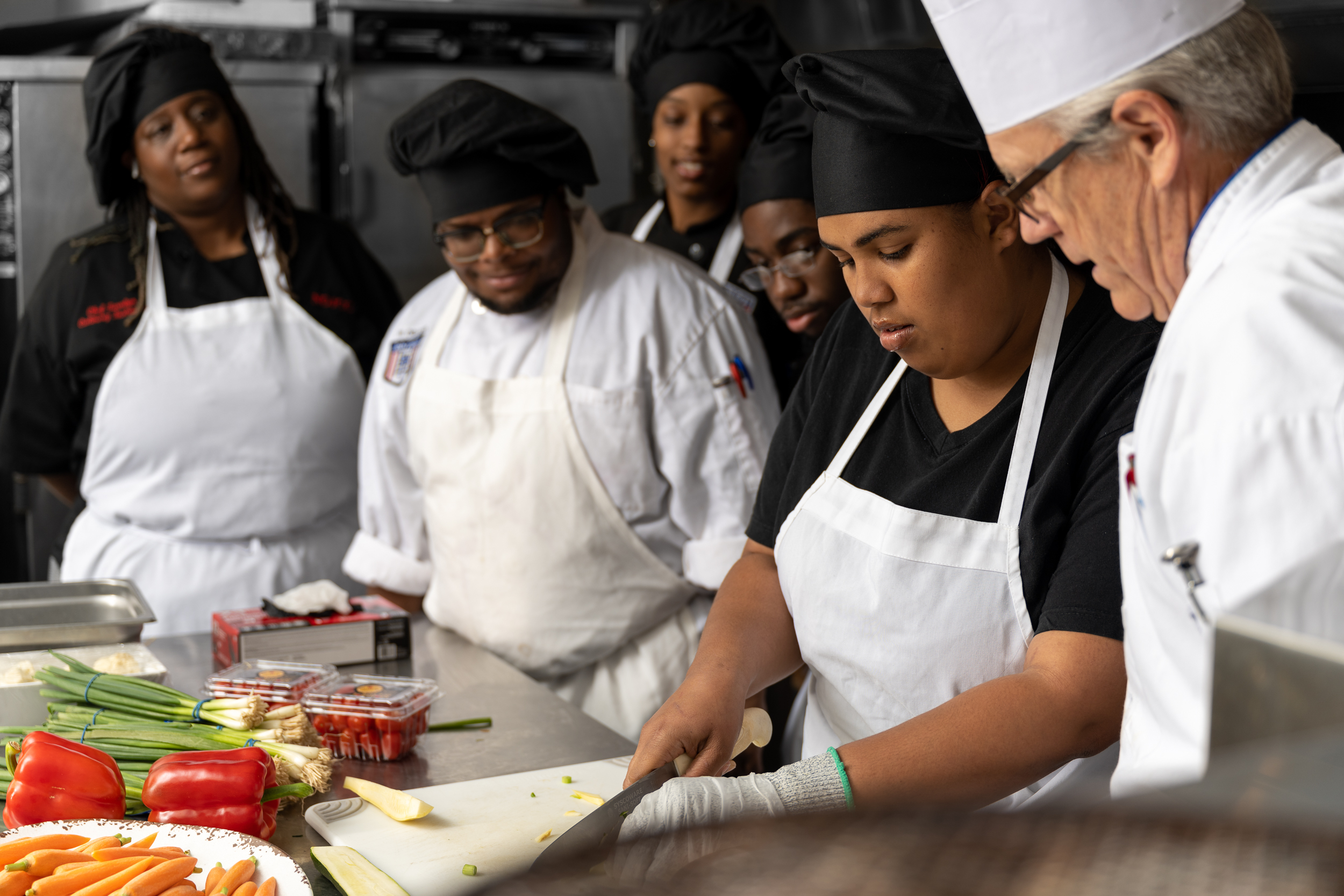 To accommodate the surge in customers for the Final Four, Sodexo partnered with several nonprofits to staff some of the stands, and the money earned goes back to their charities, says Fink. Additionally, Chef Martinsen oversees a work-based learning program for local high school students interested in a culinary career, and he brought a number on board for the tournament. The trainees get certified in ServSafe food handling, in partnership with the National Restaurant Association

This is the sixth time Sodexo Live! has hosted the NCAA championship games in New Orleans. Collectively, the foodservice team of Fink, Jupiter, Martinsen and regional vice president Steve Trotter has more than 100 years of experience running huge events like this one.