When HealthPark Medical Center in Fort Myers, Fla. opened the renovated Flavor Harvest Café last December, it gave a sorely needed upgrade to an outdated cafeteria that had previously been too small to adequately handle its customer base.

Another problem was that the old café was originally designed to serve 150 beds, Altier says, but the hospital was expanding to serve 350 beds.

Part of the impetus for the project was the growth of Golisano Children’s Hospital—the largest children’s hospital between Tampa and Miami—that is presently located inside HealthPark Medical Center.

In 2017, Golisano will relocate into its own 150-bed building, which will be connected to HealthPark.

That decision spurred administrators to look at HealthPark more closely to see what projects—like a cafeteria redesign—it could administer to support the growth of Golisano.

About two years later, HealthPark opened its new dining space, which has 112 seats in the cafe’s interior and an additional 70 seats in an adjacent hotel-style atrium.

“Conceptually, we tried to create a food court of sorts,” Altier says. “Instead of having just one action station in the servery, there is the potential for as many as seven action stations—five permanent ones and two that are seasonal or cuisine-driven.”

The fixed stations include a made-to-order salad bar, pita, wrap and juicer station called Veggie Fare; a sushi station with a chef hand rolling sushi in front of customers; a breakfast-all-day station, the Innovation Station where the chef can create a menu pattern of his or her own, and the Cosmos Grill, a unit that features international cuisines that rotate weekly using a mass-customization model.

“On Monday there are one or two features that customers can use to customize their meal as they prefer,” Altier says. “As the week moves on, we use a concept called stacking, where we keep adding features. By the end of the week customers have 10 features that they can choose from. Then, the following Monday, the station flips to another cuisine and we start over.”

A plan for the future

HealthPark now embodies what Altier would like to accomplish systemwide.

Flavor Harvest has become more than the name of the café; it is also the brand for the entire program. Patient foodservice is called Flavor Harvest Dining, and the home meal program for newly discharged patients is known as Flavor Harvest at Home.

That’s why, Altier says, this was not just a simple, run-of-the-mill renovation.

The food and design upgrades reflect the hospital network’s greater push for a healthier, plant-based diet that includes lean proteins, and fresh and unprocessed foods with customizable options. It’s a change in philosophy—one that administrators hope to incorporate throughout the health system in the future.

Although all foodservice facilities within the Lee Memorial Health System have received capital improvements over the last 12 months, the HealthPark renovation is considered “the capstone project” that will be used as a benchmark for future renovations, Altier says.

“This is what we would like each of our cafes to be,” Altier says. “Conceptually, it is a design that we are pushing each of our facilities towards.” 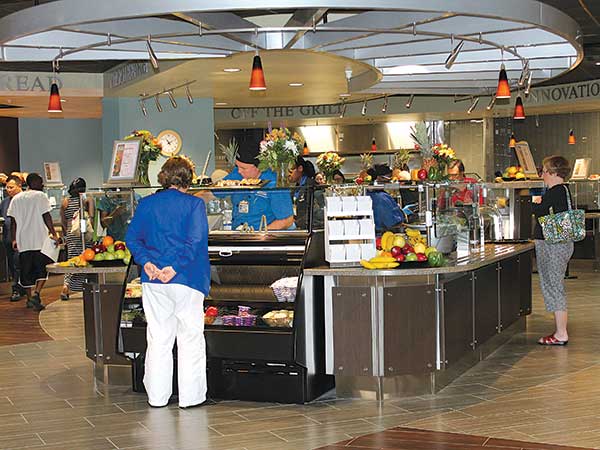 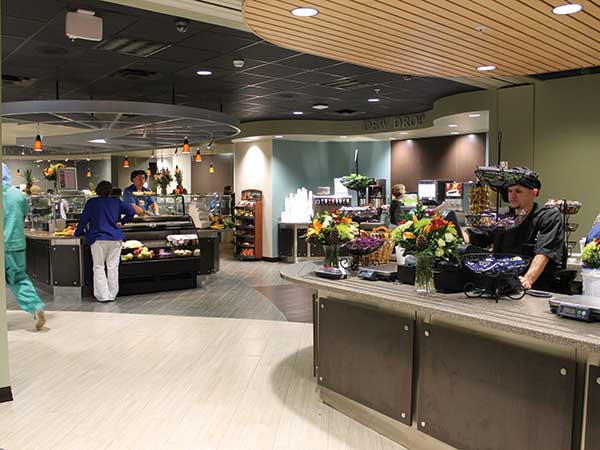 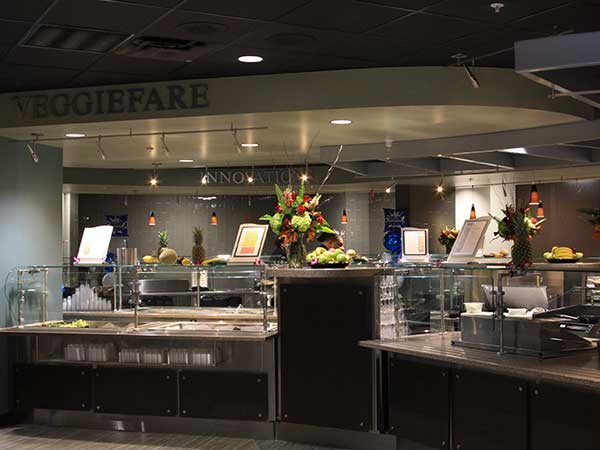 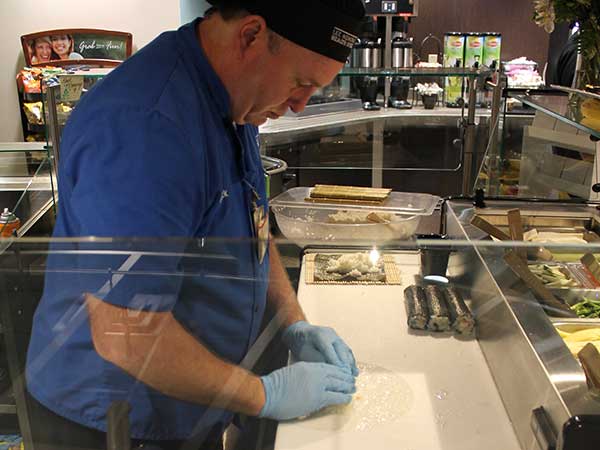