While catering a wedding for a previous employer years ago, Rahul Shrivastav—now director of catering at University of Michigan—found himself in a panic when an elevator malfunction put salad service on hold. “The wedding was in a very old building and the elevator had issues,” he says. “We had 200 plated salads in the freight elevator when it got stuck. The dinner needed to start—they were doing their toasts.” In a panic, Shrivastav hustled up a plan B: His team would station a chef outside the ballroom, and he’d plate new salads right there. 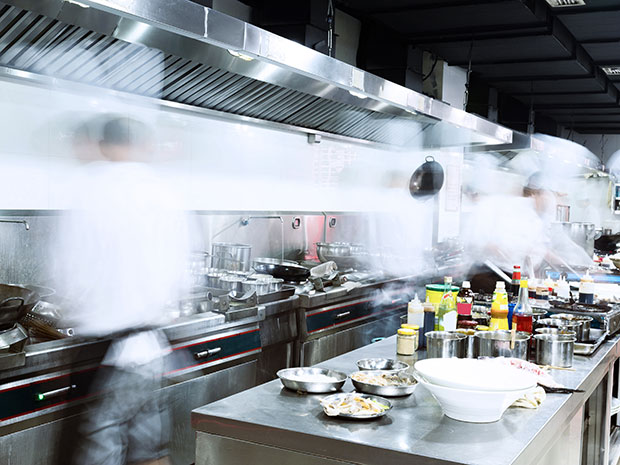 Luckily, the elevator was fixed in short order and the original salads were served just slightly late, but that snafu shaped Shrivastav’s approach for future events. Now he avoids preparing food off-site, always opting to remove travel issues from the equation. “How do you recover if the food doesn’t make it from there, or if something is stuck in traffic?” he says. He keeps extra plates chilled or warmed in case a last-minute replate is needed. He tries to have a backup plan in mind (or two), but as you can’t anticipate every possible thing that could go wrong, it’s most important to think on your feet. “Catering has so many uncontrollables; you have to be resourceful. When things go wrong in catering, it’s almost like a domino, one thing after another, then people start looking at every defect,” Shrivastav says. “If the salad goes wrong, then if the chandelier is not put up correctly, they’ll notice that. You have to stop that domino effect.” Keeping calm under pressure is crucial. “It’s almost like a duck that’s swimming on water that looks very graceful, and the feet are going crazy underwater,” he says.

“As long as it’s safe, ethical and moral, do what you need to do to make it work.”