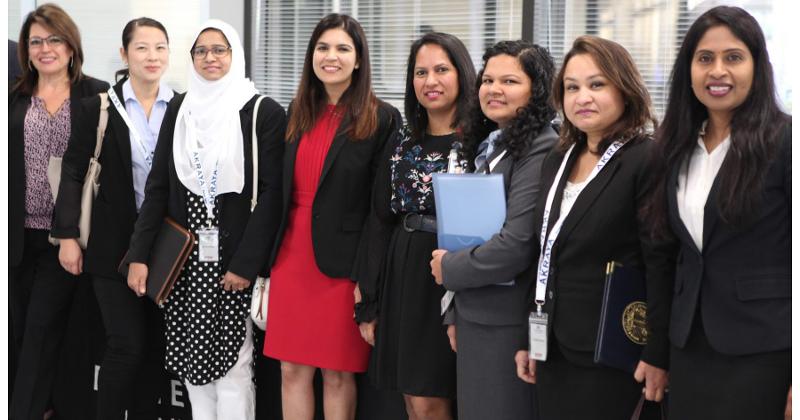 More than 2.5 million women left the workplace between February 2020 and January 2021, according to the U.S. Department of Labor.

Women are more apt than men to leave the workforce to care for children, look after aging parents and meet other obligations, a problem the recent pandemic intensified.

Some of these women were laid off, but others left to juggle the pressures of home schooling and other family responsibilities. Females lost 156,000 jobs during the above time period, while men gained 16,000, says Sonu Ratra, cofounder of Women Back to Work (WBW), a program that empowers women by offering a systematic pathway back to work and connecting them with employers who are looking to fill positions. “We help hiring managers realize that a gap in a resume is not a gap in talent,” says Ratra, a working mother and herself a former workforce returnee.

Sodexo signed on with Women Back to Work earlier this year, when the company was actively hiring after downsizing during the pandemic. “We always employed more women than men in our North American locations,” says Stephanie Payne, senior vice president and chief human resources officer for Sodexo North America. “About 70% of our employees are women.”

Sodexo lost 30% to 40% of its workforce at the height of COVID, says Payne, and looks to fill 5,000 managerial positions annually. WBW’s recruiters tap the database to flag and pull candidates that match with Sodexo’s openings. Staffing firm Akraya, which Ratra also helped start, operates the WBW database, which currently includes about 30,000 women.

Sodexo also flags the resumes so they don’t get lost among those that come in from other sources. “There’s hand-holding on both sides,” says Payne.

In addition, WBW offers mentorship and job coaching. “When a resume comes, we call the candidate and encourage her to attend one of our Power Hours,” says Ratra. “During these sessions, we help them craft an elevator pitch and point out volunteer or other skills that can translate into a leadership position. We stress the importance of ‘learning agility’ along with job experience.”

Sodexo’s hiring managers have been trained to look at learning agility and understand the need for flexibility—often an essential for women in the workplace. “The company lends itself to flexible work solutions,” says Payne. “Employees can work from zero days in the office on up, and we are very open to women who want to work from home. We manage performance—not the location from which a person is working.”

Since March, 15 candidates have applied for Sodexo jobs through Women Back to Work, says Payne. She looks at the partnership as a valuable way to promote a culture of diversity and inclusivity at Sodexo.