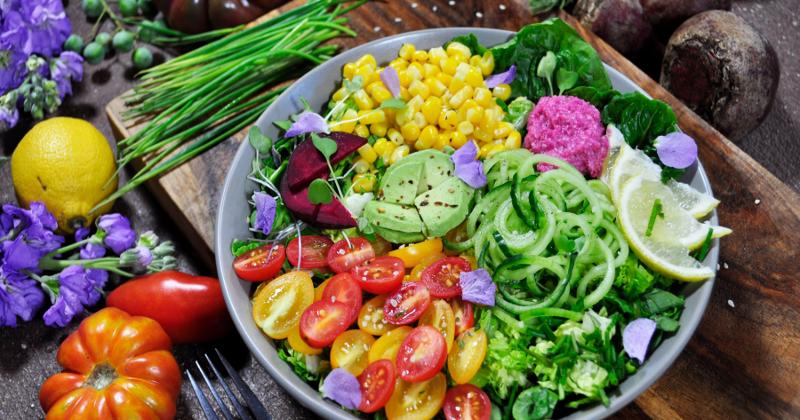 The Protein Sustainability Scorecard aims to find out what companies are doing to keep their sustainability goals / Photo: Shutterstock

The Protein Sustainability Scorecard aims to find out what companies are doing to keep sustainability promises, HSUS said in a statement. HSUS accomplishes this through a survey focusing on transparency, goals and a plan of action. It then awards companies with points and a letter grade ranging from A to F. HSUS also provides private feedback with customized recommendations to help companies increase their scores.

“While several companies are demonstrating leadership and backing their sustainability promises with actions, others demonstrate a need for improvement. Some companies have made public sustainability pledges and greenhouse gas emissions reduction commitments, while having no public goals on increasing their percentage of climate-friendly, plant-based offerings,” HSUS said in a statement.

Sustainability continues to remain important to consumers, and plant-based foods continue to trend in both colleges and K-12 schools. Some student feedback suggests that K-12 students want more plant-based foods in schools. Additionally, a recent survey of Midwest university students found that out of the 1,400 students surveyed, 55% had tried a plant based alternative to meat.

Here is a quick overview of the top-scoring foodservice companies and their plant-forward efforts.

Sodexo comes in at No. 2 with a score of 270. Currently, the company’s menus are on average 21-25% plant based. According to the HSUS report, Sodexo aims to increase that average to 33% by 2025. (Sodexo’s US Campus segment has a goal of 33% by 2024 and 42% by 2025.) HSUS said that this fall, Sodexo campuses will include a default plant-based protein at exhibition stations. “The Sodexo Campus segment is leading the way, and the HSUS encourages all Sodexo segments to follow suit to solidify the company’s place as an industry leader within the future of foodservice,” HSUS said in the report.

No. 3 on the scorecard, with a score of 245, is Fresh Ideas Food Service Management, which was recently acquired by Chartwells’ Higher Education division. Currently, plant-based averages 5-9% of the company’s offerings, but it aims for 50% of its entrees to be plant-based by July 2025, a goal it plans to meet by offering one plant-based entree for every meat-based option. HSUS said Fresh Ideas is the first foodservice management company to have this goal.

Cafe Services comes in at No. 4 with a score of 240. Its menus are, on average, 31-35% plant based. Cafe Services will shift its menus so that 33% of all entrees offered will be plant-based at all accounts by the end of 2024. HSUS said that the company’s “green initiatives” help to address greenhouse gas reduction by local purchases. Additionally, Cafe Services also offers plant-based education to customers and is implementing new plant-based recipes for accounts to use annually.

The last company to make the top five is Southwest Foodservice Excellence, with a score of 240. Plant-based offerings make up 21-25% of its menu, and the company aims to increase that by 10% by the end of 2024. Southwest Foodservice Excellence said that it seeks to collaborate with innovative companies and culinary leaders that align with its goal of increasing plant-based options. For example, the company recently partnered with Chopped champion chef Cory Oppold to introduce a new plant-based tostada to schools. The company also tracks the carbon emissions of its procurement practices and menu offerings, and deploys marketing campaigns focusing on plant-based initiatives.