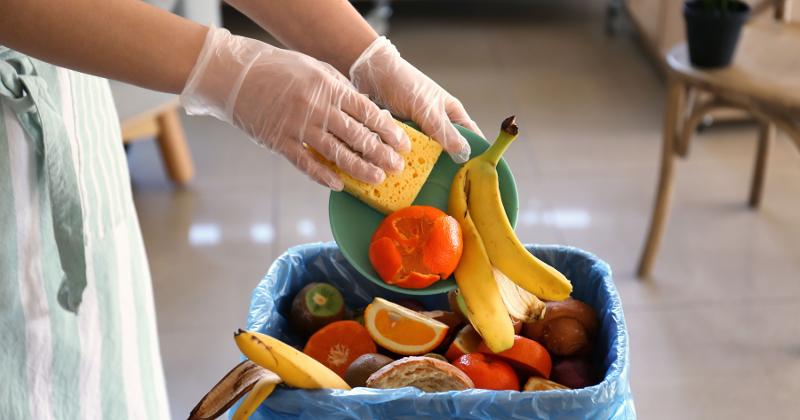 Troy University is making strides in reducing its food waste.

About two years ago, the Alabama university’s dining team implemented a program called Waste Watch through its foodservice provider, Sodexo. That program is powered by Leanpath, a food waste solutions company, and it allows kitchen staff to measure the amount of food waste they’re generating.

As a result of the program, Carla Mordica, Sodexo’s director of operations at Troy University, has been able to pinpoint problem areas and make changes.

“I think that the main issue is that we are finding that the food waste comes in the preparation stage, so we’ve been working with our kitchen staff to reduce the amount of ingredients that they use,” she said. “And then portion control is also a major issue.”

According to Jessica Synkoski, vice president of sustainability and corporate responsibility at Sodexo, one of the benefits of the program is that it allows employees to become engaged in the process of food waste reduction.

“One of the things that I like about this program is that means that our kitchen staff, they’re the folks that are actually helping us make a difference in a really tangible way, day in and day out. They’re the ones that are actually reducing carbon, not just talking about it, but actually making it happen,” she said. “It’s a great way to kind of help engage the staff and help them understand the major impact that they can have.”

Waste Watch is centered around change management, according to Synkoski, and allows kitchen staff to weigh waste before it’s discarded. Operators are then able to analyze the data collected to determine which foods they’re wasting the most of.

“You can have a really big impact when you are able to reduce the source of the waste, so you’re not purchasing that food in the first place,” she said.

According to Mordica, data collection is the most valuable aspect of the program: “The main pro of the program is the data collection. So, we are able to sort of pinpoint the different areas where we do need to reduce food waste, whether it is with a starch, in the trimmings, or whether its vegetables and things like that.”

The goal behind gathering the data is to help operators make purchasing decisions with limiting waste in mind.

“It helps us with that decision making, and of course that also will have some cost savings implications as well,” Synkoski said.

Waste Watch is “really the main driver we have to reach our global commitment,” Synkoski said.

On average, after implementing the program, Sodexo sites have reduced their waste by about 50% according to Synkoski.

“Actually, this past year we reached a 53% reduction at those sites that are using the Waste Watch powered by Leanpath system. So, it really does prove itself in terms of being able to help those sites reduce their waste,” she said.

Menu innovation is another way the foodservice provider is working to reduce waste. Synkoski said that Sodexo is focused on creating sustainable menus through ensuring high ingredient usage.

”So, for example, if a kitchen notices that they’ve got excess of a particular type of waste, let’s say its vegetable waste,” she said. “If we can shape the menu so that on Monday you’ve got sliced carrots, but on Tuesday, you’re doing carrot top soup.”

Sodexo’s waste reduction efforts also support its larger sustainability goals. The company is moving forward with a net zero emissions strategy by 2040, according to Synkoski. Its sustainability platform, titled Better Tomorrow, is aimed at addressing the avenues where the company believes it can have the biggest impact. One of those avenues is food.

“We’re a quality-of-life company, and we touch so many people around the world with the services that we provide, it gives us a great opportunity to start to impact these different areas,” said Synkoski. “One of the things that we think about a lot is food. There’s such a focus on the food system, and we’re a player within that food system, so we can start to make change in that space.”