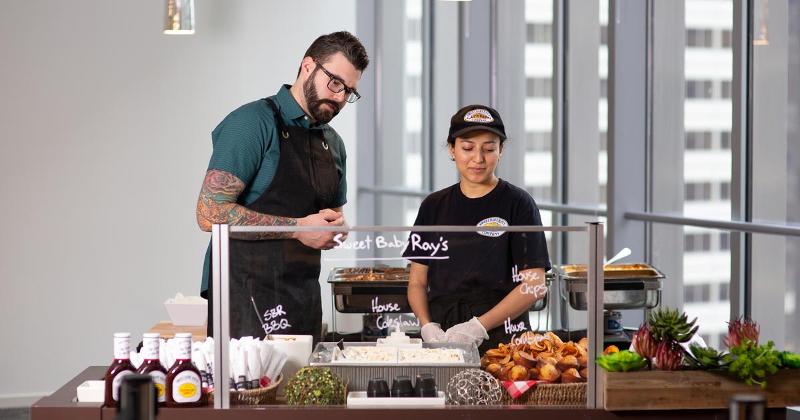 Boredom is our biggest enemy.

Those five words have been James Kallas’ mantra during his 30 years with Compass Group. As the largest contract-dining company in the U.S., Compass runs foodservice operations in every noncommercial segment—including schools, colleges and senior living. Kallas has been instrumental in innovating venues across segments, but most recently, he’s been shaking up B&I with a branded concept called FoodWorks. (At the time interviews for this story were being conducted, Kallas' title was division president.)

Each FoodWorks station, set up in office buildings where the Eurest division of Compass operates cafes, features rotating pop-ups drawn from the local community. The goal? To partner with independent, chef-driven restaurants, neighborhood eateries and startups that can bring unique and creative dining choices to the corporate setting.

“The same people working together every day don’t want to go to the same place to eat every day,” Kallas says. “Rather than respond with another internal concept, why not bring in local restaurants?”

FoodWorks is now operating in 20 cities, including Boston, Denver, San Diego, Minneapolis, Phoenix and Chicago. In the year since its launch, the idea is turning out to be a win-win-win, Kallas reports—for the restaurants, their patrons and the Compass operators on the ground.

Here’s how it works: Compass acts as an intermediary, bringing interesting menu options to office workers and providing free real estate and equipment for the restaurants—as well as insurance and operational support. Participating restaurateurs get free publicity and a built-in customer base, as patrons often visit the restaurants’ other locations outside of work. The restaurants pay Compass a commission, but each receives a majority of the revenue from daily sales.

"For Compass to acknowledge that diners are looking for options other than what Compass provides is pretty groundbreaking." —James Kallas

“FoodWorks cares about my profitability,” says Kaushik Guha, proprietor of Hakka Bakka in Chicago. “They ask me, ‘How much do you need to make this work for you?’ I know what my break-even point is, and they’ve been so cognizant of that, putting us in locations where we’ve blown that number out of the water several times over. It feels like a true partnership.”

The pop-ups also provide valuable marketing, many of the vendors report. “We’ve gotten several catering opportunities from just one week of doing a pop-up,” says Johnny Cannon, owner of Sweet Magnolia’s Southern Cooking in Southfield, Mich. “That was exactly the kind of exposure I was looking for in our second year of being open.” 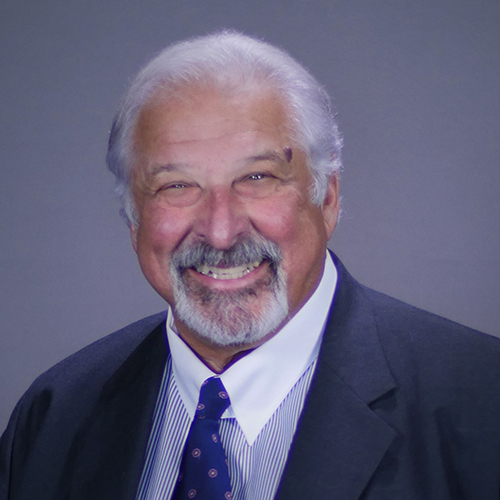 To tap into the local food scene, Compass employs scouts in each city, who vet restaurants, talk to area chefs and owners and connect them to FoodWorks. “The scouts are a very passionate group,” says Kristen Lowe, who leads FoodWorks’ marketing. “They’re really interested in people’s stories and helping them through the process of setting up a pop-up.”

Further embracing the community angle, local sourcing is an essential part of Compass’ mission, Kallas says, and the FoodWorks model has an exponential effect, improving the economy for local producers, growers and purveyors. Additionally, FoodWorks runs an incubator program called Apron Exchange, providing pop-up space for women- and minority-owned food startups. And through partnerships with local culinary schools, students can gain experience running a guest restaurant in one of the pop-ups, with proceeds going back to the school.

At FoodWorks locations, “I wanted to create a culture that was hipper—much like the restaurants they embody,” says Kallas, who came up with the name “scouts” for staffers who vet the pop-ups. “Our first annual meeting is called a ‘jamboree,’ and staff members are encouraged to come in costume. Being in the hospitality business forces us to stay on the cutting edge.”

So far, his leadership strategy is spurring growth—not only for FoodWorks, but for Compass as well. Sales at the pop-up stations average $1,000 a day, which is comparable or superior to other Eurest locations. Revenue also has increased at the company’s branded cafes and markets because customers patronize these spots for beverages.

To tap into the local food scene, Compass employs scouts in each city, who vet restaurants, talk to area chefs and owners and connect them to FoodWorks.

Now, the business development team is working with Eurest locations that have mini marts to see how a FoodWorks station could fit, Kallas says. Snacking is another opportunity, and then there’s catering, he notes.

Currently, he’s ramping up support staff and tech to ready FoodWorks for expansion, shooting for 24 cities by the end of 2020. Aside from B&I venues, FoodWorks is popping up at healthcare locations through Compass’ Morrison division and in college dining via Chartwells. “For Compass to acknowledge that diners are looking for options other than what Compass provides is pretty groundbreaking,” Kallas says.

And feedback reveals that bored diners might be a thing of the past: “We've seen that our guests really love the variety that comes from having FoodWorks with us,” says Jillian Kingsbury, assistant general manager at Forum 55 in Chicago. “Guests are showing up repeatedly to try new options."

Why University of Mary Washington opened a ghost kitchen