Justin Johnson succeeded in reinventing the foodservice program at Watertown (Wis.) Regional Medical Center during his nearly three years as its executive chef and foodservice director. Now he plans to offer his skills to other restaurants and non-commercial operations through a consultancy called Sustainable Kitchens. 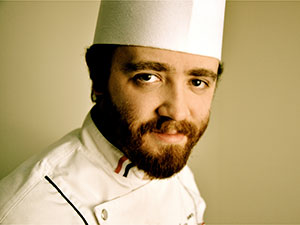 Johnson announced that he would be leaving Watertown next month. However he has already begun working with some clients, including a healthcare center.

“The goal of Sustainable Kitchens is to evaluate food and operations in both commercial and non-commercial operations and, based on those evaluations, develop systems, processes, recipes, menus, branding and training in an effort to improve quality and increase revenue,” says Johnson. “Sustainable Kitchens will aim to provide a number of services to both the commercial and non-commercial sectors but will specialize in helping healthcare kitchens transition to from-scratch cooking, implement onsite farms and train existing staff to give them the skills to succeed in a ‘real’ food focused operation.”

Johnson adds that one of his goals is to offer his culinary services to hospitals that can’t afford a full-time chef, to “get my hands dirty by implementing lasting change” as he helps them rewrite menus and train staff.

Johnson has the perfect model in Watertown. He was hired in April 2012 to build a new foodservice program from the ground up. Administrators told him they wanted not only top-flight patient foodservice but also a restaurant that would rival any commercial establishment.

In response, he created Harvest Market, a 95-seat restaurant, retrained all existing staff in restaurant-style service, and set up an 11,000-square-foot garden on the hospital’s grounds that, in a good growing season, can produce as much as 85% of the produce used by the hospital’s foodservice. For his efforts he was named FoodService Director’s FSD of the Month in May 2014.

In 2013, Johnson was one of 15 chefs chosen to participate in the most recent Culinary Enrichment and Innovation Program, a two-year continuing education program co-sponsored by The Culinary Institute of America and Hormel. That same year, he was nominated by the National Restaurant Association for its Operator Innovations in Sustainability Award.

“I think there is a real need for this,” Johnson says of Sustainable Kitchens. “We need to get more chefs and restaurateurs to focus more on having a relationship with food.”