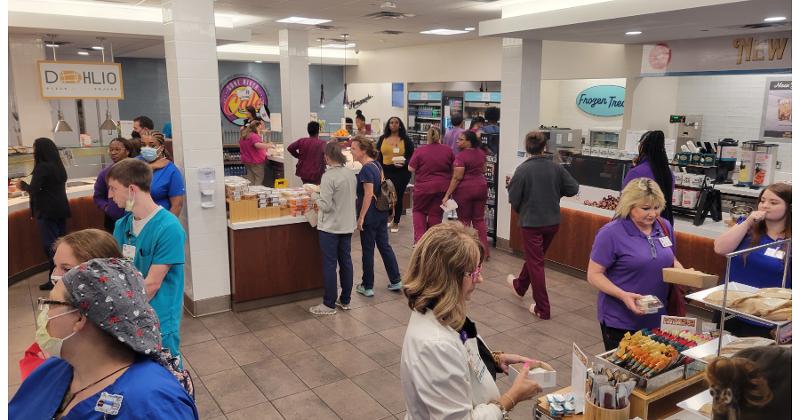 The Cane River Cafe at Natchitoches Regional Medical Center in Natchitoches, La., opened at the end of June, and sales and traffic are already exceeding expectations.

“We wanted to transform the operation from a typical hospital cafe into a destination that would drive business from the surrounding community,” says Jared Levin, senior director of marketing for Cura Hospitality, the foodservice management company for the medical center.

Levin masterminded the overhaul, rebranding the space, introducing new concepts, refreshing the menu and tweaking the design to enhance engagement. The result: Sales have increased by more than 52%, traffic has grown by 27% and check averages are up nearly a dollar in less than a month, he says.

It starts with the name

The operation was formerly called the NRMC Cafe, so Levin’s first step was to rebrand it with a name that connects to the community. (The Cane River flows through Natchitoches Parish in Louisiana.) In addition, customers no longer have to enter the cafe through the hospital; there’s now an outside entrance convenient to the parking lot.

Next, Levin got to work on the concepts, starting with the coffee bar. Previously, Community Coffee, a local brand, ran the coffee station. “But while it had name recognition, it was underutilized,” says Levin.

So he brought in four other coffee suppliers and held a tasting, led by representatives of each brand, including Community Coffee. Hospital employees sampled all four and answered a survey to choose their favorite. “PJ’s Coffee, a New Orleans roaster and another local option, was the winner,” says Levin. “We worked with them to rebrand the space with their name.” 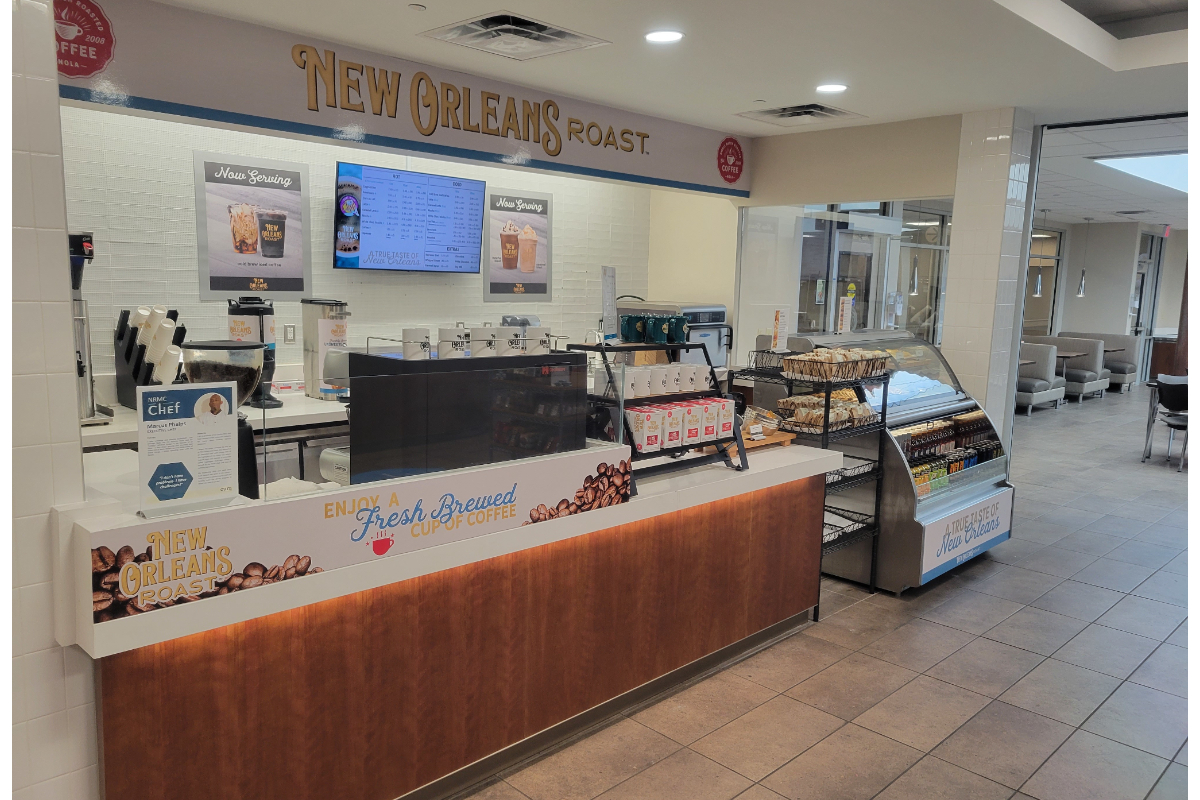 PJ’s Coffee is the first station customers see when they walk in. Bold graphics and a display of baked-in-house pastries, sandwiches, snacks and branded merch greet guests. “People see right away that it’s not your normal hospital cafeteria,” Levin says.

A digital menu replaced the chalkboard, offering everything from build-your-own breakfast sandwiches in the morning to muffulettas and paninis at lunchtime and ice cream novelties with toppings for afternoon snacks.

Speaking of snacks, Levin made sure to expand the packaged selection, as nurses like to purchase treats to nosh during the day at their stations. The choices range from healthy veggie chips to energy bars and premium chocolate.

Next stops on the tour

Tryon Market is the upgraded grab-and-go space. Levin flipped the layout so that customers are now tempted by food first, rather than beverages. The selection includes basic sandwiches and salads, yogurt parfaits, soups and fresh-cut fruits. “Not every guest wants a container of mixed fruit, so we offer separate containers of pineapple, melon, etc.,” he says.

A new addition to the market is a Heat at Home program. These are family-size meals to take home, such as whole roast chickens and sides for four—a demand that increased during the pandemic. 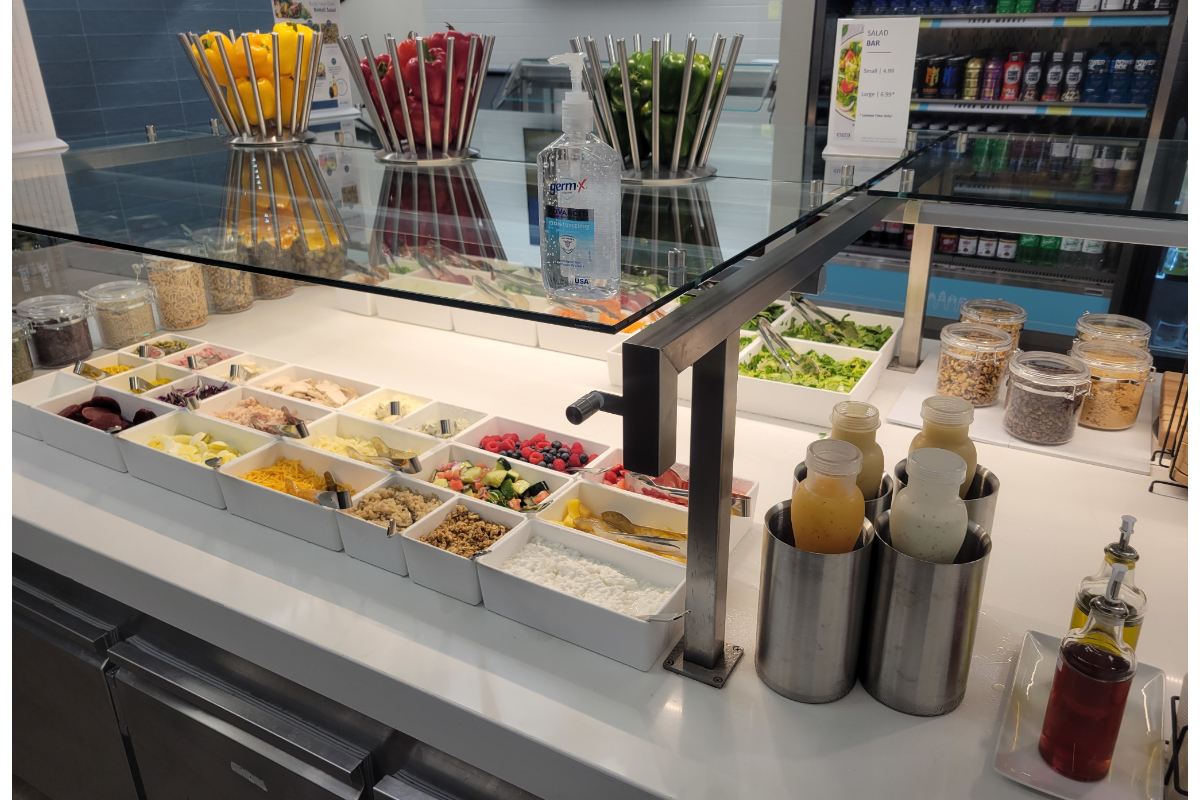 The salad bar was completely revamped, too. The cafe already had a frost-top display case for the salad bar, and while that makes for a nice presentation and keeps everything well chilled, it also limits ingredients to those that don’t freeze easily.

To overcome that, “we purchased new pans that keep food from freezing on the salad bar,” says Levin. Cane River Cafe now offers three types of greens, four proteins, three cheeses and 30 toppings—including seven dry add-ons, such as pecans, croutons and walnuts. “These have been a huge hit,” he says. Salad dressings are displayed in wine chillers to make more room for all the toppings. Customers are charged by the container size, not the pound.

“We are positioning it as the best salad bar in town,” Levin adds. 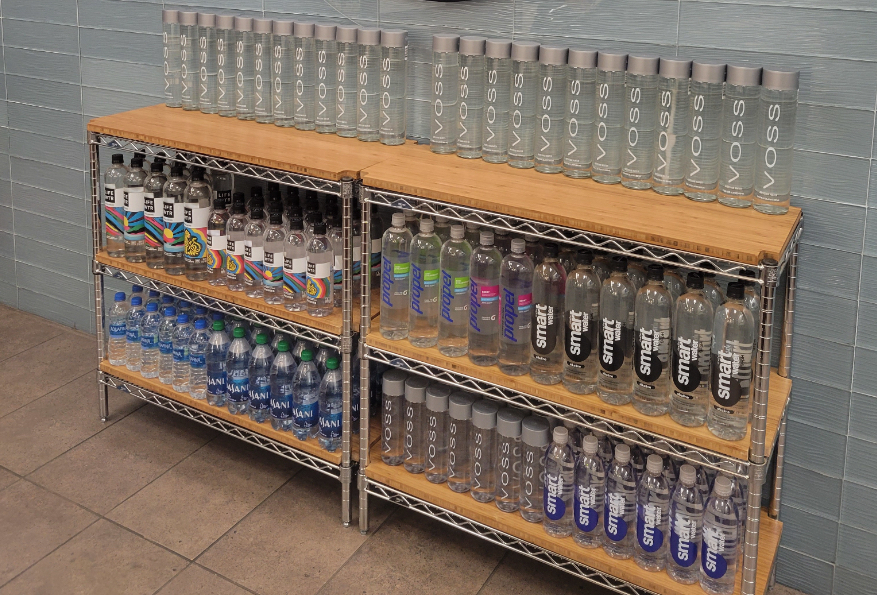 Moving on, guests come to the water wall—a display holding 10 brands of bottled waters in various sizes. This is just one facet of the cafe’s greatly expanded beverage selection, which includes bottled coffees, energy drinks and canned sodas.

Fountain drinks have also gotten a major facelift. Eight taps dispense different flavors of craft sodas, including choices like pineapple hibiscus and orange cream. The space also includes a SodaStream, an app-based piece of equipment that makes sparkling water to order and keeps track of a customer’s preferences. 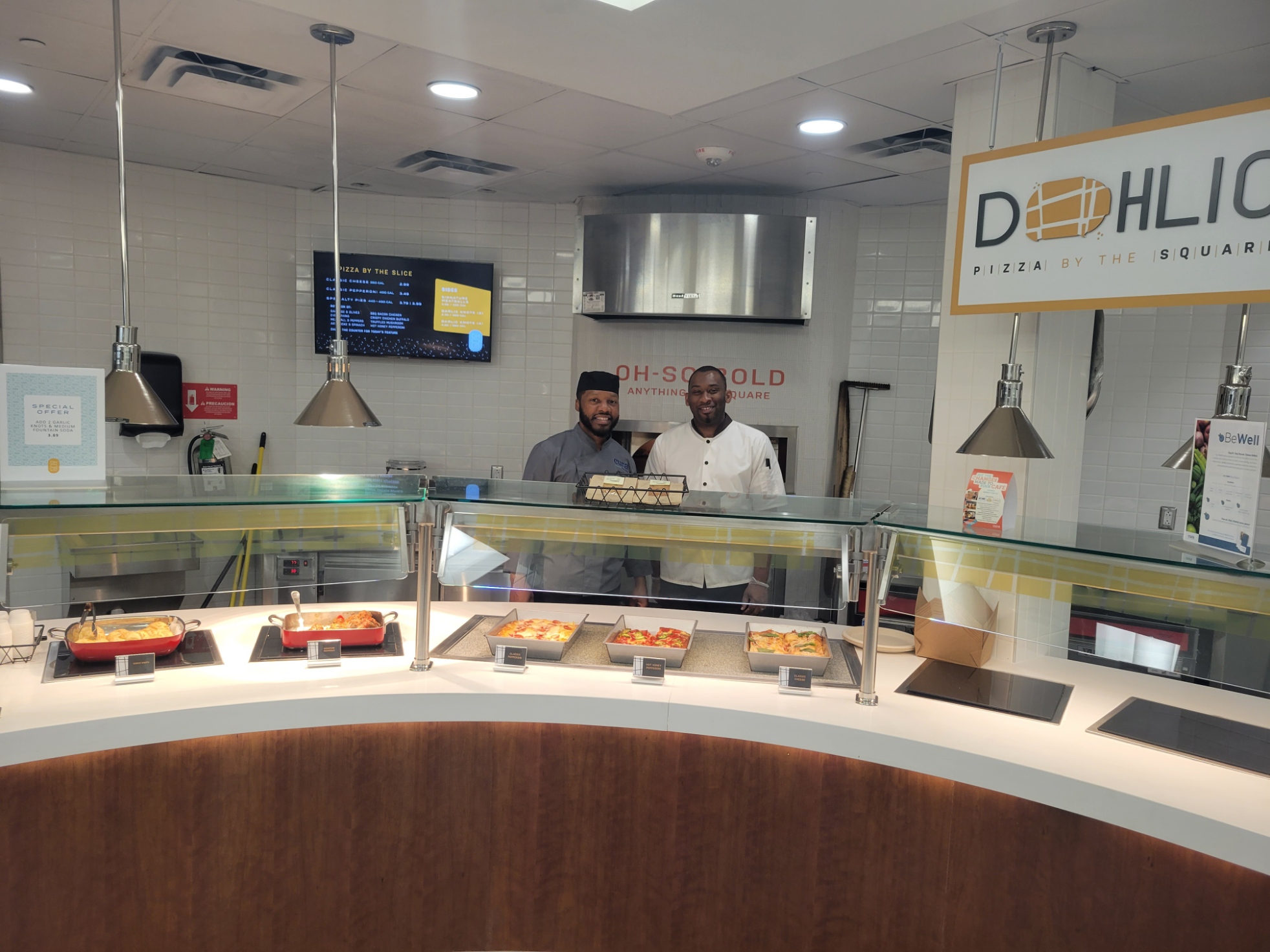 Cane River Cafe is also the pilot site for a new Cura pizza concept called Dohlio. The menu here offers Detroit-style square pizzas baked in a Woodstone oven and served from the pan. Garlic knots and meatballs are also available.

A model for the future

Cane River Cafe also includes tech enhancements that Cura plans to replicate in other operations. When the cafe opened June 27, Levin and the team tested mobile ordering, and it went smoothly. “We’re going live with it this week,” he says. Self-checkout is also available, as is delivery.

“We partnered with Easy Street, a local delivery company, so people in the community can order directly from the cafe and have their food delivered,” Levin says.

“We created Cane River Cafe to be a showplace—to show our clients the new face of Cura retail,” he says. So far, it’s a big hit.