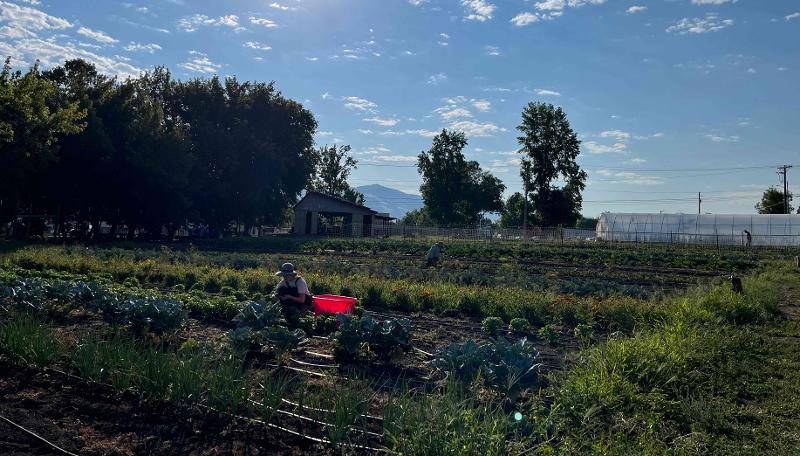 In 2013, Southern Oregon University (SOU) in Ashland, Ore., started its own student-run campus farm. It began as a small-scale garden but has since grown to 5.5 acres.

“Throughout the years, we were able to expand and expand, and now we're running on a level of like a small-scale horticulture farm,” says Farm Manager Zhu Parker.

Today, The Farm at SOU harvests and sells a variety of herbs and produce to nearby buyers, including Ashland School District, which uses the fresh ingredients to make its menus more exciting for students, support the local economy and help alleviate supply chain problems.

The Farm at SOU has had an on-again, off-again relationship with the district since 2017, Parker said, but it wasn’t until the pandemic that the partnership really took off.

When things shut down due to COVID-19, the farm, which typically sells what it harvests to the university’s dining program, was left with a lot of unused produce.

The farm ended up working with the district to supply families and others in the community with boxes of the surplus food.

Later in the summer, it also began providing produce to the district’s backpack program. The grant-funded program allows local families to pick up bags of fresh produce and non-perishable items each week during the months when school is not in session.

Like the produce boxes during the early days of COVID, the backpack program helped the farm find a home for a lot of its produce and keep families in the community fed.

After the success of the produce boxes, the district began regularly purchasing produce from the farm whenever it was available during the school year.

Incorporating fresh ingredients into the menu

What’s available depends on the season and what the farm can grow. This fall, Ashland was able to purchase butternut squash, zucchini, peppers and lettuce, as well as a variety of herbs. Produce was available from September up until Thanksgiving.

After harvesting, produce headed to the district is washed and stored in safety regulated waxy boxes for transport. The district’s main kitchen is a quick drive from the farm, allowing farm staff to deliver the produce easily.

Once at the district, a vast majority of the fresh produce winds up on the salad bar.

“Ninety percent of it I would say goes straight out into the salad bars,” says Ashland School Nutrition Director Christina Lehman. “We have all-you-can-eat unlimited salad bars for every age group in our district, and so, most of it goes out as raw vegetable onto the salad bar.”

Other produce makes its way into scratch-made entrees. Butternut squash, for example, is made into a soup, while zucchini is incorporated into a vegetarian lasagna.

Benefits and challenges of local sourcing

Sourcing locally does come with a higher price tag, Lehman says, especially when compared to the produce the district can receive using entitlement dollars through the U.S. Department of Defense’s Fresh Fruit and Vegetable Program (USDA DoD Fresh).

“It’s hard to compete with free, obviously, but there's also things that we can't get [from USDA DoD Fresh], and we're really committed to buying as much as we can locally,” she says. 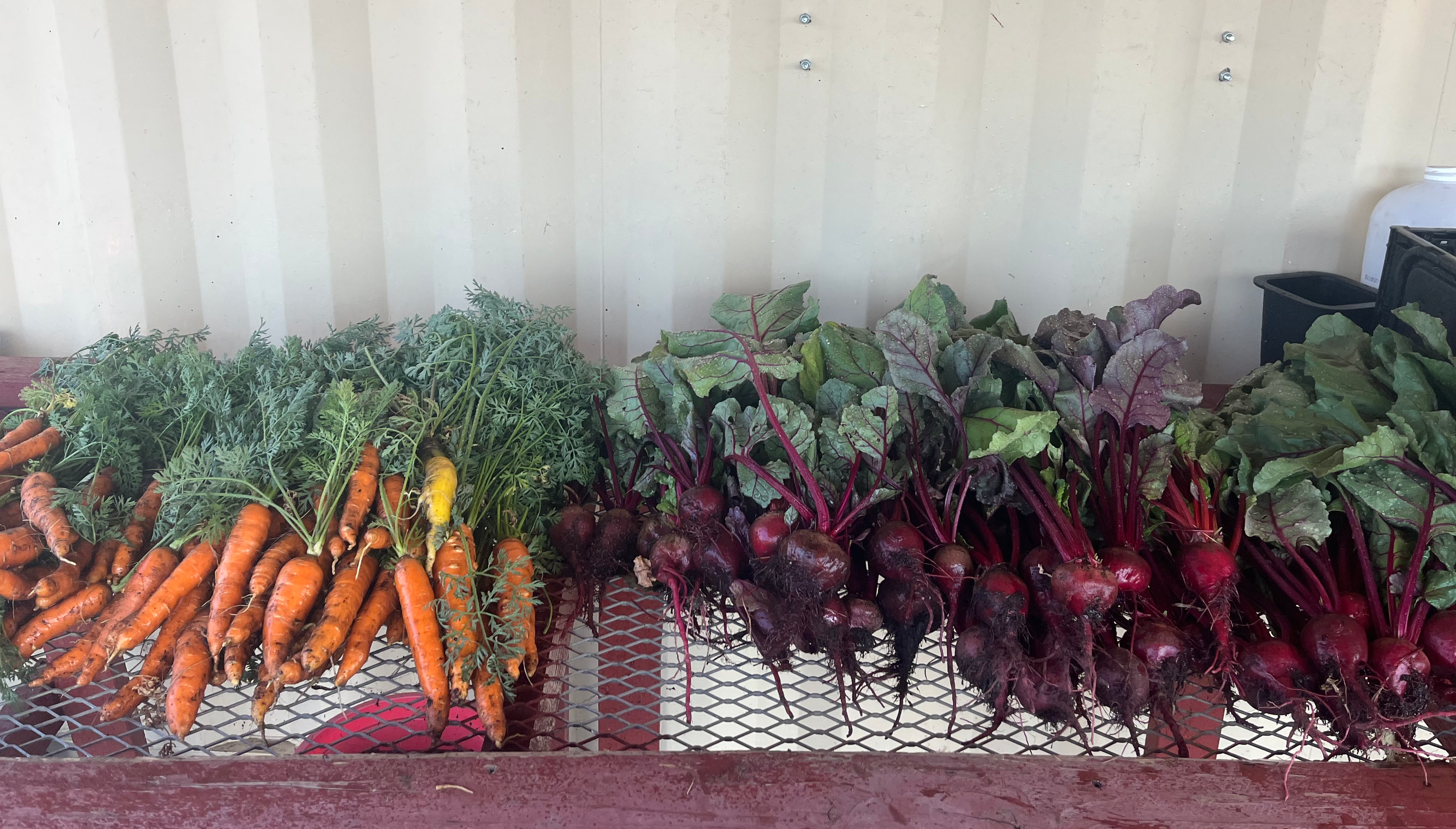 The district uses grants from the state to help cover the extra costs of local purchasing.

Working with nearby suppliers also has benefits, such as being less likely to confront supply chain problems, a challenge many school nutrition operators are experiencing this school year.

“We get as much food as we can from our local farms and ranches so that we don't have to be part of the supply chain issue,” says Lehman.

Students and parents are also excited to have local ingredients on the menu, and staff are appreciative that sourcing nearby helps the local economy.

“By buying local, obviously we're helping local jobs, and that helps people stay here and possibly put their kids in school here. So, it's this nice big round chain,” says Lehman.

Lehman has met with the team at the farm to talk about future plans. She would love to have the farm grow apples as well as more berries since they’re popular with students.

“We love blueberries, blackberries and strawberries. So, they're talking about planting more of that for us for the future,” says Lehman.

Space is the farm’s main limitation around growing more produce, so the team is looking at different ways it can expand. Renovation work was just completed on the farm’s hoop house that would allow them to grow more produce in the winter. The team is also looking at shortening the farm’s CSA program it runs during the summer to have more produce at the start of the school year that can be supplied to the district.

“We're hoping they can expand to where we can get over 75% of the vegetables from the farm,” says Lehman.