From barbecue and beans to mushrooms and tapas, there was a lot of food—and food for thought—passed around last month when more than 240 operators and food manufacturers from around the country convened in Memphis, Tenn., for the 13th annual MenuDirections conference. 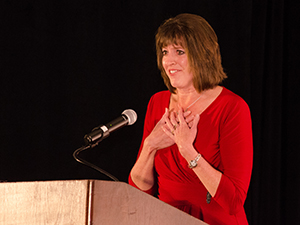 Neel Sahni, chef and national foodservice marketing manager for the National Pork Board, demonstrated how other cultures use various parts of the hog to create their own types of barbecue.

While butchering half a hog in front of the audience, Sahni explained what cuisines use which parts of the pig and how they use them.

For example, in Mexico chefs use the collar butt, rolled off the shoulder, to make cochinita pibil. Koreans prepare Bo Ssam by taking country-style ribs from where the pork shoulder and loin meet. The ribs are marinated in a mixture of sugar, salt, onion, ginger, garlic, ssamjang and kochujang and then slow roasted before they are grilled. To make pinchos, Puerto Ricans use pork belly, cut into 1-inch cubes and marinated in sour orange, vinegar, oregano, garlic and cumin. The pork belly cubes are slow-roasted, then skewered and grilled.

2. South American cuisine getting its due

Jorge Cespedes, corporate chef for Food IQ, a culinary research firm in Springfield, Mo., prepared a classic Spanish torta using beans and a variety of spices. “South American cuisine is now becoming a big deal [in the U.S.] for being a very flavorful type of cooking,” Cespedes said. “And that is a little funny because the cuisine has been around for a long time.” He listed Peru, Argentina and Brazil as the top three South American countries in terms of “hot” cuisines.

He also suggested that Spanish cuisine is the most innovative in the world because of how proponents treat tapas, or small plates. As Americans in particular embrace smaller portions, tapas are becoming much more important to chefs.

3. Plants are giving meat a run for its money

Kikkoman chef Andrew Hunter talked about the use of non-animal proteins as a way to satisfy a growing desire by consumers to eat less meat. He demonstrated this vividly with a breakfast parfait that paired yogurt with protein-packed quinoa and chia seeds, which added a filling texture to an otherwise light dish.

Steve Solomon, culinary strategist for the Mushroom Council, and Lesa Holford, a chef at Ohio State University, showed the mushrooms’ ability to add flavor and moisture to ground meats.

As attendees sampled sliders with a 50-50 blend of meat and mushrooms, Solomon explained that a growing number of chain restaurants and even food manufacturers are using mushrooms as a meat extender and  flavor enhancer.

To win the third annual MenuDirections Culinary Competition, Darin Leonardson, the director of hospitality at Golden Living, a senior care provider in Plano, Texas, and Antoinette Bunn-Savage, the catering supervisor at Oklahoma State University in Stillwater, Okla., decided to set themselves apart by creating a center-of-the-plate dish more evocative of a brunch menu than a dinner menu.

The pair settled on a savory rendition: an airy, gluten-free fire-braised pork torta made with tamari and harvest mushrooms as well as a pork slider made with a ponzu sauce.

“We decided to do something different,” Leonardson said. “Everyone decided to do a pork entree for lunch or dinner. So [we decided to] do brunch.”
Prior to the competition, eight contestants were randomly selected from a hat and paired up into four teams. Each team had a week to meet and plan their dish. Entries were judged on taste, originality, appearance and the dish’s applicability in a non-commercial setting.