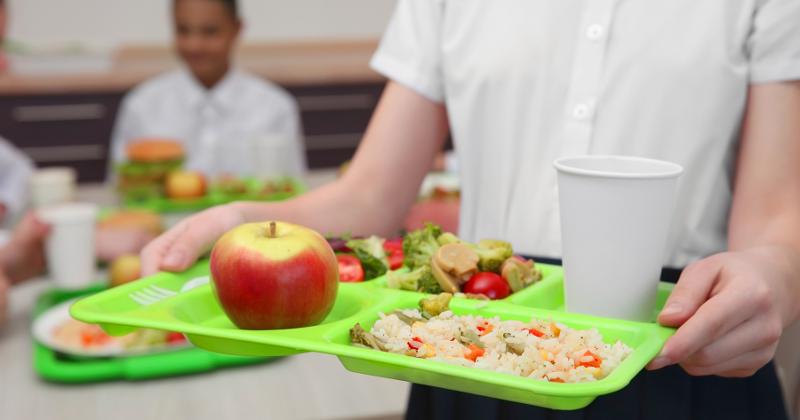 The USDA recently released a School Nutrition and Meal Cost Study that analyzed how school meals have changed since the nutrition standards from the Healthy, Hunger Free Kids Act were implemented.

According to the USDA, the study is the first “nationally representative, comprehensive assessment of the school meal programs since the updated nutrition standards for school meals were phased in beginning School Year 2012-2013.”

The study’s authors compared school meals from the 2009-10 school year and the 2014-15 school year and looked at how schools were putting the revised standards in place while also examining the potential impacts on program operations, meals’ nutritional quality, plate waste, students’ dietary intakes and costs. Here are five takeaways to know.

1. The cost of producing school meals has increased

Once the new standards were in place, the study found that school lunches contained more fruits, vegetables and whole grains, and were lower in sodium and empty calories compared to the school meals served prior.

The nutritional quality of school meals in the study was rated using the department’s Healthy Eating Index, which scores meals using a 100-point scale. Meals earning a score of 100 are considered to be the healthiest. During the 2009-10 school year, the average HEI score for school lunch was 58. During the 2014-15 school year, it had risen to 82.

3. Schools with the most nutritious lunches had greater participation

The study also found that students who ate school meals were less likely to consume desserts, snack items and non-milk beverages during their lunch period, and their meals were also lower in sodium, saturated fat and empty calories compared to those of their peers who brought lunch from home or somewhere else.

4. About one-fifth of the calories available in school lunches were wasted

The study found that, on average, around 20% of the calories available in school lunches ended up in the trash during the 2014-15 school year. Food waste was the highest across all age groups for vegetables (31% wasted), milk (29% wasted) and fruits (26% wasted), and the lowest for entrees (16% wasted) and meat or meat alternates (14% wasted).

Elementary schools that implemented offer-versus-serve (OVS) saw lower levels of food waste. Students at OVS schools wasted only 26% of calories (compared to 32% at non-OVS schools) and 24% of fruits and vegetables (compared to 35%).