Nineteen years ago, Starbucks unleashed the Pumpkin Spice Latte, and the flavor has since pushed the start of fall back into the dog days of August.

Starbucks has not yet revealed when the PSL would return to its lineup this year, although social media buzz points to Aug. 30 as the launch date. In 2021, the beverage made its debut on Aug. 23.

But other chains were eager to beat out the coffee giant and have already made the move.

7-Eleven was first out of the gate, bringing back its Pumpkin Spice Latte and Pumpkin Spice Coffee on Aug. 5 for the “unofficial” start of fall. “Channel your flannel” was the c-store’s pitch, as temperatures continued to hit record highs across the country and summer vacationers were cooling off on the beach.

Krispy Kreme followed on Aug. 8, saying in a statement: “Krispy Kreme is giving you pumpkin’ to talk about with the earlier than ever release of our Pumpkin Spice Collection.”

“Sure, pumpkin spice is generally associated with fall, but true fans of the flavor will agree that August is close enough,” said Dave Skena, Krispy Kreme Global Chief Brand Officer. “So, we’re pulling fall forward, enabling our guests to indulge and enjoy early with delicious pumpkin spice doughnuts and drinks, including our Pumpkin Spice Latte, which you can get iced or frozen, by the way.” 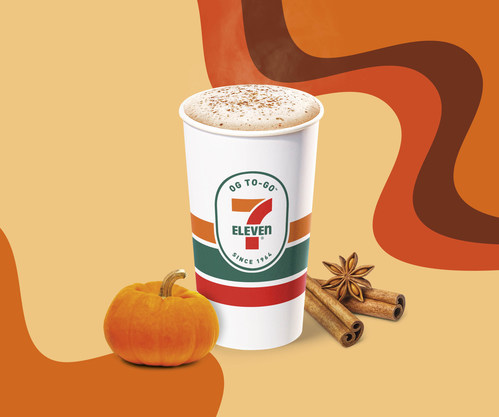 “More and more each year, we see Dunkin’ fans’ anticipation and enthusiasm for the return of fall grow. This season, we’ve crafted a fall lineup to delight our most ardent and excited fall enthusiasts,” said Jill Nelson, VP, Marketing and Culinary at Dunkin’. “From our full-on passion for pumpkin to a totally new Blood Orange Dunkin’ Refresher, we are falling hard for a new season here at Dunkin’.”

“We feel good about our launch date, even though I personally know some people who would like it to start sooner. It’s one of those table stakes flavors now,” she said. “But you don’t want to be first, as some customers will say ‘come on, it’s still summer,’ and you don’t want to be last either.” 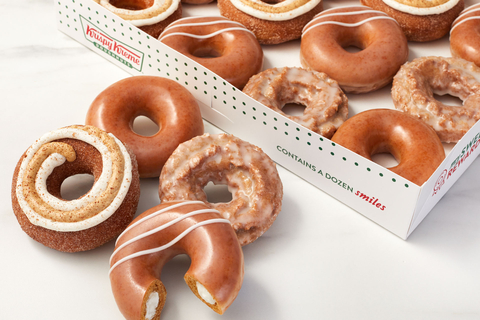 With most of Caribou Coffee’s 460 stores located in the Midwest, consumption of pumpkin beverages becomes “outrageous” when the weather starts turning a little cooler—around September, said Hashemi-Rad.

Caribou crafts its line of pumpkin cold brews, lattes and coffees with a sauce made with real pumpkin puree, and every year, the chain’s supplier has to produce more, she said. One of the more indulgent seasonal treats is the Pumpkin White Mocha, but the roster also includes the Pumpkin Crafted Press, Nitro Pumpkin Latte and Pumpkin Chai.

But diehard Starbucks fans who can’t wait until the end of the month can head to the grocery store now. Shelves at Target and other retailers are already stocked with Starbucks Pumpkin Spice Flavored Coffee, Pumpkin Cold Brew Concentrate and Iced Espresso Pumpkin Spice Latte.

There’s also a new pumpkin on the block: Starbucks Pumpkin Cream Nitro Cold Brew in a can.