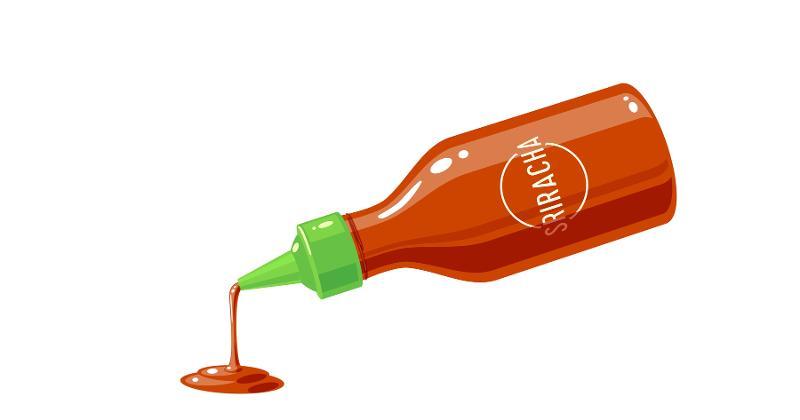 That familiar plastic squeeze bottle with the rooster on the label may be disappearing from tabletops for a while, as Sriracha has become the latest casualty of the supply chain shortages that have been plaguing operators for the last year.

The culprit this time is a failure of the red jalapeno crop in Mexico; these are the signature chili peppers that go into every bottle of the condiment. The peppers grow and are harvested in the first four months of the year, but a severe and prolonged drought in the growing regions has drastically reduced production.

“We first heard about it back in April,” said Polly Knutson, assistant director of dining and hospitality services at University of Colorado in Colorado Springs. She is part of an online networking group for college and university operators, where she got the scoop. College students are huge fans of Sriracha, and she and the others were scrambling to come up with ways to compensate for the shortage.

Knutson bought as much as she could get her hands on ahead of time and doesn't think she’ll run out until around December. “We offer lots of other hot sauces, but the students will be disappointed,” she said.

“Asian hot sauces are very specific, and nothing matches the taste or viscosity of Sriracha,” said Mary Nguyen Aregoni, chef-owner of three locations of Saigon Sisters in Chicago. “And now customers’ palates are trained on the taste.”

In her full-service restaurant, a bottle of Sriracha is on every table and packets are available for to-go orders. It’s a signature garnish for pho, the noodle soup that’s often called “the national dish of Viet Nam.” But Sriracha-loving guests add the sauce to other menu items, too.

“When I first heard news of the shortage in May, I hoarded four or five cases as well as the individual packets from my Asian vendor,” said Aregoni. “Now my vendor told me it’s out of stock.”

Aregoni’s broadliner still has Sriracha, but it’s more expensive. She’s been making frequent visits to Chicago’s Argyle Street, a neighborhood with a heavy concentration of Asian grocers, but they’ve raised the price too, she said. “It used to be $1.99, but now it’s since jumped in price four times. We can’t give condiments away for free if the prices continue to go up.”

Sending in a sub

Aregoni has made her own Sriracha using Thai red chilies, but seeding and stemming the little peppers is very time consuming, she said.

Brian Knutson, Polly’s husband and director of food and nutrition for the U.S. Olympic & Paralympic Committee, looked into making it, but “the key is the red jalapenos, and they are really hard to get,” he said. “Plus you have to let it ferment for seven days.” The recipe calls for fermenting the chilies with vinegar, garlic, salt and sugar. 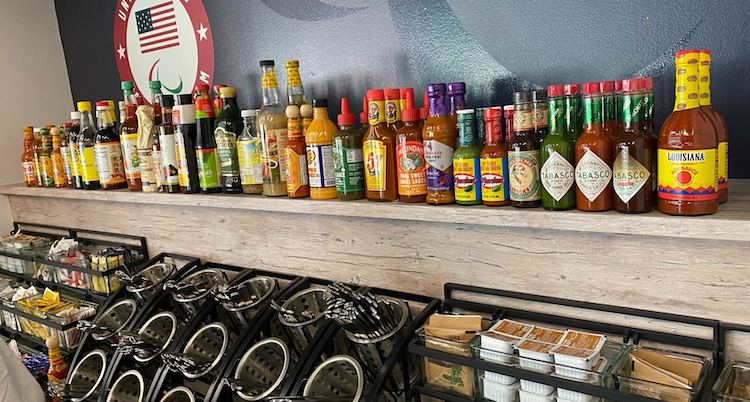 A wall of hot sauces at the Olympic training facility in Colorado Springs. / Photo courtesy of Polly Knutson

He offers a “wall of hot sauces” at the Olympic training facility in Colorado Springs, most of which are low in sugar since the athletes use a lot on their food.

“They tend to eat lean proteins and vegetables at every meal, like chicken, broccoli and rice,” he said. “The different sauces add variety.”

Cholula sauce may be the closest substitute, or pureeing sambal with brown sugar, he said.

At the University of Colorado, Sriracha is a key ingredient in cooking, said Polly Knutson. “We make Sriracha Fries and a Sriracha-Glazed Salmon, brushed with a Sriracha and garlic mixture,” she said. “The students will be able to tell the difference if we use a different sauce.” 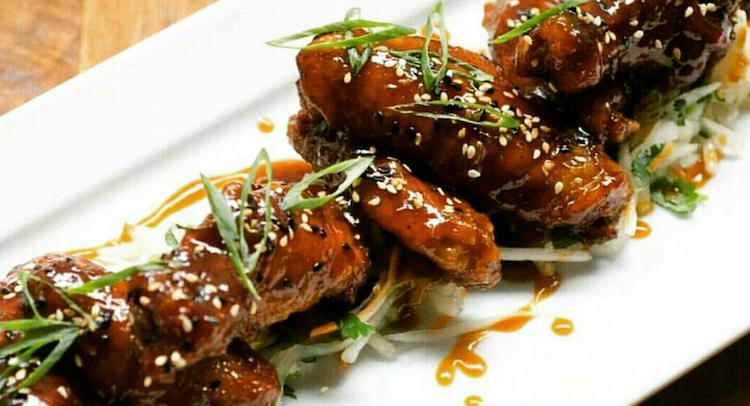 Sriracha is also close at hand in the kitchen at Saigon Sisters, used to prepare two popular menu items—Caramel Sriracha Wings and Meatball Banh Mi. The sauce is added to the meatball mixture and the glaze for the wings, said Aregoni. She thinks sambal mixed with garlic may work as an alternative in the recipes, and she's not ruling out sambal as a condiment for pho, either.

In the past six months, Aregoni has experienced shortages or disappearances of rice paper—necessary for making spring rolls—and fish sauce, another essential Vietnamese condiment.

“It’s not a do-or-die situation yet [with Sriracha],” she said. “I can still raid the Asian stores, and then I’ll improvise. It’s what I do every day.