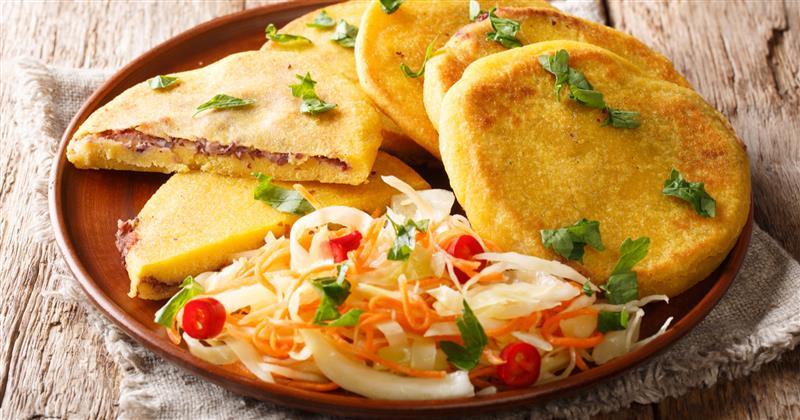 The clean plates are a sure sign that Lucille Fascitelli is reaching refugee children through their stomachs and hearts.

As chef manager of A New Leaf, a refugee resettlement center in Mesa, Ariz., where foodservice is managed by CulinArt, Fascitelli has been integrating Central American dishes into the meals she and her staff prepare daily. Pupusas, black beans, plantains and tacos are some of the foods she has added to the menu, using ingredients approved for the National School Lunch Program.

“The kids are just plopped into a new place from Ecuador, El Salvador, Guatemala and other Central American countries,” says Fascitelli. “I try to make them feel comfortable by providing a taste of home.”

Fascitelli feeds three meals daily to about 36 children, most ranging in age between 11 and 17. They stay at A New Leaf for an average of 30 days until they are placed with a family in the United States. In addition to feeding the children, the facility provides clothing and teaches them English.

To figure out how to cook the Central American specialties, Fascitelli researched recipes online and visited an El Salvadorian restaurant in Phoenix. “We were two people and ordered everything on the menu so we could taste it all,” she recalls. “The owner then invited me to cook with him to learn more.”

The pupusas had to be tweaked to conform with federal and state school lunch guidelines, which prohibit deep frying. To prepare this specialty, Fascitelli mixes masa harina with water and salt until it reaches the right consistency—“like play dough,” she says—and then tops it with shredded braised pork, chicken or beans along with cheese. “I roll it all up into a ball, flatten it and cook the pupusa on a flat-top grill,” she adds.

Tacos presented a learning curve, too, as the Central American type differ from the Mexican-style tacos most Americans eat. Fascitelli fills these tacos with diced potatoes, ground beef and green salsa—a combo familiar to the children.

Plantains are included in the school lunch inventory, but they come in frozen. Fascitelli usually roasts them for breakfast and serves them on a plate with black beans, scrambled eggs and tortillas.

All-American favorites are on the menu, too, to help assimilate the kids once they are placed with a family and attend a U.S. school. But no peanut butter and jelly—the children gave that a thumbs down.

Fascitelli trained at Johnson & Wales and went on to work at high-end dining venues. She has been cooking for younger customers in different capacities for several years now, although the refugee resettlement facility is fairly new.

“I enjoy feeding the children in our cafeteria even in the short term,” she says. “I get that the way to a kid’s heart is through their stomach.”

Editor’s note: We at FSD recognize that these refugee-feeding efforts are part of a larger story unfolding across the country, one that is worth exploring in more depth in future articles. Stay tuned for upcoming coverage on this topic.

Why University of Mary Washington opened a ghost kitchen