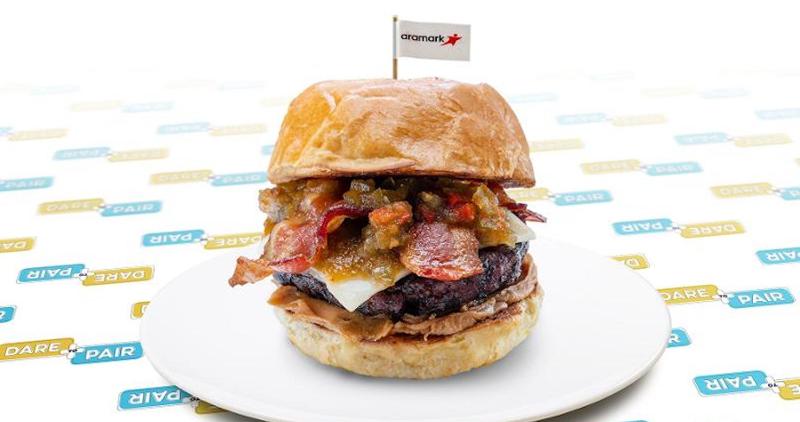 Major League Baseball stadiums around the country celebrated Opening Day on Thursday, welcoming fans back to cheer on their favorite teams and enjoy exciting new food and drink options.

Stadium foodservice providers Aramark and Legends Hospitality have been especially busy during the off-season innovating the menu selection. And while the traditional peanuts, Cracker Jack and hot dogs are still mainstays this season, they’re appearing in some new guises.

Aramark Sports + Entertainment, which manages foodservice at nine ball fields around the country, launched a Dare to Pair program for 2022. The menu includes unique mashups, such as Fluffer Nutter Fries at Fenway Park in Boston—sweet potato fries topped with crushed peanuts, cilantro, peanut sauce and marshmallow. 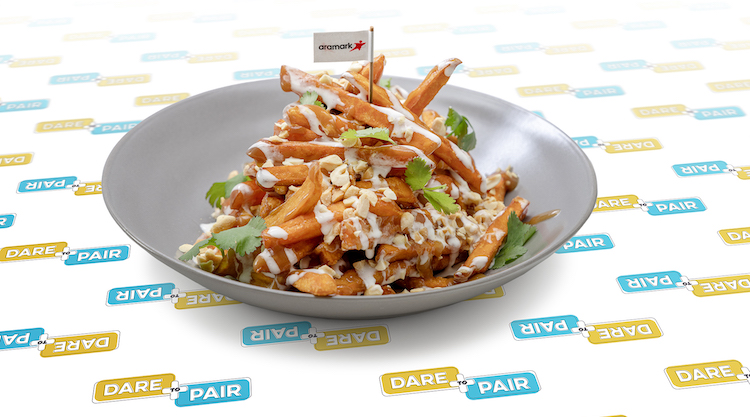 At some of its other accounts, Aramark is riffing on local favorites. Pickle Poutine is on offer at Rogers Centre, home of the Toronto Blue Jays. Here, the Canadian specialty features fried pickle straws topped with peanut butter gravy, cheese curds, bacon bits and scallions. And Pittsburgh’s PNC Park is combining mini pierogies with kimchi, fried ham and hoisin aioli for a mashup it’s calling the Burgh Katsu.

At Citizens Bank Park, home of the Phillies, Aramark is changing up the menu with both distinctive pairings and local flavors. The PBJ burger is a special-blend burger topped with peanut butter, jalapeno jelly, American cheese and bacon on a brioche bun. Philadelphia fans can wash it down with cocktails made with KLYR rum, a lower calorie spirit distilled in Pennsylvania.

New concepts are coming to several other venues as well. Celebrity chef and suburban Boston resident Ming Tsai is bringing MingsBings, plant-based Chinese flatbreads, to Fenway Park, while tacos are trending at several other ballparks. Oakland Coliseum is introducing Top Taco, Houston’s Minute Maid Park is offering carnitas tacos at El Tiempo, a local destination, and Citi Field, home of the New York Mets, opened Tacocina in its Taste of the City pavilion. 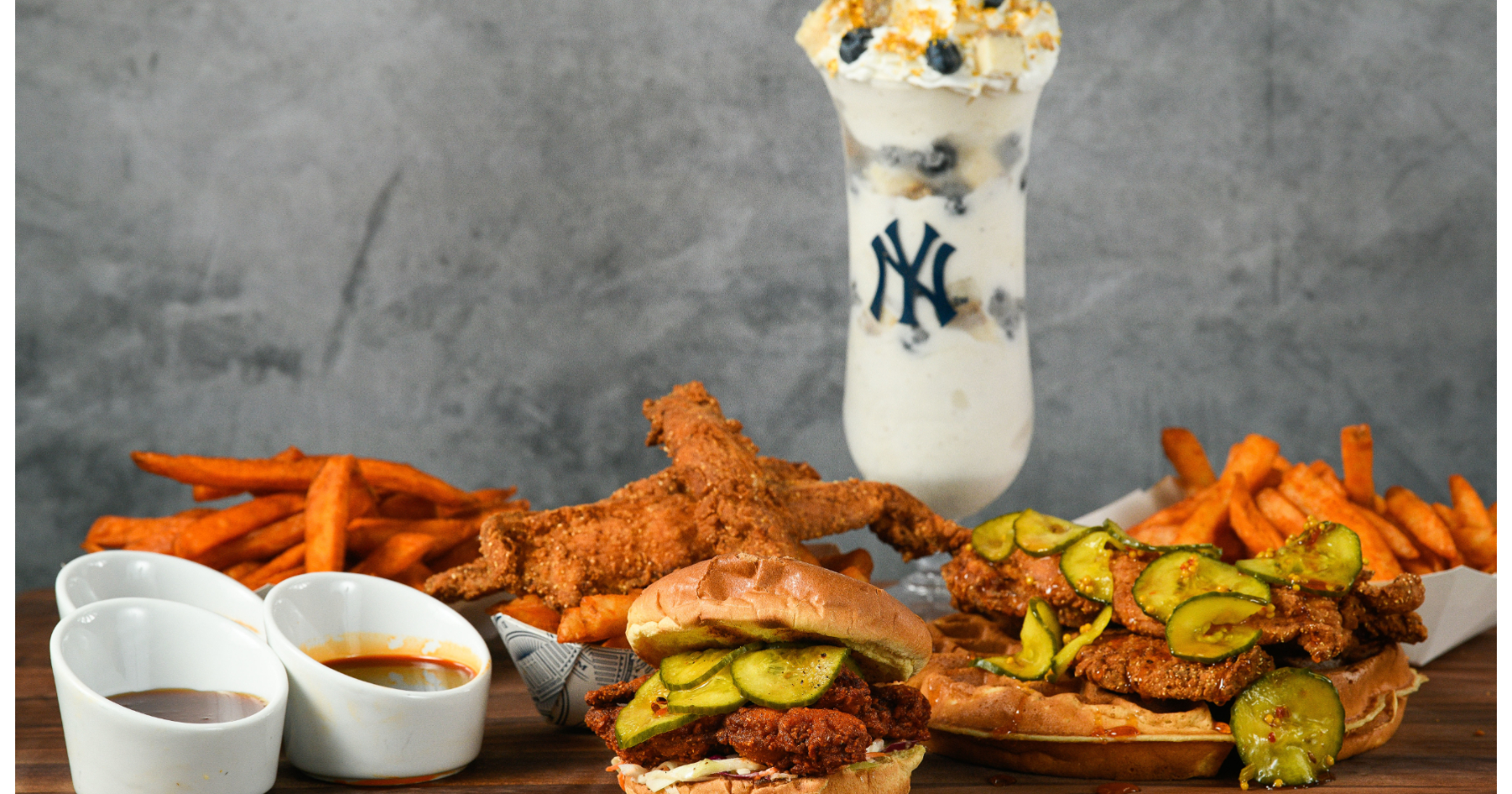 Up at Yankee Stadium where the New York Yankees play, iconic Big Apple chefs and restaurants are opening outposts.

The Halal Guys, which started on the streets of Manhattan, is also cooking up its specialties, embellished with the concept’s famous white and hot sauces. Beef Gyro Platters, Chicken Platters and Gyro Sandwiches are on offer from a cart in the stadium. And Bobby Flay is returning with Bobby’s Burgers, selling his four signature beef burgers and a veggie option.

Yankee fans can also patronize other well-known restaurant brands. New this year are sushi burritos from Benihana and rotisserie chicken and the GOAT Burger City (drunken goat cheese, balsamic fig spread and arugula) from City Winery. Mighty Quinn’s and Jersey Mike’s are also back for the 2022 season.

Like Aramark, Legends Hospitality is focusing on creating an experience through its food and drink lineup. “Yankee Stadium’s expanded food and beverage menu will provide some of the most unique options throughout the Major Leagues as the club furthers its efforts to enhance the fan experience for all guests,” said a Legends spokesperson.