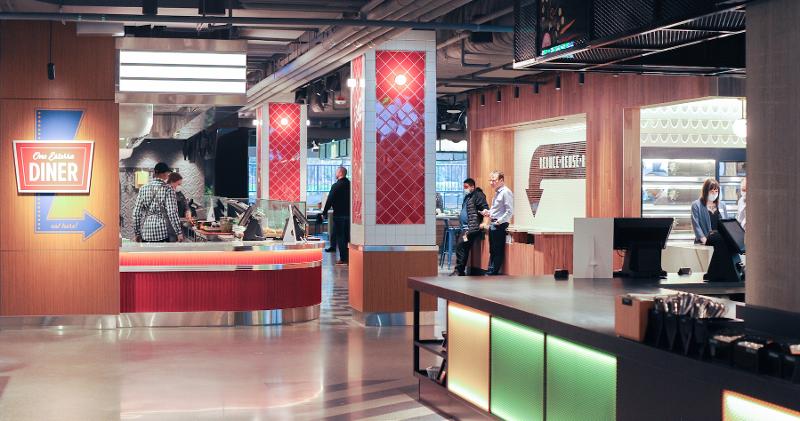 The Seattle-based technology company in March opened an all-electric food hall, One Esterra, on its brand-new East Campus.

When finished, the campus will house 77,000 square feet of foodservice operations, all of them 100% electric, capable of producing 10,000 meals each day.

This shift aligns with Microsoft’s announcement that it aims to be carbon negative by 2030, which means it will emit less than zero CO2 and CO2-equivalent greenhouse gases.

“This embodies who we aspire to be as an organization, and we’re committed to removing fossil fuels from our operations,” says Jodi Smith Westwater, senior services manager for Microsoft’s dining operations.

Foodservice was the place to start—a study by the U.S. Environmental Protection Agency shows restaurants use five to seven times as much energy as other commercial buildings. And in Microsoft’s other foodservice facilities, 80% of the equipment is gas operated.

Microsoft worked closely with Compass Group, its foodservice contractor, to create One Esterra, which will now be the training ground for all of the foodservice operations that open on the East Campus.

The first task was figuring out the equipment that could be used, much of which “didn’t exist yet,” says Smith Westwater.

Microsoft and Compass had to get a sense of which pieces of equipment they’d lose because they weren’t electric, and what would replace them. Compass contacted manufacturers to see if they could help. Several were willing, and over the course of a few years, sent different versions of equipment to Microsoft for testing. 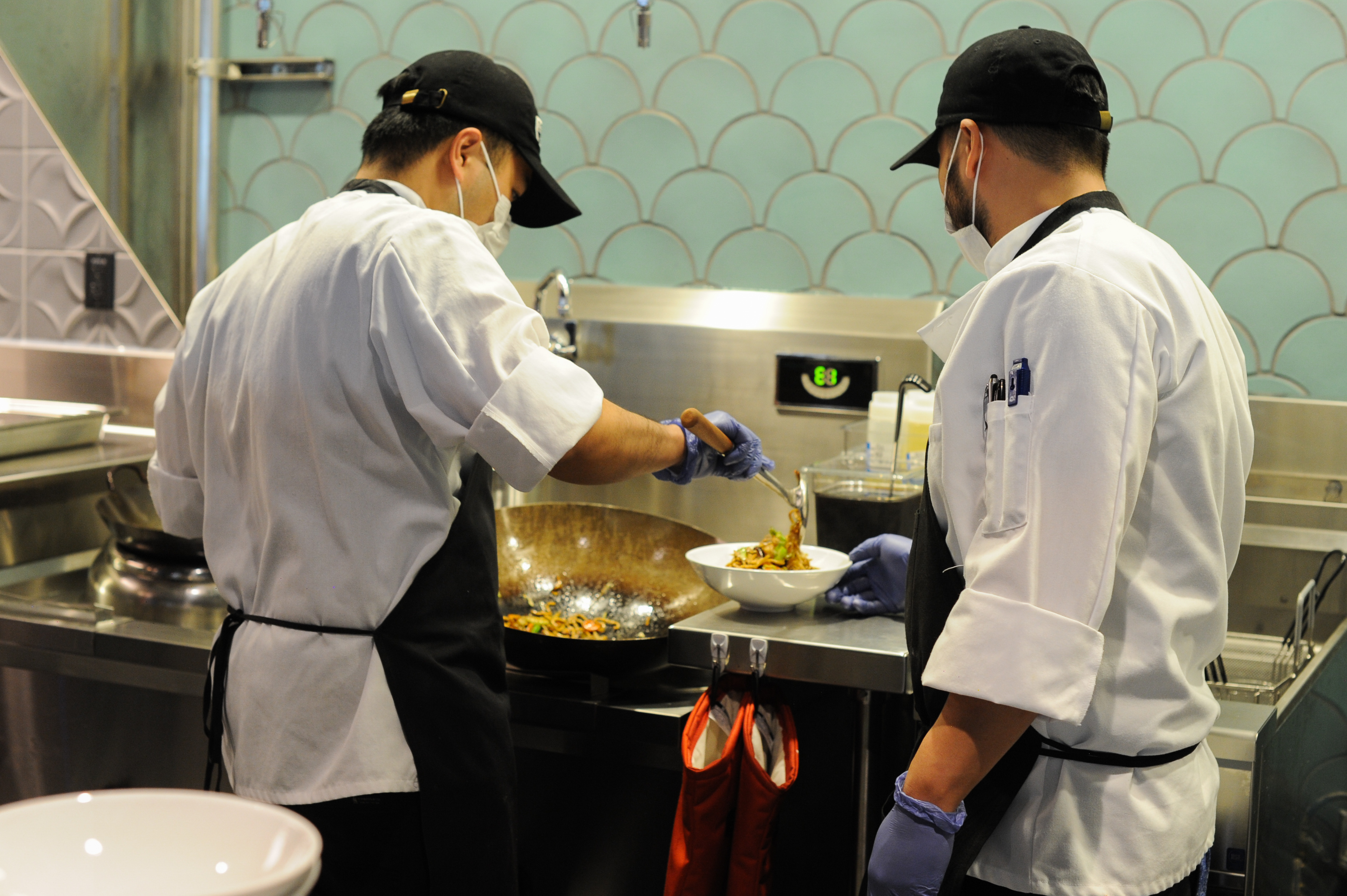 Chefs prepped food on the new equipment, then taste-tested it. There were surprises: Testers couldn’t tell the difference between food cooked on an electric wok and a traditional one, for example.

Compass and the Microsoft team focused on four key areas for the 13,200-square-foot space: culinary diversity, authenticity of food, speed of service and exhibition cooking.

“We spent a lot of time and energy creating these sensory and immersive dining experiences,” says Smith Westwater. “We didn’t want that to disappear because we no longer had the magic of fire.”

Adapting as they go

A few months after opening One Esterra, the teams continue to tweak and test, and they work closely with equipment companies that are also dedicated to experimenting in this area.

There are also some things that just aren’t possible with electric cooking, such as char broiling, says Craig Tarrant, culinary director for Compass Group at Microsoft. 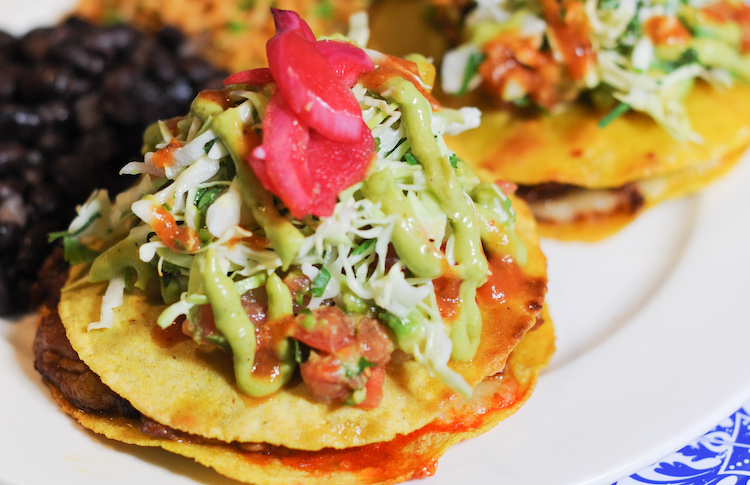 The Chicken Tinga Mulitas served at Masa in One Esterra. / Photo courtesy of Microsoft

That said, “the end result [of the food] is what we’re looking for,” Tarrant says. “We were quite shocked that [electricity] performed as well as it did.”

Beyond sustainability, there are other advantages to going electric, he says: The food hall is cooler, as the equipment emits less heat and is highly responsive to temperature adjustments; the hood systems are very quiet; and it’s also safer—an induction range with no pan on top doesn’t stay hot.

One benefit to more foodservice accounts signing up for electricity is that as demand increases over time, the cost of equipment will go down. “[Cost] was a fear at the beginning,” says Smith Westwater, though that ended up being unfounded, as the electric equipment costs were comparable to more traditional equipment.

Using an electric wok also leads to a huge energy savings, she says. The induction double-wok uses around 12 kilowatts of energy and can handle around 150 transactions an hour, while same equipment with gas uses the equivalent of 40 kilowatts for some 150 transactions. 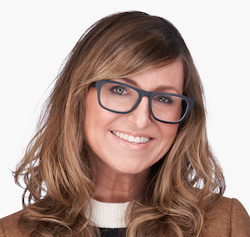 She now plans to share this experience with other foodservice facilities, with the goal of encouraging them to move away from fossil fuels and toward more sustainable electric cooking. “These aren’t trade secrets,” says Smith Westwater. “We want to share what we’ve learned and disrupt the industry.”

At the end of the day, “anything can be accomplished with time, resources and people that care,” she says. “It’s the combination of the willingness, the attitude, the passion for wanting to try something different to disrupt the industry and innovate.”

Nominate an FSO of the Month
new concepts  sustainability