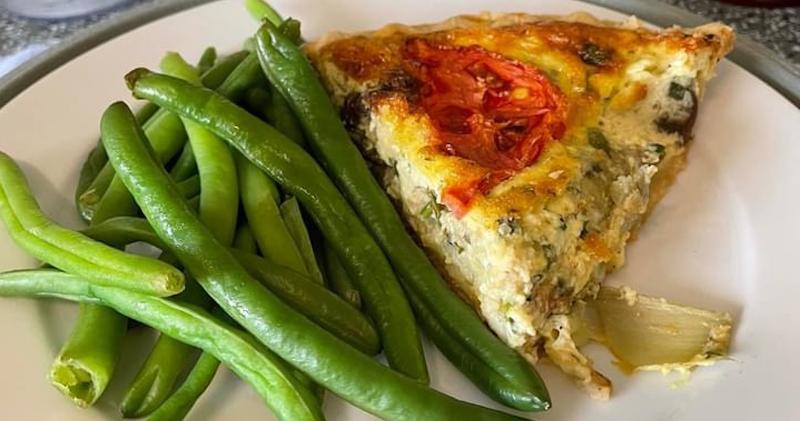 At NVRH, fresh herbs, spices and citrus add brightness to dishes without the need for extra salt. / Photo courtesy of NVRH

At many hospitals come mealtime, certain patients are handed heart-healthy or diabetes-friendly menus rather than the “regular” menu other folks in the ward receive. But the foodservice staff at Northeastern Vermont Regional Hospital asks: Shouldn’t we all aim to load up on vegetables, reduce salt and treat our bodies well—especially in a hospital setting?

That’s why NVRH creates a daily menu suitable for pretty much everyone. It’s built around un-processed, sustainable and local goods, including meats raised nearby and produce supplied in part by two farms within 30 miles of the hospital’s St. Johnsbury location. In addition, recipes that are expertly crafted so no one misses the extra salt or fat.

“Sometimes visitors or new nurses will say, ‘Can I grab the menu for diabetes patients?’ And they’re always surprised when we simply say, ‘No, this is it, the food we serve is appropriate for all people,’” says FSD Sharon Anderson. “We should all be eating this way, and even though it’s healthier, it’s very tasty.”

Anderson attributes that to two factors. The first is the freshness of the food, given that “something’s picked on Wednesday and we receive it on Thursday.” The second is the skill of her executive chef, Travis Chapman.

“Travis has a magic to making dishes taste good,” Anderson says. “He knows exactly what herbs and spices to use so you don’t need so much salt, and he has so many tricks for [eschewing] processed ingredients.”

This is the first institutional position for Chapman, who brought 25 years of hotel and restaurant experience to the role. He aimed to “bridge the gap between the two,” he says, introducing new cooking styles and managing inventory like a restaurant would for fiscal responsibility.

He also approaches menu planning with an eye for “overall balance.” Each day’s lunch options include a meat and a vegetarian entree (one or both are gluten-free), side dishes, a full salad bar and a sandwich counter.

“The question is always, how much less sugar or salt or whatever can we put into something and still make it delicious and well-received?” Chapman says. “Sometimes it takes time to find that line, especially with our fresh pastries. But we ultimately nailed it.”

For other operators looking to reduce ingredients like salt, fat, and sugar, Chapman says he and his team have picked up several techniques as they’ve iterated. Instead of granulated sugar, he suggests swapping in unrefined sugar, maple syrup, agave or applesauce. The right combination of ingredients like fresh herbs, spices and citrus can add brightness to a dish without the need for excessive salt. He even managed to create a 140-calorie donut by switching in coconut oil for butter.

“You find that when you start taking time with your food, the possibilities are almost endless for omitting 90% of the garbage,” Chapman says.

That’s one of the lessons he shared throughout a six-part “Heart Healthy” video series he co-hosted with NVRH’s patient nutrition coordinator, offering the community education on topics like cholesterol, added sugar and how to read food labels. The hospital also partners with the Vermont Food Bank for a program called Veggie Van Go, through which the team distributes fresh produce, hosts cooking demonstrations and more.

“For me, what we do is all very similar to the way my mother cooked for me when I was growing up; we didn’t know what Hamburger Helper was,” Chapman says. “But that means it was never a 20-minute meal. Dinner took 60, 90 minutes. It’s a commitment.”

And it’s one that NVRH patients appreciate, says Anderson, who makes daily efforts to show her staff just how important they are to the hospital.

“I always remind the staff of this at huddles, and I’ll show them comment cards from patients saying, ‘Your food helped me get better,’ or ‘The only reason I wanted to stay in the hospital longer was the food,’” Anderson says. “So, you’re never just washing dishes or chopping vegetables—you’re actively making a difference.”

See what’s in store for Anderson’s operation, which was named FSD’s December Foodservice Operation of the Month.

It’s the dedication of the staff, and we try to really show them that. We want to create an environment so that they feel important—because they absolutely are. They’re reminded that they make a difference, that they are part of patients’ care and that the hospital couldn’t run without them. 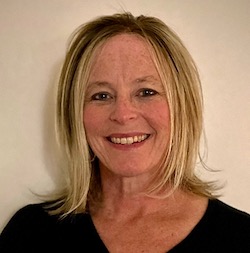 Everyone wants to feel valued, so reminding staff of that value and acknowledging what they do really well makes for a motivated team. They care about the patients and the results of their work, and that means the mission is always clear.

More regular community education. It’s always been important for us, but it’s something that we fell out of a little bit with COVID, so we’re looking forward to getting those programs back to the way they used to be. I also want to do more recipe development, as well as changing up the menu that the patients receive. We’re talking about some different formats and including some of the specific nutritional values to keep everyone informed.

Nominate an FSO of the Month
health and wellness  healthcare