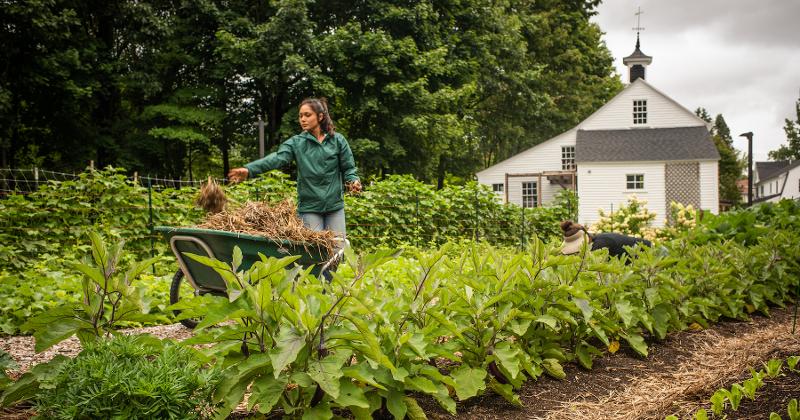 The Bowdoin organic farm was established on campus in 2005. / Photo by Michele Stapleton

When Ryan Miller headed to Bowdoin College to interview for the FSD role, he thought he had a good sense of what to expect from the storied institution in Brunswick, Maine.

Previous dining directors had held the position for two or three decades. The department prides itself on procuring local ingredients, including from a farm on its own campus. The staff taps trees to make maple syrup, breaks down proteins in their meat room and bakes rolls and desserts from scratch. And participation is high, with 98% of students on a meal plan.

Miller had heard about it all: the commitment to tradition, local procurement and scratch cooking of simple foods done well. But it’s quite another thing to experience it, he said in an interview with FoodService Director, just 10 days into his new role as FSD.

“One thing I noticed throughout this process of coming aboard is that when you look at the menus on Bowdoin Dining’s website, it’s like, Wow, it’s really simple. How do they get such buy in from such simple foods, or such limited options? But until you spend time here, seeing how the staff do it, if you don't really understand it,” Miller says.

In his early conversations with the school, Miller watched the staff painstakingly reducing sauces, butchering beef and boiling syrup, and he was compelled to ask: Why don’t we just bring some of that in? 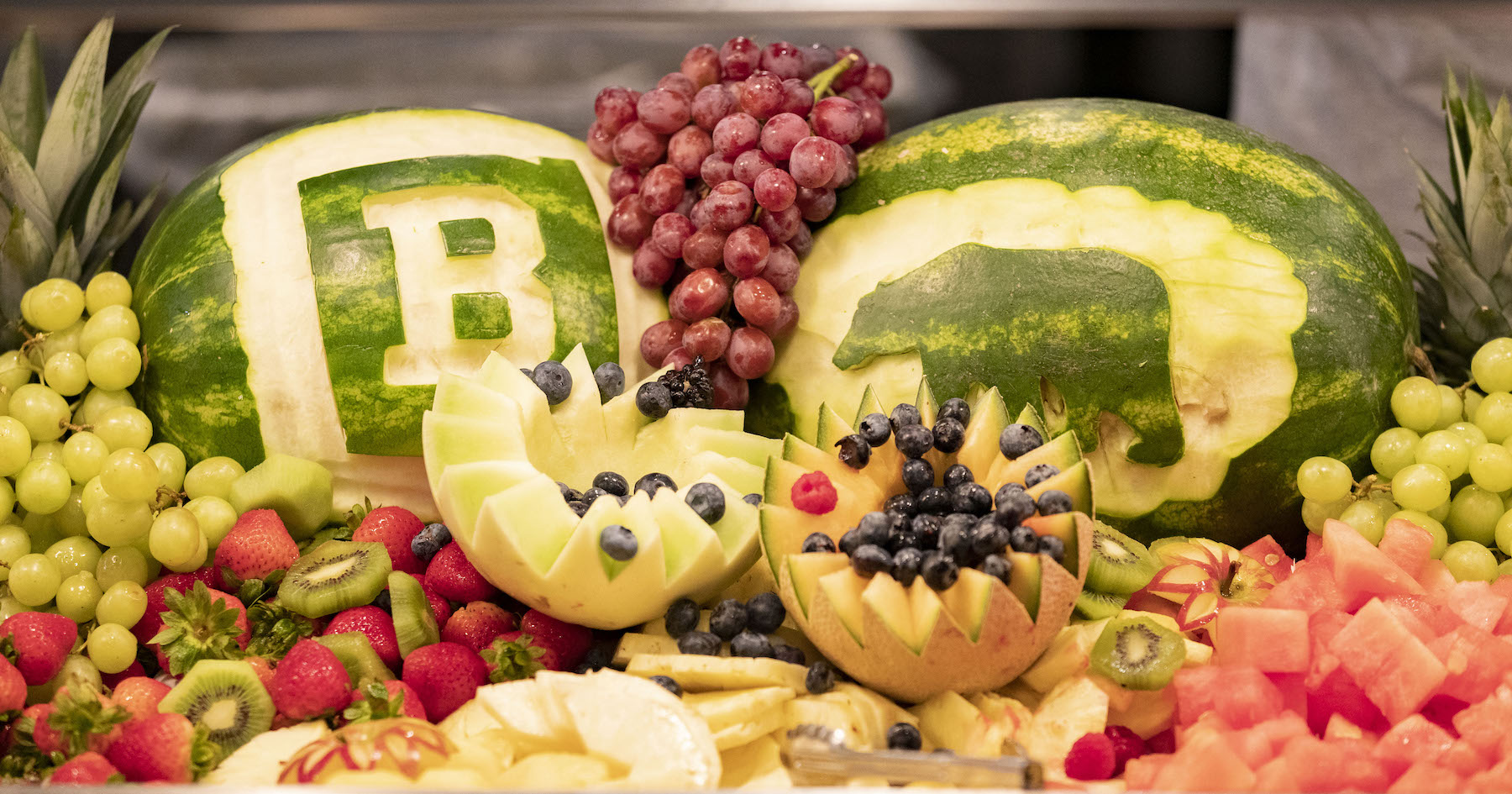 Nearly all students at Bowdoin (98%) are on a meal plan. / Photo by Andrew Estey

“They looked at me like, ‘What? Why wouldn’t you do it this way and make it better?’” Miller says. “It’s really easy for people like myself to say, ‘Hey, we're gonna start cooking more from scratch,’ but if you don't have the buy-in from your team, it's never going to happen. The buy-in from this staff is incredible; they don’t even know any differently because they’re so committed.”

The team is also “incredibly humble and focused on what’s important, which is putting out a quality meal every day,” says Matthew Caiazzo, associate director of dining.

A commitment to local sourcing

Those quality meals, ranging from simple corn chowder to Thai caramel chicken, are built on ingredients that are 35% to 40% locally sourced. The team works hard to cultivate relationships with nearby suppliers, farms, fisheries and more.

Students are an important part of those relationships, Caiazzo says. They tend to the Bowdoin organic farm established on campus in 2005, which grows produce and flowers for use in the dining halls. Student ambassadors work with the Gulf of Maine Research Institute in Portland to promote ethical consumption of seafood on campus, and a student advisory board offers suggestions and feedback to the dining team. 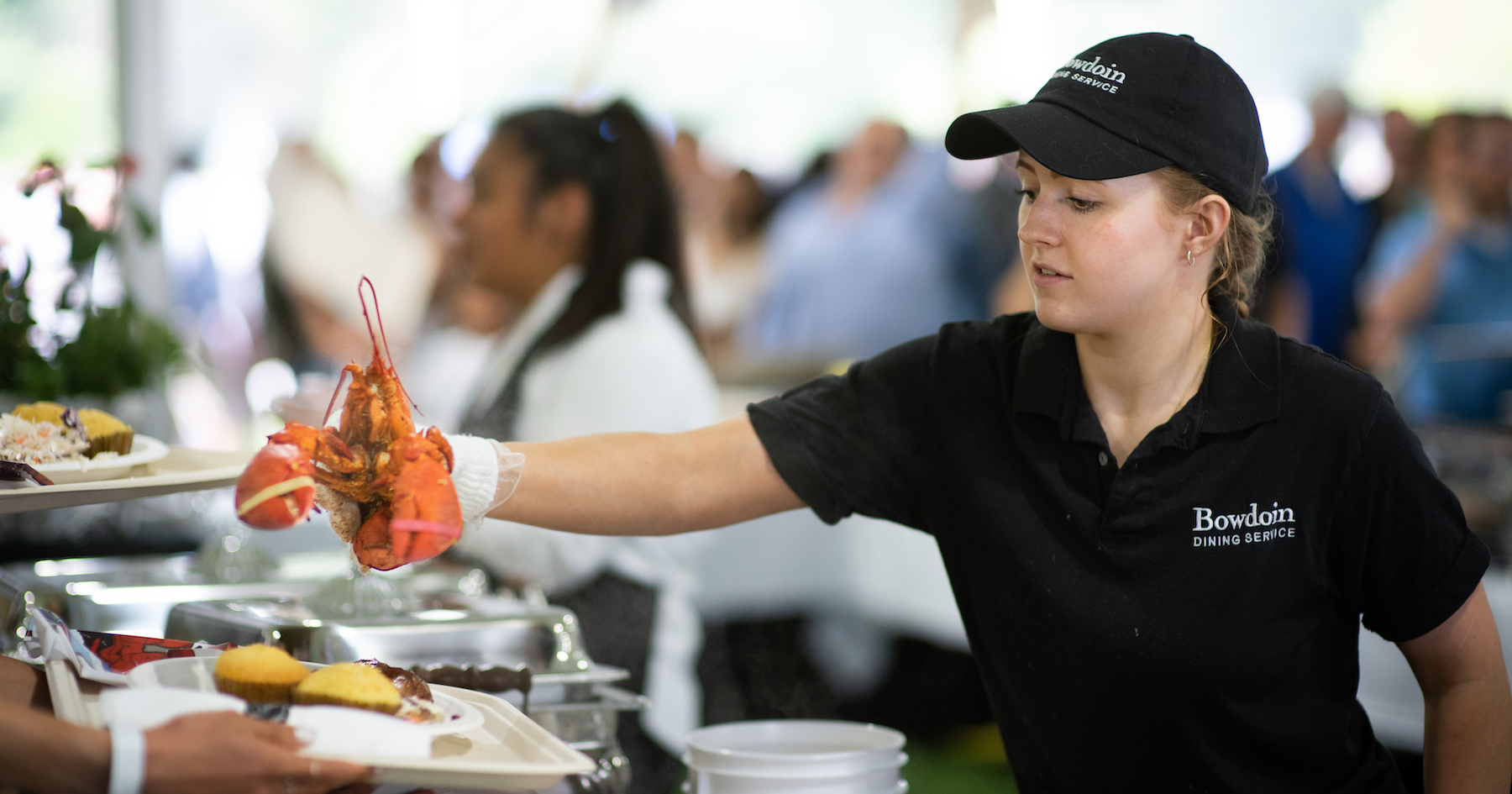 One of Bowdoin's annual traditions is its lobster bake. / Photo by Michele Stapleton

“They’re really focused on sustainability and waste,” Caiazzo says. “Some students asked for individual slices of fruit versus a bowl of mixed fruit, so they wouldn’t take some of what they didn’t want and have it go to waste. Within that week, we changed from doing fruit salad to individual platters of nice fruit.

“And on the other end, just to know what the data was, we asked the staff to consolidate [leftover] fruit into a bucket to see if the waste goes up or down based on consumption. We definitely saw a reduction, and we could go back to the student advisory committee with that data to back it up.”

Students are also a key part of maintaining Bowdoin traditions, which include recipes that have been handed down and perfected over the decades, Caiazzo says.

“Just about every Bowdoin student would tell you that at the start of the school year, their first meal is a lobster bake. And the last meal that they have on their board plan is a lobster bake,” he says. “It's a really cool way to showcase local, but also, you know to show a great tradition and show what our state is known for.” Another fan favorite is the Bowdoin Log, vanilla ice cream rolled in ultra-finely crushed chocolate wafers, topped with hot fudge and strawberry or raspberry. 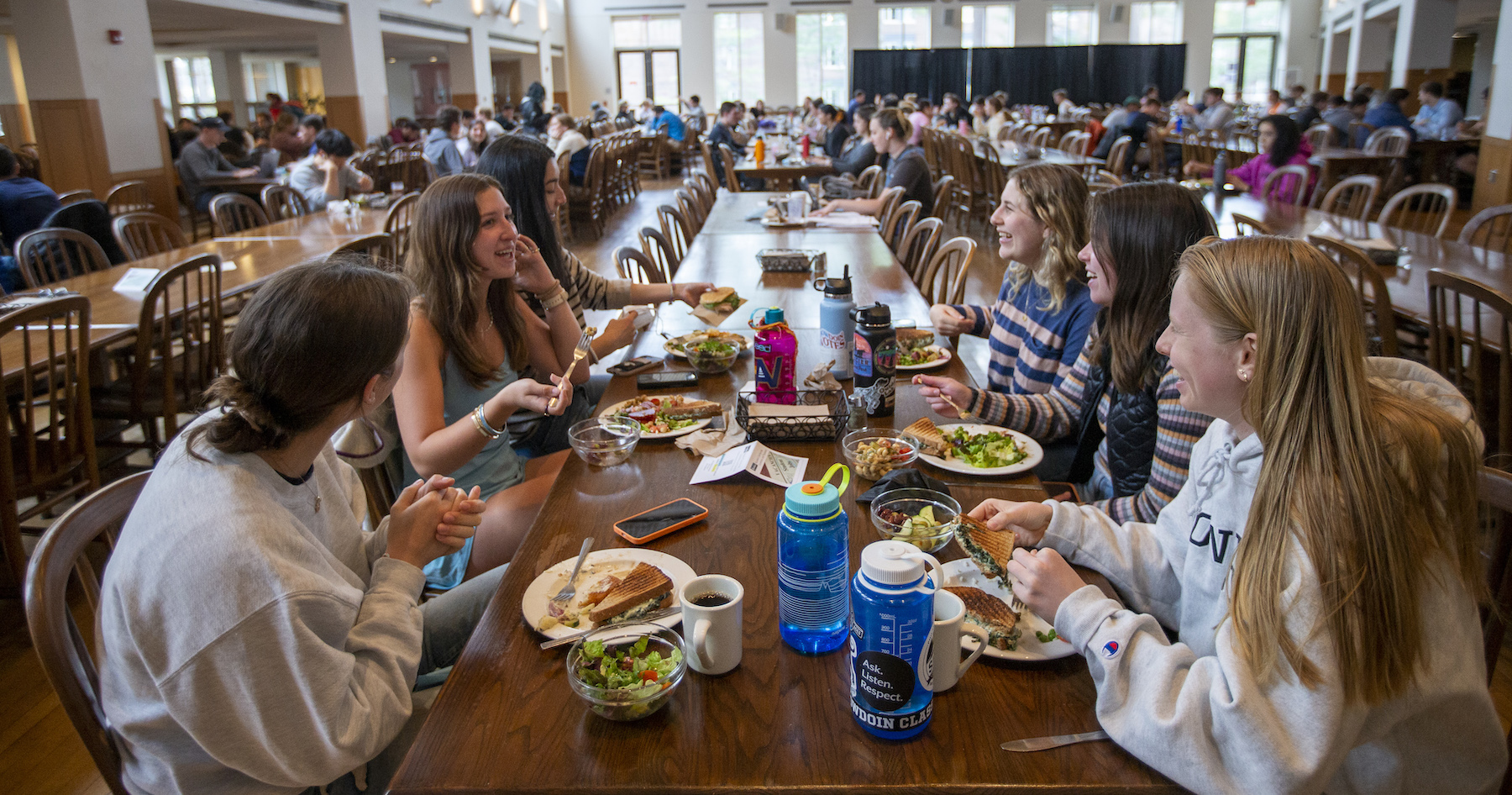 Of course, sourcing locally and sustainably has been more challenging the last few years. All of Bowdoin Dining’s paper products were compostable pre-COVID, but at the peak of sourcing challenges, the college was forced to order non-compostable takeout containers among other items.

“We had to buy what was available, and we had no choice—but you know, you do that long enough and it becomes OK,” Caiazzo says. “But we have to push for what we believe is right, actively looking for new items to become available and asking our vendors to broaden their local purchases. That happens only when everyone’s on board.”

It’s what Miller, the new FSD, admires most about his new team.

“For most people, it’s tempting to take the easy road,” Miller says. “But they’re obsessive about the details, and they would never consider doing it the easy way if something’s going to taste better—even if it means an extra hour of their time. They have blown me away.”

See what’s in store for Miller’s operation, which was named FSD’s November Foodservice Operation of the Month.

On paper, it might appear to be simple cuisine. But almost every single thing on these menus is prepared from scratch. I really mean from scratch, too: We have a meat room on campus where we are breaking down all of our proteins for the menus. We have a bake shop that produces all of our bread on campus and our desserts from scratch. I couldn't speak more highly of what I've seen so far, both in terms of the commitment to scratch cooking game and the buy-in from the team that's pulling it off. 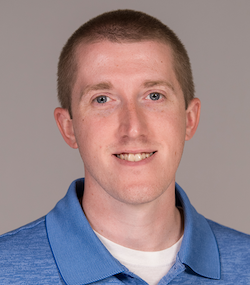 Honestly, I don’t know that I have specific goals yet, and that’s intentional. I report to our vice president of finance, and the question I posed to him was: What would you like me to do in my first six months or a year? His answer was: Just be here, be present, earn the respect of the team and really understand how Bowdoin Dining does what Bowdoin Dining does.

So that's the biggest thing for me at this point: Understanding the history here, in a place where directors stay for 25- or 30-plus years. [The staff] is itching to have that as they come out of the pandemic, and I’m optimistic and hopeful that I can be that person for them—and be here for the next 30 years. That’s it for me right now, rather than financial goals or end-user engagement or anything like that.

Nominate an FSO of the Month
CU  supply chain