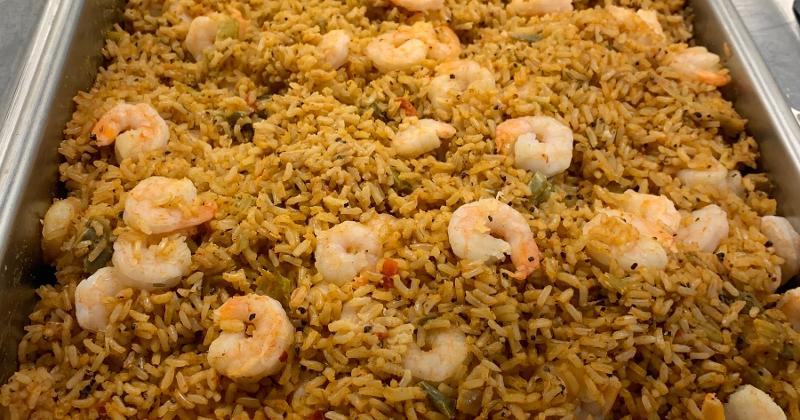 Diversifying menus to include international dishes is more than just an inclusion move— it’s smart business, too.

Adding items from all over the world can attract diners seeking meals from their own cultures or introduce others to new cuisines. It’s also a great way to challenge and inspire your staff.

“In any situation, it’s tempting to stick to what everyone has known for ages—in this case, mac ‘n’ cheese and burgers,” says Emme Ribeiro Collins, district chef at Seattle Public Schools.“But it doesn’t have to be scary to try new things. Broadening your horizons literally opens up a whole new world.”

Here’s how Collins and her colleagues brought new cuisine types to the district in recent months.

Ensure dialogue is deep and ongoing.

The key to success is going beyond a surface-level connection with individuals and community groups, Collins says.

“There has to be more to it than just, ‘Would you like to see some of your culture’s dishes on our menu?’ ‘Yes, I would,’” Collins says. “If you want to be authentic and true in what you’re doing, it’s about building relationships that involve ongoing conversations.”

For example, Collins is currently planning a menu with Native American dishes as part of a “Taste of Washington” theme. She came across a Three Sisters Soup recipe with corn, beans and squash that sounded delicious. But when she brought the idea to a local Native American group, they explained the soup was a recipe from tribes in the southern United States.

“So to honor Taste of Washington, that recipe doesn’t makes sense because it wasn’t local to here,” Collins says. “I wouldn’t have known that without the partnership of this group, and that was so important because we never want to just check off a box. We want to do it right.”

That said, there is one piece of feedback that Collins and her team took with a grain of salt: Parents who insisted their kids wouldn’t be interested in trying new foods.

“A lot of adults say, ‘Oh, kids won’t eat salad, they won’t eat this or that,’” Collins says. “It was a matter of actually talking to the kids and seeing what they want.”

Seattle Public Schools staff opted for the latter when a student wrote in requesting vegan dishes.

“We let our vendors know about the interest, and we turned it into a whole festival,” Collins says, adding that it was both a fun event and a savvy move that earned the staff valuable feedback and insight in a single day.

“Our purveyors brought things in, the kids voted on what they tried and everyone loved it,” she says. “Ultimately, it’s about making the kids happy—and kids are more adventurous than people tend to give them credit for.”

Nominate an FSO of the Month
marketing  menu development