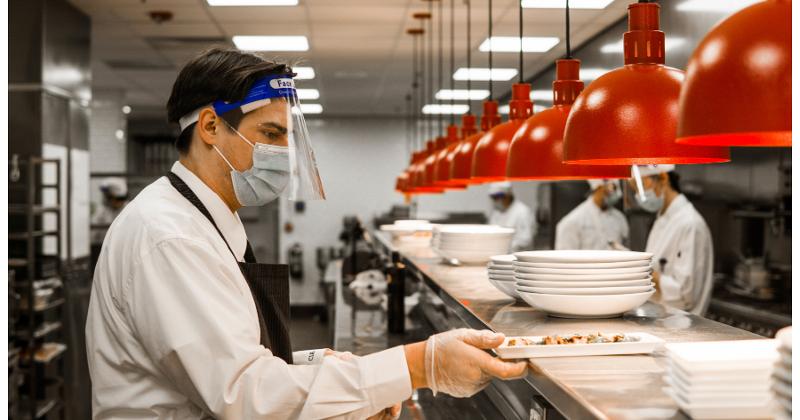 Photo courtesy of The Culinary Institute of America

The late Michelin-starred chef Paul Bocuse might flip his lid—toque and all—if he knew what the top culinary schools in the U.S. will be including in the curriculum going forward.

“Training will now include how to make beautiful food in a to-go container,” says Lachlan Sands, president of the Los Angeles campus of the Institute of Culinary Education (ICE). “Integrated into the coursework will be recipe development for items that will maintain their integrity during travel.”

The Culinary Institute of America (CIA) in Hyde Park, home to The Bocuse Restaurant named for the late French chef, is also incorporating some new subject matter into its electives, says Provost Mark Erickson.

“Students will learn how to represent the restaurant well when food is packaged and carried out,” Erickson says. “There’s also a lot to be learned about ghost kitchens, and how to do that well.”

The CIA and ICE are still laser-focused on fundamental skills and techniques, with a primary goal of preparing students for the world of full-service restaurant dining. But both Erickson and Sands acknowledge that the pandemic changed the way foodservice does business.

Upscale concepts got into takeout and delivery for the first time, learning on the fly how to create and package signature menu items to go. Some high-end chefs started virtual brands, while others are selling signature food products and meal kits. Off-premise and retail channels both produce incremental revenue and can no longer be ignored.

“We’re preparing students for all eventualities, so they are open to new opportunities,” says Sands. “The business is no longer based entirely on putting food on a china plate and serving it. Graduates may need to explore other revenue streams.”

Adds Erickson: “We’re broadening the definition of what it means to be a chef. Most students will cut their teeth in a fine dining environment, but then may pursue something different. The expectation is no longer that you put on a white coat and join the line.”

The ICE model focuses on the essential mechanical skills necessary to pursue a culinary career—knife skills, taste education, sauteing, advanced cuisine and so on. Last year, the school created 36 pages of safety protocols to allow in-person classes to resume in June 2020. Everyone was masked and social distanced in the labs with plexiglass dividers between stations, says Sands. The protocols are still in effect. 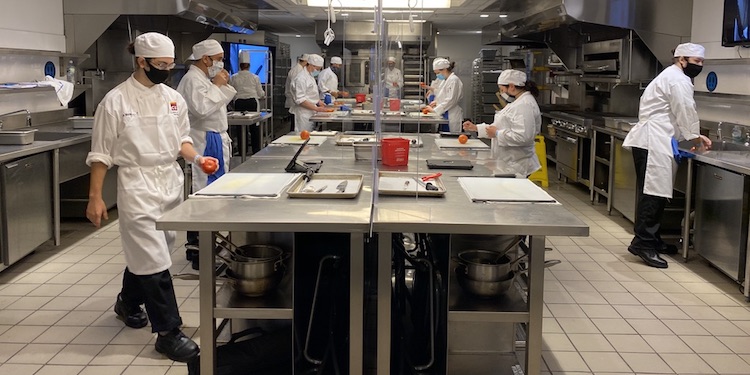 In addition to culinary skills, “employers also want to see that students have mastered the ‘softer skills’ such as self-discipline, interpersonal communication and professionalism,” says Sands. Those are incorporated into the curriculum, along with restaurant management.

Except for a short period of time in 2020, CIA students continued to participate in kitchen labs, honing culinary skills. The school moved some lectures online and by early summer, students were back in the dorms, with strict safety protocols in place. “We put a soft bubble over campus,” says Erickson.

Although coursework is evolving in response to the pandemic, he pointed out that the curriculum has been changing over the last five years. “We look at food in a more holistic sense—it’s not just about preparing a meal,” says Erickson. “Culinary education includes food policy, the impact of food on the environment and equitability.” Students look up to people like Jose Andres as a role model, he adds.

More CIA students are also moving beyond the two-year degree to pursue a four-year baccalaureate degree, which covers the business and management side of the industry, and others are studying culinary science.

Running the five campus restaurants is an important part of the training, but during the pandemic, students took the role of guests, as well as cooks, service staff and more. The restaurants reopened for service on May 25.

Although ICE and the CIA tried to continue as much in-person learning as possible last year, Rouxbe ramped up its online curriculum and branched out with its virtual classes.

Rouxbe established itself as a totally online culinary program from the start, offering 200 hours of guided instruction over six months of intensive classes. The learning platform optimizes the experience through video and instructor interactions, and at the completion of the coursework, students receive a Professional Cook’s Certification.

During the pandemic, enrollment increased, says Ken Rubin, Rouxbe’s chief culinary officer. “Community colleges and high schools were seeking online classes, and we partnered with these institutions, credentialing their chefs to teach. It relieved them of the need to shoot all new videos,” he said. “They could use ours and evaluate students after each module.” 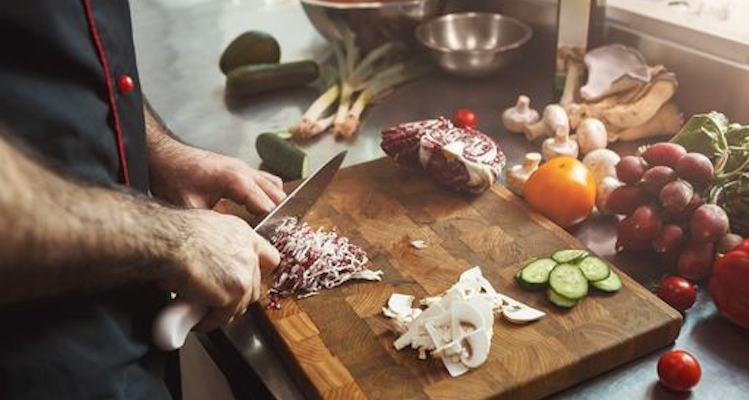 Companies such as Wegman’s supermarkets, Trilogy Health and Compass purchased classes as well, giving current kitchen staff the opportunity to refine their skills and advance their culinary careers.

Rouxbe also launched a few short programs to train inexperienced cooks to enter the restaurant industry. Kitchen Quick Start is a new 10-hour course to help returning and new frontline workers learn essentials, such as knife skills and sanitation. The cost of entry and time commitment are much lower than at a brick-and-mortar culinary school—which are fewer in number.

Typically, an employer would be standing there evaluating competencies while the student follows the video, but during the pandemic, that happened over Zoom, says Rubin.

Although Rouxbe is based on a very different model than ICE and the CIA, there is a need for this type of training in the industry—especially with current labor challenges.

Some employers are adding Rouxbe to job descriptions, offering to pay for the coursework in order to attract, recruit and retain workers. Providing foundational culinary training as a perk is an incentive in this competitive labor market, says Rubin.

Both the CIA and ICE report that applications for admission have remained steady or increased through the pandemic, even though the last year wreaked havoc on the restaurant industry—particularly in full-service independents. Students seem to be taking the long view, says Erickson. 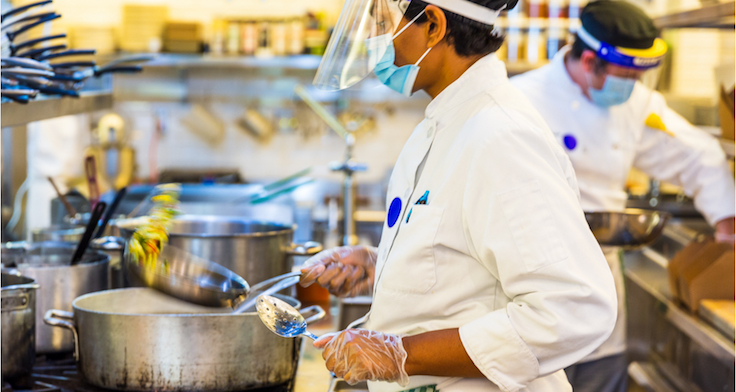 Photo courtesy of The Culinary Institute of America

Applicants are sometimes asking different questions of the admissions team, such as “what does the future look like for the restaurant industry,” Sands says. “But the culture of spending money in restaurants has not gone away. When students see that consumer desire is there, they’re encouraged.”

As the country reopened, student externships were also up. “Demand is very high for externs in fine dining now, much better than three months ago,” says Sands. “It’s a buyer’s market for students, particularly in New York and L.A. [home to ICE’s two locations].”

The CIA is seeing similar activity. “Externships have really accelerated in the last month,” says Erickson. “We are sending out more than the average number of externships for summer, especially as the resort industry comes back.”

There’s still a lot of work in fine dining, but the CIA is also broadening where students can do externships, sending them into the R&D environment and other nontraditional places.

The tight labor market means that students can pretty much choose the most attractive restaurant offer when they graduate. “I believe we’ll soon see an increase in salaries for beginning cooks,” says Sands.

In the short term, he is eager to get feedback from ICE externs and graduates as to how operations are evolving. The way menus are being developed and dishes cooked will impact the curriculum going forward.

“There will be further changes for sure,” says Sands. “We’re looking closely at how things are evolving, and ICE has a mechanism to be reflective and proactive.”