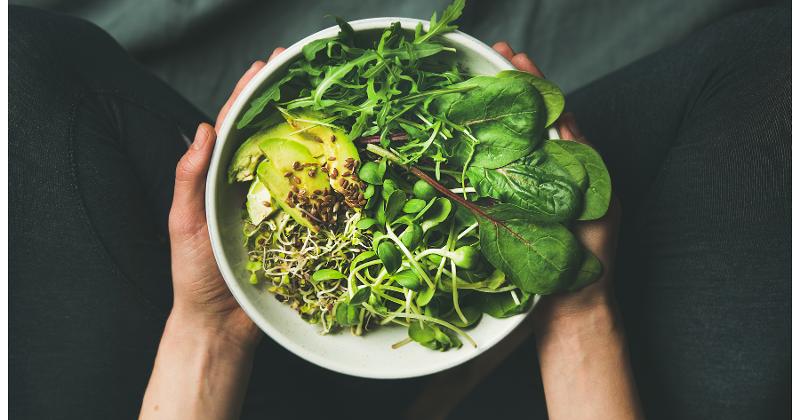 Chefs, operators and educators from around the world gathered recently to participate in The Culinary Institute of America’s Global Plant-Forward Culinary Summit. Over three days (March 30-April 1), they shared strategies and practical applications for promoting plant-forward eating in foodservice operations.

For inspiration, take a look at five creative takeaways from the many virtual presentations, demos and panel discussions.

Keep the vegetables whole and recognizable. Narda Lepes, a chef from Argentina, feels that diners are encouraged when they can say “We ate a whole eggplant” or “We ate a head of cabbage.”When creating a new dish, aim to make sure that at it’s at least 50% vegetables, says Lepes—for instance, a poutine filled with mushrooms.

Incorporate cover crops to promote sustainability. Embrace parts of plants that haven’t traditionally made it to market, and consider developing a dish with what would normally be left at farmers’ feet. Through his collaboration with farmer Peter Jacobsen, chef Matthew Accarrino of SPQR Restaurant in San Francisco has shown the culinary opportunities of using cover crops, such as fava, arugula and mustard leaves and flowers.

Other crops include barley, rye and sorghum. These are a vital part of a sustainable agricultural operation, but one whose output is often overlooked in terms of culinary utility.

Support agrodiversity. About 75% of the world's food comes from just 12 plants and five animal species. In its dining operations, Google is actively trying to feature more and different plants in support of agrodiversity, to the benefit of the planet as well as its community.

Take a plant-forward approach to desserts. Megan Fitzroy Phelan, pastry chef and co-owner of Longoven in Richmond, Va., incorporates vegetables in unique ways, including in a sunchoke mousse and tomato granita. Some of her desserts play more savory than sweet, but still provide a good ending to the meal.

Set up a plant-based bar in the kitchen. Ingredients on display can include dairy alternatives such as oat, coconut, soy, or nut milks; egg substitutes, such as aquafaba or canned chickpea liquid; and vegan alternatives to white sugar, which is often processed using bone char, including cane syrup, agave, maple and coconut sugar.