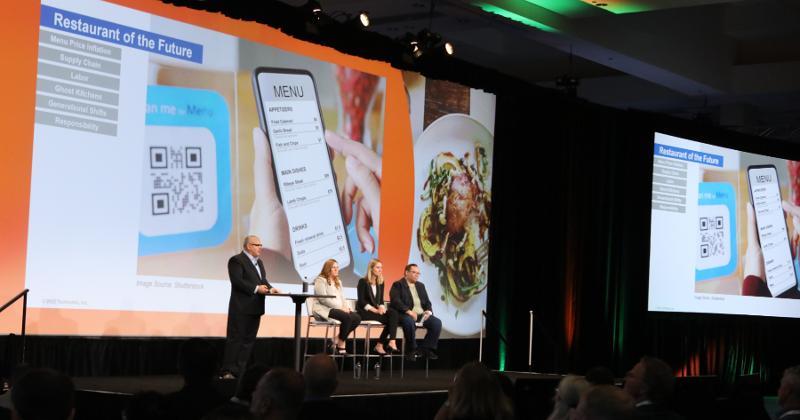 Technomic's Joe Pawlak, left, moderates a panel on Monday at the Show. / Photograph by Oscar & Associates

Looking back on the hubbub of the National Restaurant Association Show this past week, one thing seems clear: The technology boom is far from over.

Sixty percent of restaurant operators surveyed by Technomic plan to increase their tech budgets over the next two years, said Joe Pawlak, a principal with the research firm, during a Monday panel. And discussions about all kinds of problems, from food costs to supply chain to labor, often turned to tech as a solution.

Aside from the obvious tech trends—digital ordering, delivery, loyalty—here are four more that jumped onto our radar during the four-day event in Chicago.

Small robots that do the little things

Robots were everywhere at the Show, doing everything from cleaning floors to cooking fries. But a panel of equipment experts suggested that bots don’t have to do all that to make an impact at restaurants.

“I think we’re a long ways off” from robots that can replicate human workers, said Lenny Condenzio, CEO of Ricca Design Studios and a judge for the Show’s Kitchen Innovation Awards for cutting-edge equipment.

Instead, he said, the best automation makes incremental improvements and doesn’t take up too much space. He pointed to the self-contained drink-making robot from Botrista as a prime example.

When you have 600 pieces of equipment, “every little bit adds up into the bigger picture of smaller footprint and better labor efficiency,” he said. 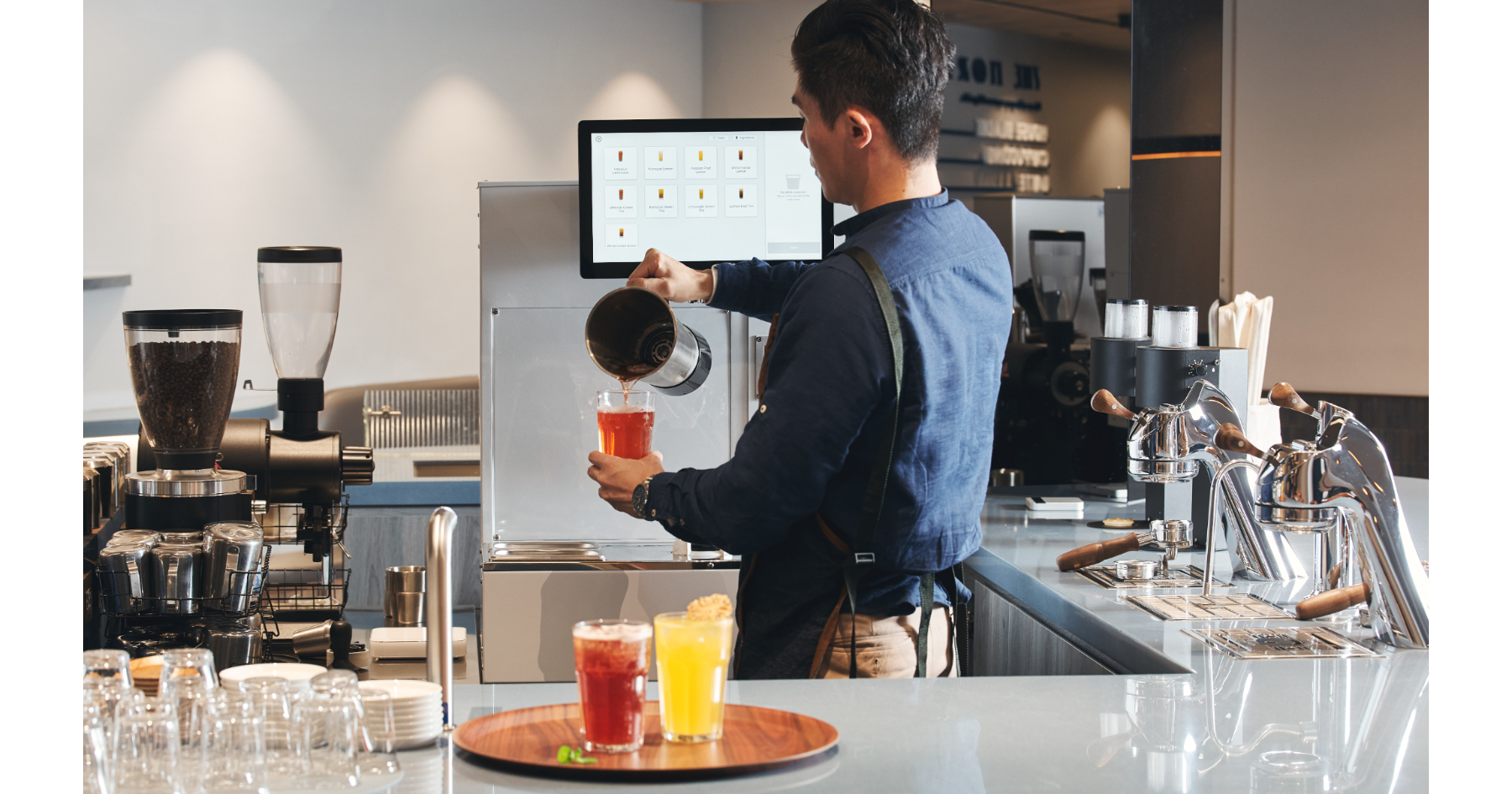 As takeout grows, so does the technology around it. On display at the Show were a number of temperature-controlled pickup cabinets that allow guests to enter a code to retrieve their food. One of the benefits of these high-tech cubbies is that restaurants can get better data on how long an order sits before it’s picked up.

Another channel to keep an eye on: Casual-dining drive-thrus. They’ve started to appear in various forms, from a full-service drive-thru at Smokey Bones to simple drive-up pickup windows at some Applebee’s. At least one chain executive expects to see more.

“I think you’ll see the premiumization of the drive-thru, and you’ll probably see quite a few casual-dining brands play there,” said P.F. Chang’s CMO Tana Davila during a Monday panel.

A number of technology companies were showing off new products that allow dine-in guests to order and pay faster. Square, for instance, launched new handheld devices for servers that are designed to speed table turns. And Toast unveiled upgrades to its QR-code-based ordering and payment system, including a new feature that allows both the server and guests to add items to a running tab.

The tools are not necessarily new, but they're being increasingly framed as labor savers because they eliminate the need for a server to run back and forth to put in an order or grab the bill.

“If you go to a restaurant, you kind of expect poor, slow service” because so many are short-staffed, said P.F. Chang’s Davila. “I can’t tell you how many restaurants [where] I was dying for an order-and-pay-at-table solution.”

It’s no surprise that P.F. Chang’s now gives guests the option to scan a QR code and pay with their phone. 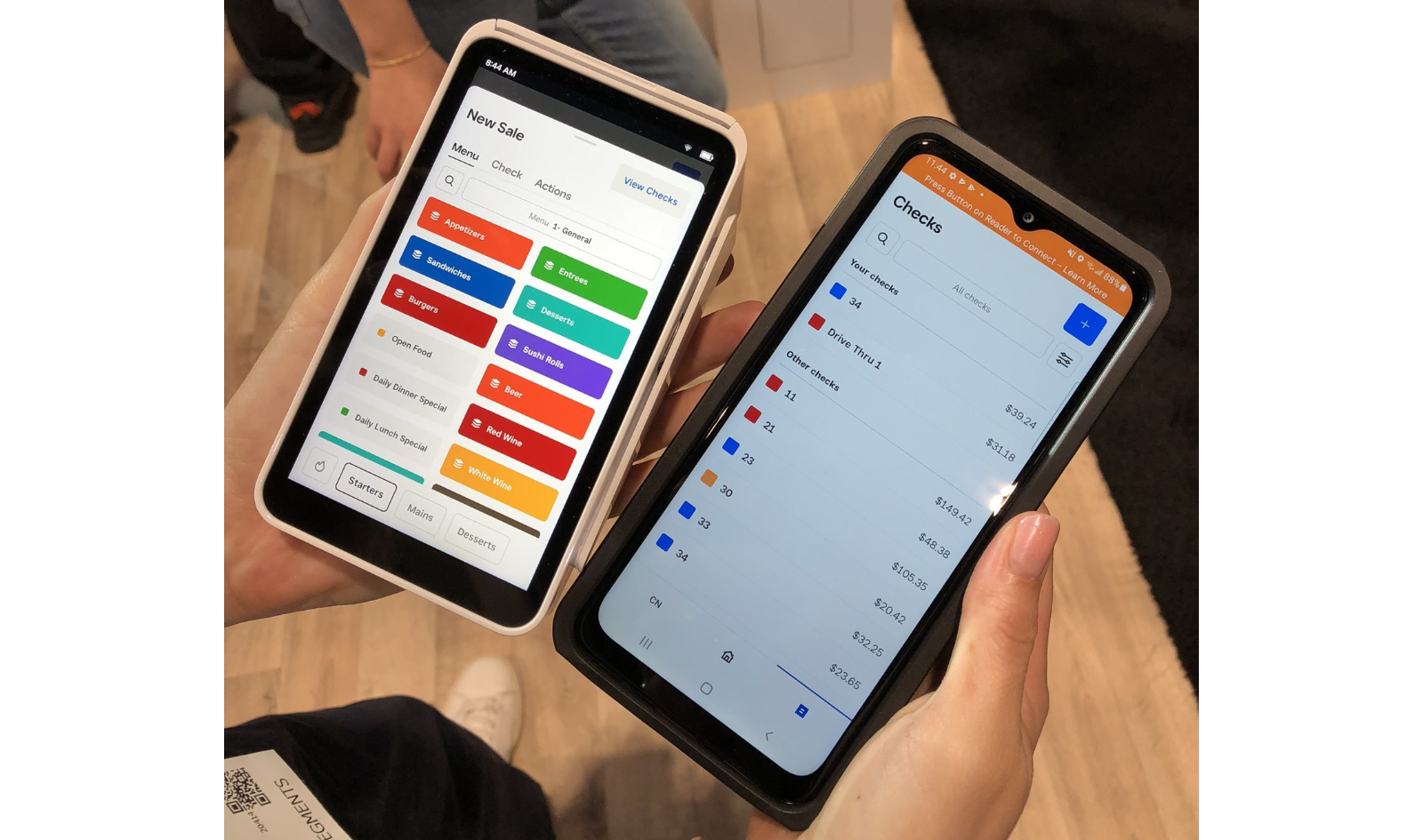 ​
On the right is Square's new mobile ordering and payment device for servers. / Photograph by Joe Guszkowski

Fed up with the high costs of third-party delivery, a growing number of restaurants are apparently looking into doing it themselves.

“Restaurants are asking us, ‘Hey, we want to do our own delivery because we need to protect our margin. What technology is out there?’” said Bryan Solar, head of restaurants at Square.

He pointed to software suppliers like Cartwheel and Vromo that can help restaurants manage their own deliveries, and noted that he has even seen some restaurants buying their own branded cars.

“It’ll probably roll out in pieces,” he said, starting at the hyperlocal level and spreading from there as operators get better at it.

Chartwells Higher Education brings back Joy-Ful campaign for another year