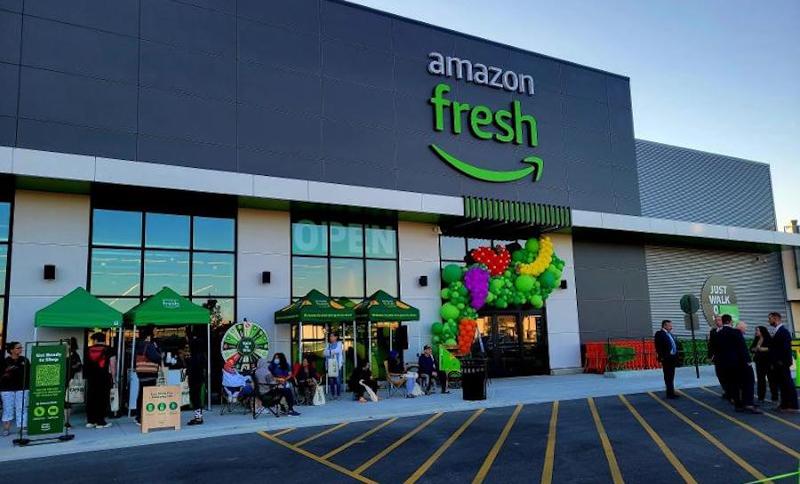 It’s 6:30 a.m. on a Wednesday, about 30 minutes before the grand opening of a new Amazon Fresh grocery store just outside Chicago, and an announcer is working the crowd, telling the hundreds of folks in line to return for lunch or dinner.

“Winner, winner chicken dinner,” he repeated. “Make sure you come back and get a hot slice of pizza at a cool price!”

Restaurants, of course, have no shortage of competition.

But it’s worth paying attention to the growing potential threat from Amazon Fresh, which opened two new locations last Wednesday alone (the other was New York’s first market, in Oceanside).

The supermarket chain from the retail Goliath opened its first location in August 2020 in Bellevue, Wash., and now has 34 stores in California, Illinois, Maryland, New York, Washington, Pennsylvania, Virginia and Washington, D.C.

It has future stores planned in California, Connecticut, New Jersey and Pennsylvania. An Amazon Fresh spokeswoman declined to say how many more markets would open this year and next, except to note that the chain is growing.

Grocery stores around the country, of course, have long offered prepared and ready-to-heat foods.

But the lure of Amazon Fresh is its almost over-the-top convenience and its low prices, especially for members of Amazon’s Prime rewards program (of which there are now more than 200 million around the world). 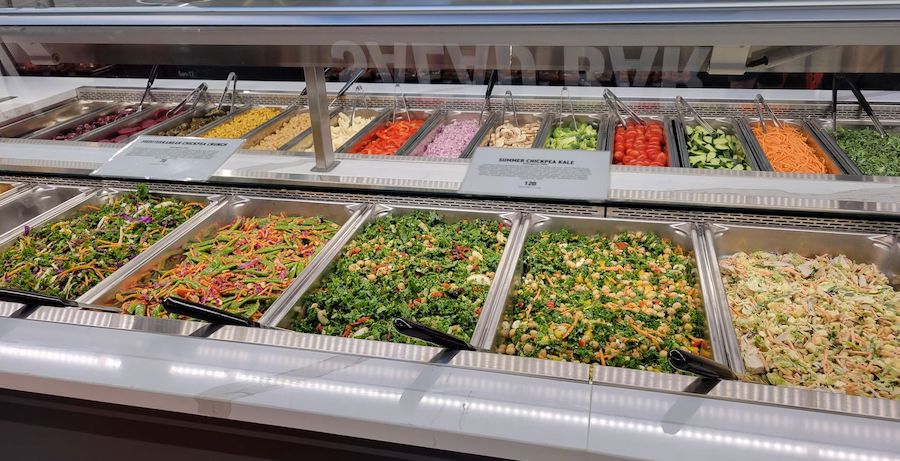 Salads on display at Amazon Fresh / Photo by Heather Lalley

The supermarket features what Amazon calls “Just Walk Out Shopping.” And it’s almost as seamless as that: Download the Amazon shopping app and scan the QR code it generates to enter the store’s gate. Load up the tech-enabled shopping cart with food and other items and scan the code again to exit and walk out the door.

Amazon says shoppers are able to skip the checkout line through “a combination of computer vision, sensor fusion and deep learning.”

But the store also has several traditional checkout lanes for shoppers who prefer the old school experience.

In Norridge, Ill., last Wednesday morning, just about five minutes from the Chicago border, shoppers were presented with a veritable buffet of restaurant-quality foods.

An onsite sushi chef was preparing colorful rolls and poke bowls. A deli case brimmed with prepared salads, grilled salmon, meatballs and chicken tenders, across from a well-stocked salad bar. There’s a hot bar with mac & cheese, mashed potatoes and more, and pizza by the slice for under $2.

There’s a long case of grab-and-go sub sandwiches, we well as a selection of fresh-made hot and cold sandwiches for under $7. Shoppers can also grab a rotisserie chicken for $4.97. 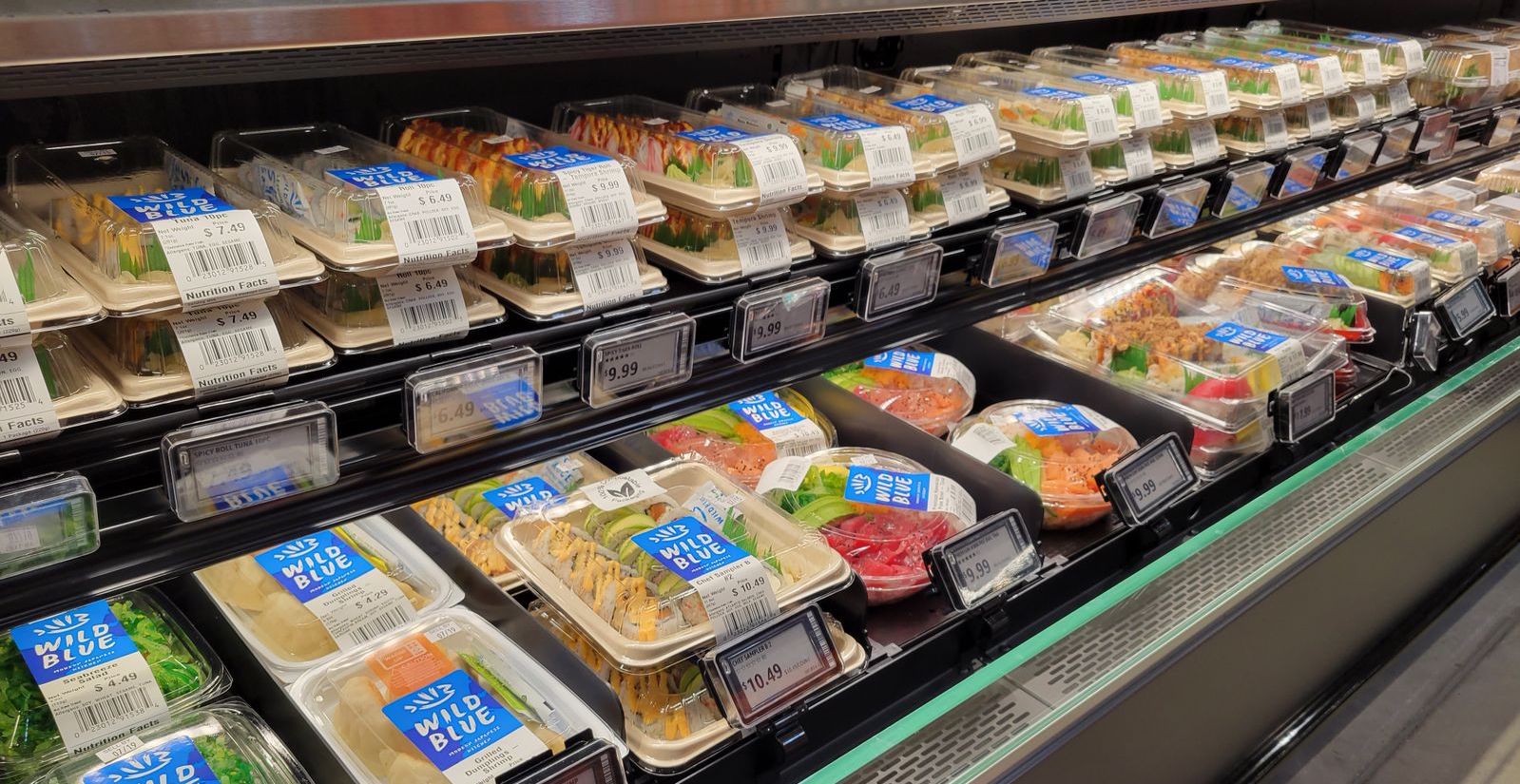 Prime members score 20% off a different category of prepared foods each day of the week, from the hot soups bar on Wednesday to California rolls on Friday.

The deals are notable, and especially enticing, given last Tuesday’s federal report that food-away-from-home prices rose another 0.9% in June, up 7.7% this year, the highest rate since 1981. Restaurant prices meanwhile also hit a new 40-year high during the period.

Amazon’s ability to offer an extraordinary level of convenience, coupled with those low prices during a rough economic time, could very well entice shoppers to skip the drive-thru and pick up dinner from their local Fresh store.