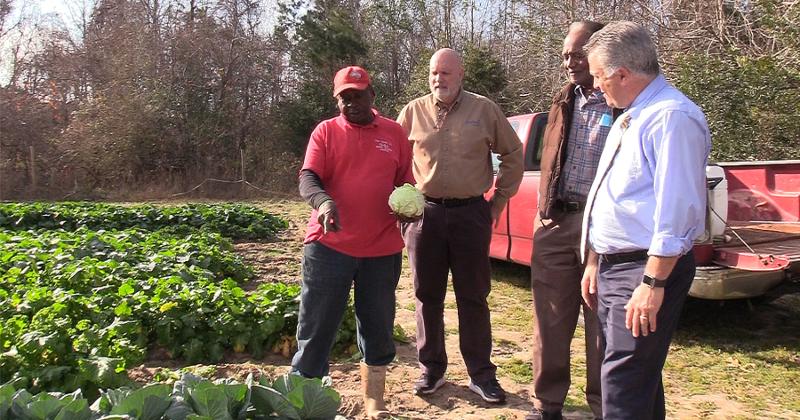 When the Healthy Hunger-Free Kids Act was passed in 2010, the Sodexo team at Beaufort County School District in Beaufort, S.C., decided to use the legislation as a jumping-off point to put more local food onto students’ plates.

“We thought that was a great time to see if we could find a newer, innovative way to get locally sourced fruits and vegetables in the school system,” says Sodexo District Manager Larry Wilson.

Wilson and the team at Sodexo reached out to York Glover, a representative for the Clemson Extension, a part of Clemson University that develops public outreach programs aimed at supporting agriculture and food and nutrition throughout the state.

Bumps in the road

While the cooperative now delivers produce to the school district daily, the partnership initially faced several challenges. Along with meeting different regulatory guidelines set by the U.S. Department of Agriculture (USDA), a major obstacle for the cooperative was finding a distributor and a large enough processing facility.

“The first time around, you know, they just couldn't sustain it because of a lack of adequate facility, and then a distribution network,” says Wilson. “So, we kept working together and looking at different ways to do it.”

Things changed when the cooperative received a USDA grant to purchase an old building on South Carolina’s St. Helena Island and renovate it into a processing facility. The facility officially opened in December and offers the farmers a place to receive, wash, package and store the produce before it is sent to the district.

Sodexo also connected the cooperative with one of its distributors, Limehouse Produce, which is based out of Charleston, which allows the cooperative to cut back on the amount of shipments it has to make.

“Now, they only have to ship one shipment, which is a large shipment, all the way up to Charleston,” says Wilson. “Their produce can now be distributed not only back down here to Beaufort into the school district, but we've also tapped them into a market that is all throughout the Charleston area.”

A variety of fresh produce

Students have been asking for fresh produce to appear on the menu, Wilson says, so they’ve been excited with the new options.

Students also are able to visit some of the farms as part of the partnership. During the field trips, they get a hands-on look at how the produce that ends up on their plates is grown.

With the cooperative’s new facility open and Limehouse on board, Sodexo is now looking at expanding the program to other districts in the area and is also searching for opportunities for the farmers outside of the K-12 segment.

“Limehouse is such a huge distributor. It's not just schools, it’s the private sector, too,” says Wilson. “There's such a market opportunity for the Gullah farmers to get tapped into more of a mainstream market supply chain.”