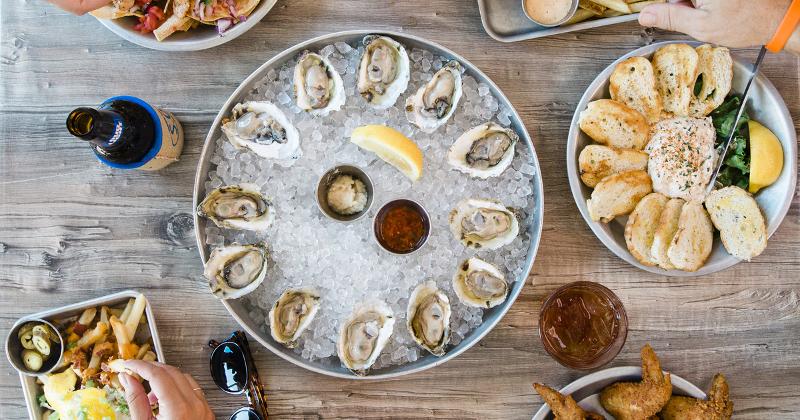 When restaurants and other foodservice operations began shutting down in March, the demand for seafood plummeted and, as a result, so did much of its supply.

“The fishing industry is foodservice dependent, so once the demand decreased, the fishermen stopped going out in their boats,” says Barton Seaver, a Maine-based chef and lead educator for seafoodliteracy.com.

“About 75% of the seafood consumed in the U.S. is sold by restaurants,” confirms Ben Martens, executive director of Maine Coast Fishermen’s Association, a nonprofit that supports sustainability and community-based fishermen.

Now that eateries are reopening, it’s taking a while for the fresh supply to get back up to speed, leading to higher prices. Smaller fisheries and dayboat fleets that typically supply higher-end restaurants were told by wholesalers not to go out fishing during the pandemic. At the Portland Fish Exchange in Maine, prices were down by 34% as late as May, says Martens. Although fishermen were struggling economically, they were getting killed by low prices at the docks.

Larger vessels go further off the coast of New England and the fish is frozen on board, with most product going to chains and other large seafood users. The lion’s share of Alaska seafood, including salmon, halibut, cod, pollock and crab is also frozen fresh, says Megan Rider, domestic marketing director for the Alaska Seafood Marketing Institute. During the height of the pandemic, boats continued to go out and fill the pipeline with fresh frozen fish, which was a boon for supply chain logistics these past few months.

Fishermen also count on exports abroad and the U.S. relies on imports from overseas, both of which dried up as COVID-19 spread around the world. “There are about 2,000 seafood species traded globally, and by the time seafood gets to a chef, it passes through many links in the supply chain,” says Seaver.

Depleted supply and higher foodservice demand means that operators are now confronted with high seafood prices as they reopen their restaurants. While the basic law of supply and demand can account for some of the sticker shock, the issue is complicated by the complexity and vulnerability of the seafood supply chain. Add a global pandemic to the mix, and the seafood chain experienced unprecedented kinks.

“The biggest snag was in in the shipment of fresh seafood, which is done primarily on planes in our business. Trucking frozen seafood has had some snags but not to the same extent as air cargo,” says Kendall Whitney of the Seafood Producers Cooperative in Bellingham, Wash. Co-op members are small fishermen who catch salmon, halibut, black cod and other species in the Gulf of Alaska. The product is then shipped from a processor in Sitka, Alaska. 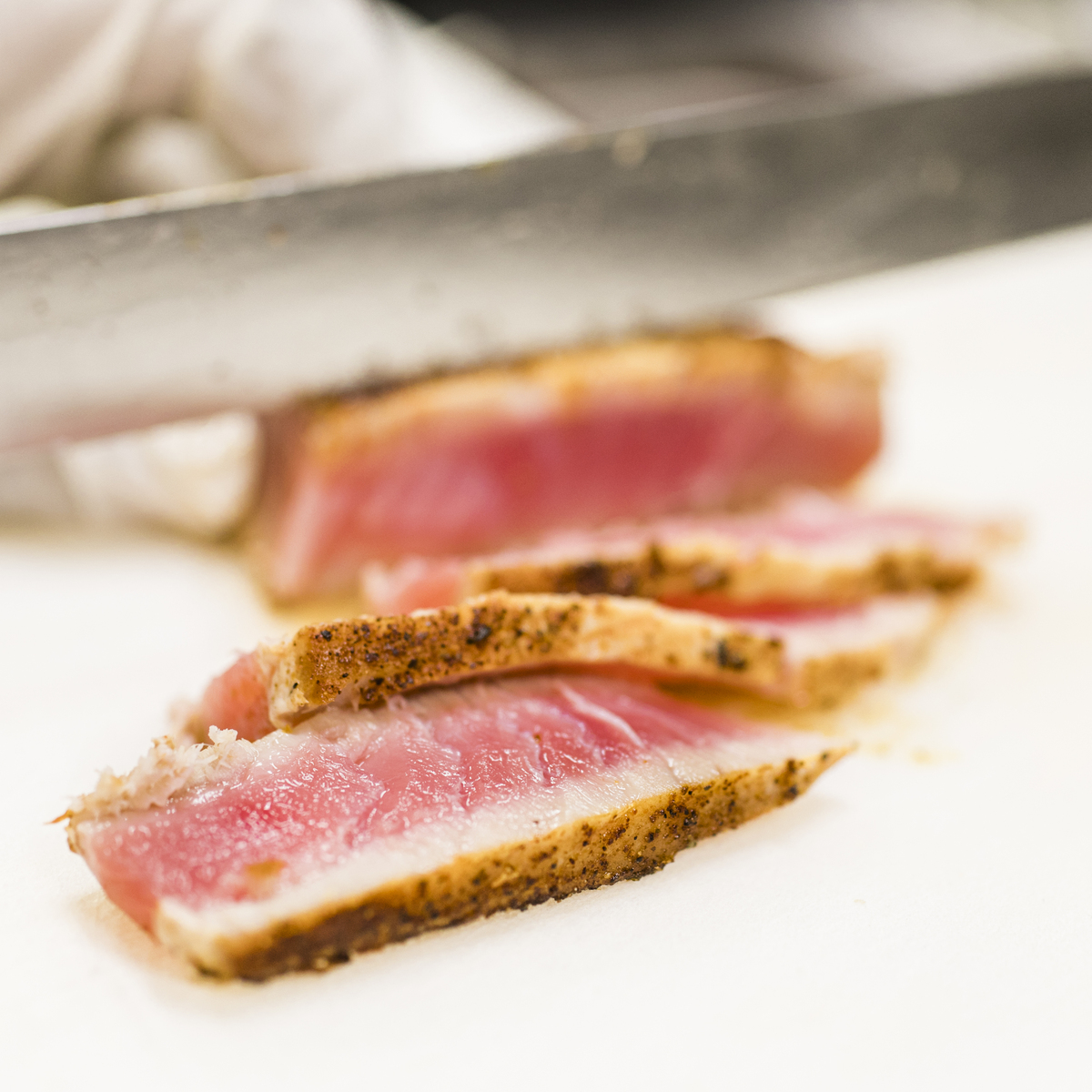 Additionally, a good percentage of the seafood consumed in the U.S. comes from Europe and Asia. “A large portion of the supply from overseas flies in the bellies of passenger planes,” says Seaver. When air travel came to a halt, the supply dwindled.

The lack of air freight also impacted the supply of fresh salmon from Europe, and most went into the retail sector, says Egil Sundheim, U.S. director of the Norwegian Seafood Council.

“It was also difficult to get containers out of China, which affected the cod supply,” says Sundheim. Coupled with the transportation challenge, the spread of coronavirus in China caused a severe labor shortage; without workers to load containers, product sat in warehouses.

“Warehouses can maintain frozen supply for a month or two, but with demand down, the product wasn’t moving fast enough,” says Sundheim. Restaurant chains are big customers of frozen imported seafood and they weren’t withdrawing stock in the same quantities, he adds.

A little relief from aquaculture

Although some aquaculture facilities in the U.S. had to close due to COVID-19 cases among workers, that branch of the industry fared a bit better during the pandemic, says Seaver.

“There was little disruption in the farmed salmon supply but a large amount shifted to retail,” he says. It takes some time to reverse that shift and replenish the foodservice supply.

Restaurants are also big users of farmed oysters and scallops. Up in Maine, some of the producers had to sit on their product, leaving the shellfish to grow for a longer period than usual. This resulted in larger-than-normal oysters, says Martens. But shellfish farmers can recover more quickly than small fishermen focused on the wild catch, he adds.

Seasonality should also improve the supply—and prices—through the summer. Late spring saw the opening of the season for wild Alaska salmon and crabs, and the continuation of a substantial halibut, rockfish and black cod catch. In New England, lobster fishermen are back in the water and haddock and cod prices are stable, says Martens.

The 15 locations of Shuckin’ Shack, a seafood chain based in Wilmington, N.C., reopened at the end of May, says co-founder Matt Piccinin. His supply chain management team contracts shrimp, crab legs and other seafood species with suppliers, setting prices for a year. Once the pandemic closed the restaurants, “the problem was we couldn’t use all the product we had contracted, so it went into other channels. We are getting substitutes now and trying to rebuild inventory,” he said.

Upon reopening, Piccinin did takeout and delivery for a week to get back in the rhythm, paring down the menu to the seafood he could source. Local oyster farmers were sitting on inventory, so he was able to get them—in a slightly larger size, he says. Wild-caught frozen shrimp were also readily available.

“Since China isn’t buying a lot right now, I see crab legs and shrimp coming down in price this summer,” Piccinin says. The same with lobsters, which Shuckin’ Shack serves every Friday. By limiting items such as oysters and lobsters to specials, he’s able to control costs and reduce waste. “When they’re gone, they’re gone,” he says. 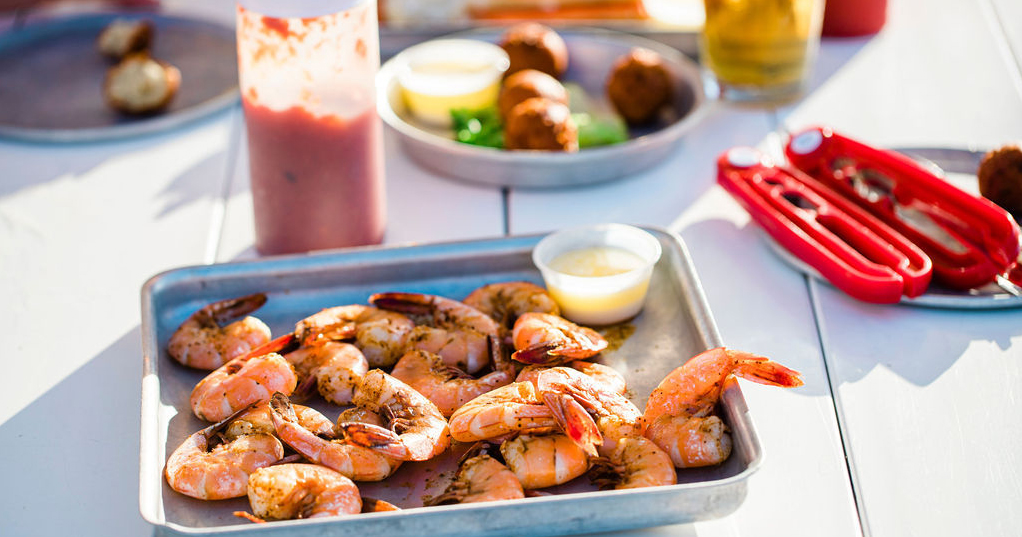 Piccinin is not sourcing any fresh fish now, as he’s getting better prices on frozen portion-size fillets. “Suppliers were sitting on a lot of inventory, and prices are flat on frozen cod, tuna, mahi mahi and other fish,” he says. Some of these species can be used interchangeably in menu items to maximize utilization.

“Restaurants need to look at a broader range of species and focus on better priced products,” says Sundheim. For example, if cod and haddock are pricey, hake or Atlantic pollock can be used similarly in a dish. And with the many variables that can disrupt the seafood supply chain, focusing on fresh seafood alone is risky.

“The pandemic has opened the mindset of the industry to look at frozen as a solution,” Sundheim says. “New technology makes the quality very good.”

Chefs should stop shunning frozen and consider sourcing it when costs get out of hand, agrees Seaver. “There’s lots of inspiring frozen product out there now and the quality has gotten much better,” he says, adding that high-pressure processed lobster meat is also a quality, flavorful option, especially for lobster rolls and salads.

The good news is that consumer demand is strong. Seafood is not cooked much at home, and according to the Alaska Seafood Marketing Institute, it was the No. 2 most-missed item for consumers who couldn’t eat in restaurants during the pandemic. “Our company-owned restaurants have recouped 90% of the business we saw last year at this time,” Piccinin says.