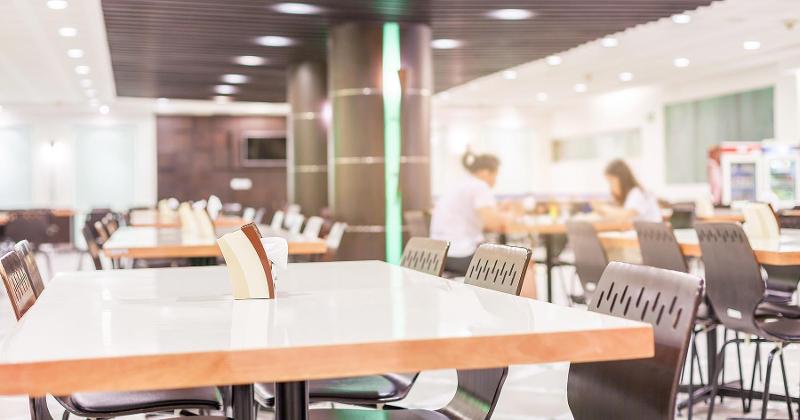 Although some universities are sticking with online learning next semester, others are returning to in-person classes or adopting a hybrid model. Those students who are coming back to campus will be met with a very different dining experience, say C&U foodservice directors.

In a recent webinar presented by the International Foodservice Manufacturers Association (IFMA), Pat Bando of Boston College, Janet Despard of University of Northern Iowa and Van Sullivan of Stony Brook University shared some details of their reopening plans. All are emphasizing meals to go, speed of service and streamlined menus to promote safety, while trying to retain their schools’ unique dining culture.

“We’ll invite you to leave,” said Despard, referring to University of Northern Iowa’s COVID-related rules on social distancing and limited dining hall capacity. Students won’t be able to linger and socialize during mealtimes, as they had previously, and meals to go will be expanded significantly. Meal plan participants will still be able to get unlimited items, but staff will encourage them to eat elsewhere. “We’re also installing more outposts around campus for meal pickups,” she said.

“Jamming days are gone,” Bando agreed. “We’ll be doing more grab and go and packaged salads with protein options packed separately for quick pickup. We’re still debating whether the meals will be handed to students or they can pick them up out of refrigerated cases, but they’ll still have plenty of menu variety.” Boston College is only opening its larger dining halls and transforming some event spaces into meal pickup areas.

“Speed of service is paramount,” Sullivan said. “If we get students from Point A to Point B in service in 41 seconds, we can feed 15,000 people during a two-hour lunch period. Getting people through the line and discouraging mingling is the challenge.” At Stony Brook, seating in the dining halls will be down to 25% of capacity, so the school is working to create more seating areas around campus.

Paring down menus is also part of the mix at all three colleges. At Stony Brook, students will choose from six to eight items a day, and the same menu will be offered at every dining location “so there’s less shopping around,” Sullivan said. He also plans to introduce grab-and-go value meals at retail, priced from $6 to $8 instead of the former $10 to $12 to help non-residential students who may be struggling in the economic downturn.

Boston College is focusing on its most popular menu items. “The core items are still in debate, but we’re looking at sub sandwiches—the bigger, the better—vegetarian bean and whole-grain bowls, pizza, mac and cheese and Italian food, such as chicken Parmesan,” she said. Comfort foods that intersect with ethnic preferences, including chicken tikka masala and Asian stir-fries, are also high on the list. 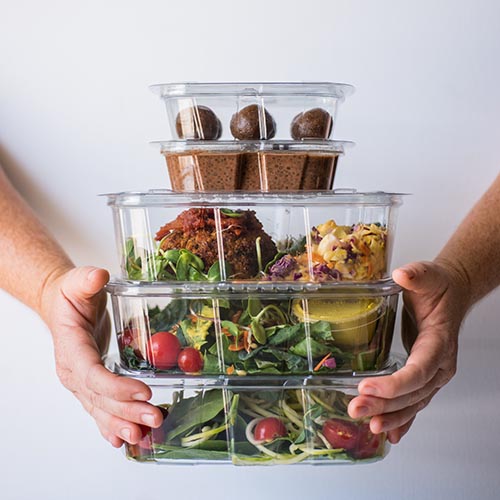 Customization is another perk that taxes labor and clogs service. “Online orders made ahead will allow for more customization, but we’re trying to flatten the customer curve at peak lunch and dinner periods so they don’t get slammed,” Bando said. Her idea is to lure students with customization during off-peak times to encourage them to come when it’s less crowded.

With the shift toward to-go meals, what about all that packaging waste? University of Northern Iowa is staying with reusable containers “in a nod to maintaining sustainability,” Despard said. Students can return the used containers at any time, and if they show their [meal card] carabiner the next time they come in to eat, they will get a clean container.

Admittedly, all these new protocols may be overwhelming for both staff and students; however, leaders can help set the tone. “We have to remember to project a positive perception rather than a negative, authoritarian perception,” Sullivan said.

All three panelists acknowledged that their plans are continually changing as state and federal guidelines evolve.

What C&U operators can expect this fall