As the coronavirus exploded into a pandemic over the past couple of weeks, sports and other events across the country have taken a big hit. All NHL and NBA games were canceled, the start of baseball season was postponed, and conventions and performances have been called off across the country. That left Centerplate, a foodservice company that operates at arenas, stadiums, convention centers and other large venues, with a lot of food on its hands. The Centerplate teams at various locations quickly came up with plans for the surplus to help those in need.

“Through close correspondence with local health departments and our global network of expert resources, we are implementing all the necessary protocols at each of the venues where we serve and giving back to the local community with prepared and unused food whenever we can,” a Centerplate spokesperson said. “We hope these donations will have a direct impact during these trying times.”

Here are some of the initiatives it has enacted:

• Food for Zendesk’s annual conference was already prepped and waiting for the arrival of 2,300 attendees at the Miami Beach Convention Center when the event was abruptly canceled.In the months prior to the conference, Zendesk had worked with the convention center and Centerplate on a food waste-reduction plan, so Food Rescue US was already lined up to accept the more than 1,000 pounds of food no longer needed for the event. Centerplate was also prepared when the postponement of the Miami City Ballet was announced, again donating more than 1,000 pounds of perishables, including yogurt, milk, potatoes, cheese, fruits and vegetables. Food Rescue US distributes the donations to local missions and shelters in the area. 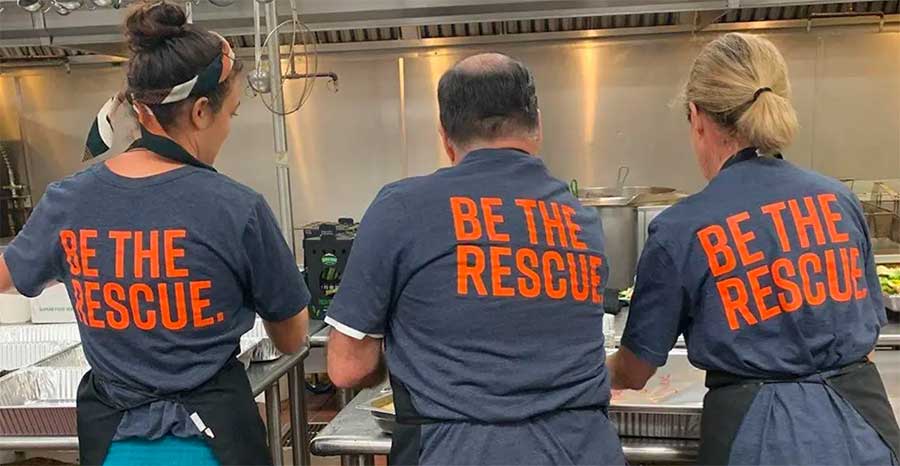 • With the baseball season on hold, the Centerplate crew at T-Mobile Park in Seattle tapped into its inventory to collect unused goods. Fresh ingredients, such as cauliflower florets, tomatoes, mushrooms, yellow squash, avocados, pineapples, melons, asparagus and lettuce, were donated to Canning Hunger and the local Salvation Army.

• Centerplate General Manager Roy Sheckles and Executive Chef David Skorka organized their staff at the Kay Bailey Hutchison Convention Center in Dallas to donate food to first responder groups on the front lines of COVID-19. Also on the receiving end is The Stewpot, which provides meals and programs for homeless and impoverished adults and children, and the City of Dallas Emergency Management Office. About 5,000 pounds of food has been donated so far.

• We Don’t Waste, a Colorado food recovery organization, benefited from three pallets of food donated by the Colorado Convention Center in Denver. Centerplate also prepared 150 care packages for staff to take home to their families.

Convention and conference venues are laying the groundwork for reopening