Amid caring for patients and juggling demanding schedules, healthcare workers often have more important things to do than sit down and enjoy a leisurely meal.

Just like many other people these days, these time-stressed workers are looking for healthy meals and snacks they can eat on the run whenever they choose, whether it’s during traditional mealtimes, or in between meals as part of the increasing prevalence of anytime snacking.

Soups packaged in grab-and-go or securely sealed containers for portability offer the meal and snack options customers in healthcare facilities are seeking. Because consumers also increasingly associate their emotional well-being with healthy eating, soups can be  an alternative to grab-and-go junk food that they may regret eating.

Nearly 82% of healthcare foodservice facilities offer soup, according to Ignite menu data, but the segment lags behind the penetration of other commercial foodservice segments such as business and industry venues (100%) and colleges and universities (96%), which indicates potential opportunity for growth.

According to Technomic’s 2018 Soup & Salad Consumer Trend Report, one key trend that has emerged as a potential opportunity for foodservice operators is that soups and salads are increasingly being positioned not only as lunch or dinner options but also as snacks between dayparts and even as breakfast options.

“More operators are miniaturizing soups and salads, as well as serving them in portable containers, to encourage snacking,” the report said.

The report found that 17% of consumers said they were likely to order soup as a snack, In addition, 17% also said they were interested in eating soup for breakfast and 21% of consumers strongly agreed that they’d like more restaurants to offer soup during breakfast hours. That’s a significant percentage, indicating a potential opportunity to expand the availability of soups in noncommercial foodservice settings as well.

And, highlighting the need for portable options, more than a third of consumers (34%) in the report said they feel it is important for it to be easy to take soups and salads on the go.

Campbell’s prepared soups provide a variety of healthy and tasty options for workers, patients, residents and guests alike. Operators can drive consumer interest with grab-and-go selections that rotate seasonally, for example, or perhaps even daily or weekly, and include options for consumers on restricted diets or those wanting to have less sodium in their diets, all with a minimal investment in time and labor.

For more information about how soups in convenient, portable containers can satisfy the needs and demands of hospital workers and senior living employees and residents, visit campbellsfoodservice.com/. 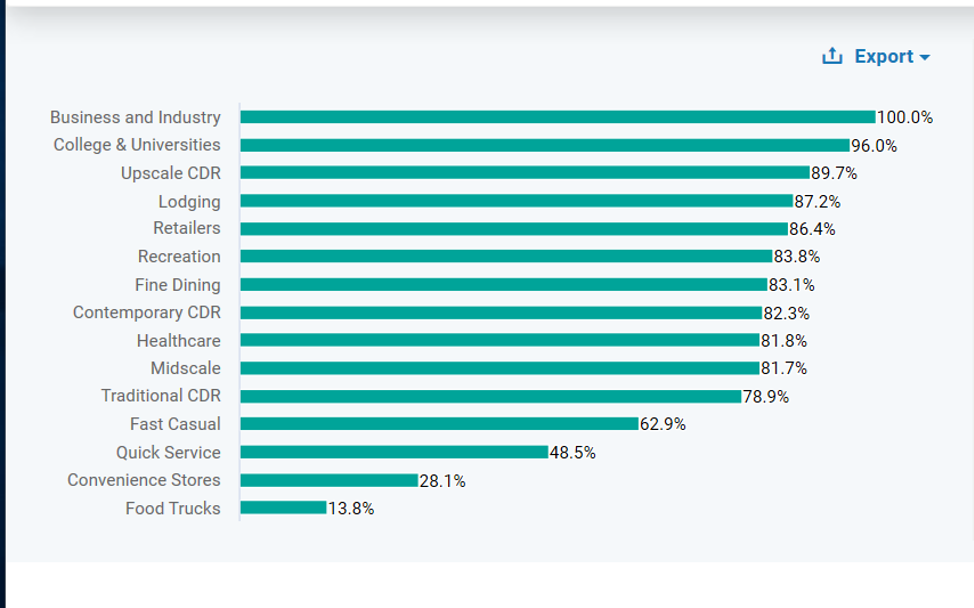 The report found that 17% of consumers said they were likely to order soup as a snack, compared with 11% in 2015.

In addition, 17% also said they were interested in eating soup for breakfast, up from 9% in 2015, and 21% of consumers strongly agreed that they’d like more restaurants to offer soup during breakfast hours. 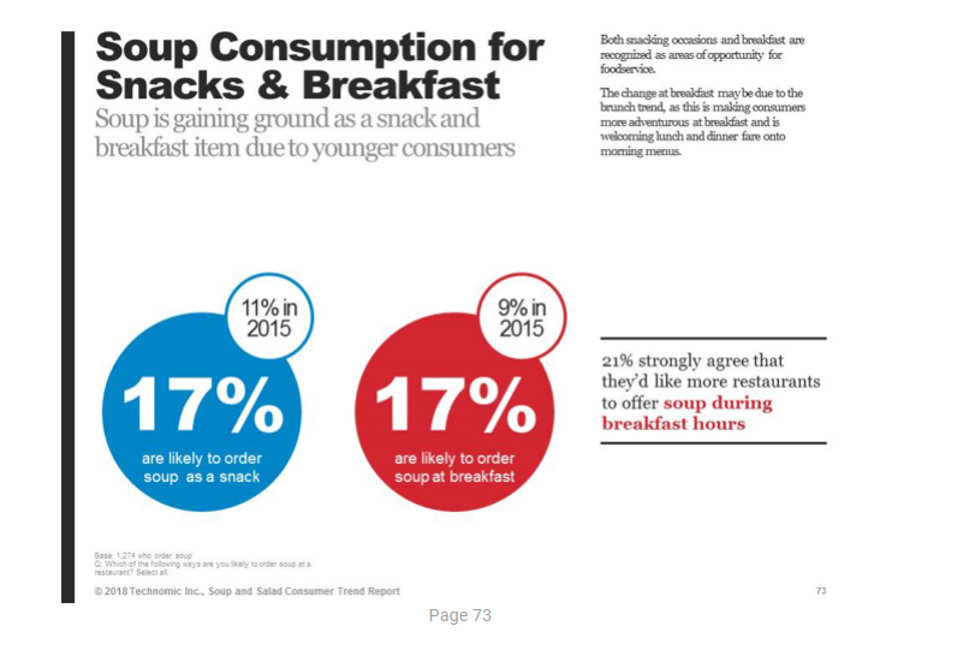 More than a third of consumers (34%) said they feel it is important for it to be easy to take soups and salads on the go. 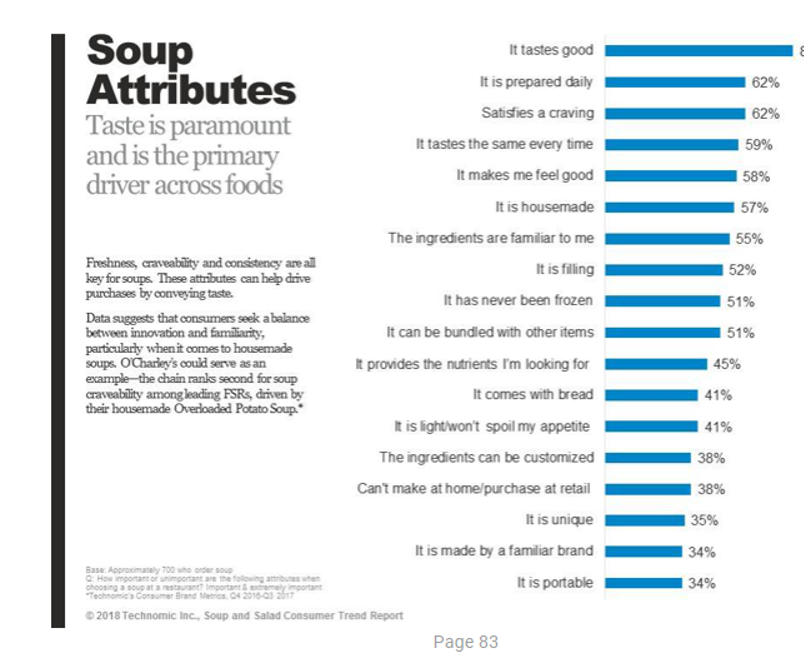 Franchisee of the Month: Guy Campbell