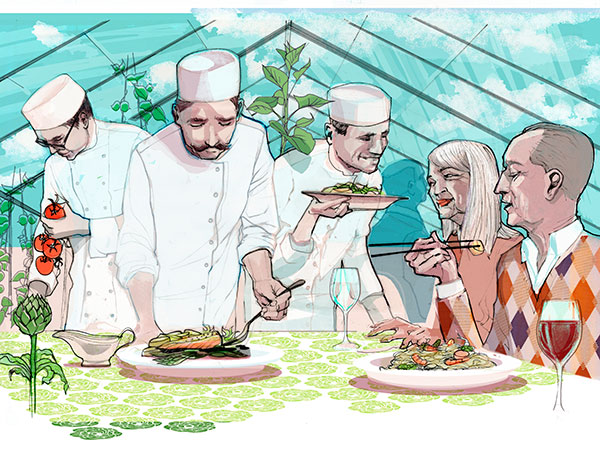 You might call it The Great Handoff. Today there are approximately 43 million Americans age 65 or older; by 2030, when the last of the baby-boomer generation (those born from 1946 to 1964) reaches 65, that number is estimated to surge to 71.5 million, or about 20 percent of the population, according to the U.S. Census. “The dining habits of the baby boomers are very different from those of their parents, along with their physical and intellectual habits,” says Mark Holmes, national director of culinary operations for the Chaska, Minn.-based Goodman Group, which manages 33 senior living and healthcare communities. Boomers are worldlier, more sophisticated—and much more demanding, operators suggest. Here are seven ways facilities are readying their foodservice strategies for this incoming wave of seniors. 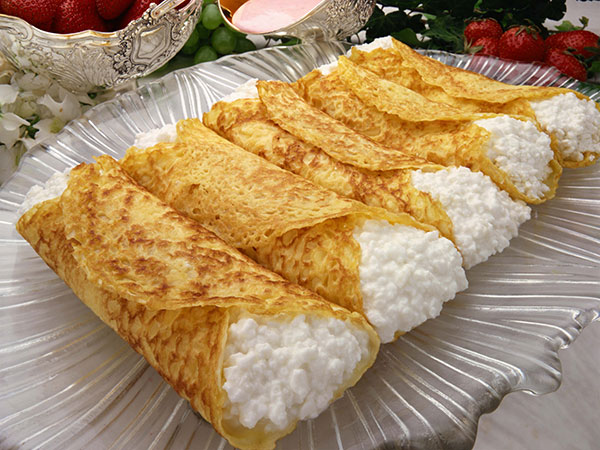 1. Look to the world

Demographics are increasingly favoring global cuisines, and Atlanta-based Morrison Community Living (formerly Morrison Senior Living) is ready to take its residents around the world. Its 2015/2016 program “A Meal in the Life”—an outgrowth of the company’s 2014 “Travel the World” program—will take diners on a yearlong journey of 12 cultures, exploring the connection between food and traditions, says Regan Medzhibzher, director of marketing for Morrison’s foodservice company The Compass Group, which developed the program. Five-course, family-style monthly meals with residents and their families are supported by chef demos, cooking classes, music, videos and social-media contests, all led by foodservice associates who take on the role of on-site “cultural ambassadors” to encourage engagement. A free recipe book features some of the dishes inspired by residents’ and staffers’ backgrounds, which speaks to diners’ diversity.

“Our residents are really excited by these promotions,” says Felicia Crawford, foodservice director for Trezevant, an MCL community in Memphis, Tenn., whose special meals all have been sellouts. “The cultural [and] culinary component dovetails perfectly with our activities program, and we’ll be able to incorporate lectures, movies and other [events].” October’s Russian iteration kicked off with a chef’s table with foods such as cheese blintzes, potato pancakes and Russian tea cakes; the most popular items were added to the regular menu throughout the month. 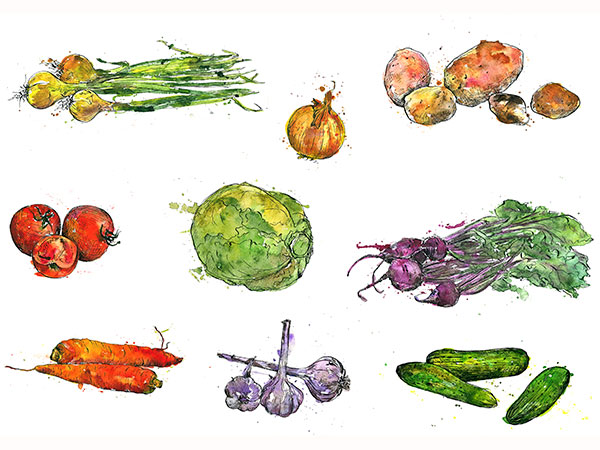 For the generation that raised their families during the rise of Whole Foods, fresh, local, seasonal, sustainable and natural are attributes that resonate. “We’re promising fresh, locally sourced, authentic and scratch-made food,” says Karen Lyon, vice president of marketing for Unidine. “This is something our current residents want, and it will prepare us for the arrival of the baby boomers in the next five to 10 years.”

Morrison’s menus boast sustainable sourcing (including local foods), scratch prep and utilizing less-than-perfect produce. “This year we’ve rescued 400,000 pounds of food that would have otherwise gone into the trash,” says John Rifkin, senior corporate executive chef for Morrison Community Living, which has more than 450 locations in 42 states. This not only addresses concerns about sustainability—which 42 percent of boomers claim influences their foodservice decision, according to a 2014 Technomic survey—but it also helps to control costs and inventory. 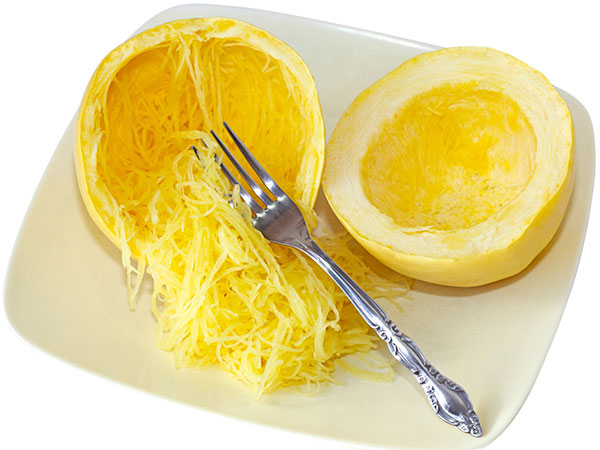 Baby boomers generally are more health- and nutrition-conscious than their parents, but they also expect flavor and satisfaction as they continue a healthy lifestyle.

“For the current age demographic, [exploring the link between food and health] is a learning experience,” says Michael Bokosky, executive chef at The Residence at Timber Pines, in Spring Hill, Fla., one of The Goodman Group’s largest communities. “But the next generation will be expecting it.” Seventy-five percent of the company’s recipes are plant-based, so the challenge for Bokosky and his staff is to present foods such as farro and spaghetti squash in ways that are familiar enough to be approachable. Dishes such as spaghetti squash primavera with fresh basil are introduced through sampling, outreach (including culinary classes and demonstrations) and ongoing dialogue with residents.

Bokosky admits there are additional costs involved in sourcing local, organic ingredients. “But versus the cost of processed ingredients, it’s spending money the right way,” he says. “The baby boomers who will be coming into our communities are already well-versed in the benefits of whole foods and plant-based protein alternatives, so the writing is on the wall.” 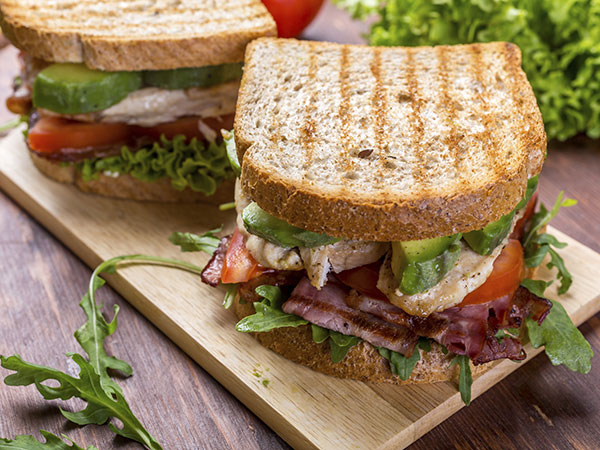 Boomers are accustomed to eating what they want, when they want, and like their relatives in generations X and Y, they are moving away from formality. As Erickson Living remodels its 18 senior living communities and opens new ones, it’s taking advantage of its typically larger size (1,000 residents or more) to offer all-day pubs and bistros with flexible hours and menu options ranging from pizza, salads and sandwiches to more traditional entrees. “We’re looking into dining facilities based on the service spectrum seen in commercial restaurants and colleges, from fast casual to fine dining … and designing our offerings to reflect that,” says Patrick Plumadore, Erickson Vice President of Dining Services.

Its Brooksby Village location in Peabody, Mass., for instance, features two full-service dining rooms, a buffet, a short-order cafe and a pub operating under extended hours, plus private-dining facilities. Plumadore says Brooksby will serve as a test site for a possible transition from a cycle menu with 10 daily entrees to an a la carte menu of 30 different choices a day with seasonal changes. “In addition to offering more choice, we feel this will enhance quality, since our cooks will be preparing every item every day—and practice makes perfect,” he says.

Chicago-based Vi, formerly Classic Residence by Hyatt, is patterning many of its outlets after the flexible, all-day foodservice model of the Hyatt Place, which targets busy business travelers. The 10-unit continuing care retirement community also is axing formal touches such as tablecloths and plate chargers in its full-service dining rooms, swapping in smaller, bare-wood tables in lower-light settings to create more intimacy. “People were telling us that some of our dining rooms were too much like big banquet halls,” says John Vogelmeier, Vi’s assistant vice president of food and beverage operations, “and we’re working to change that.” 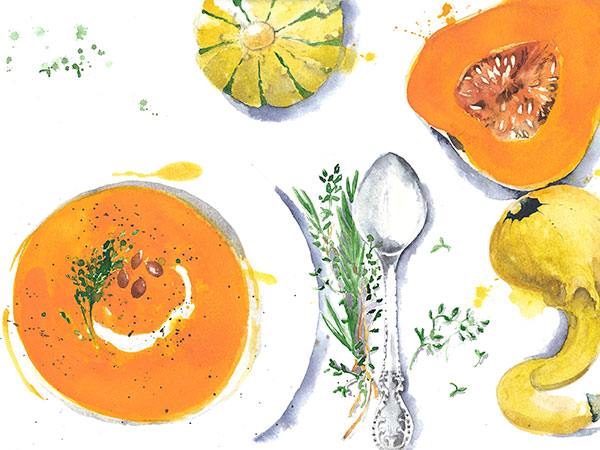 Despite—or perhaps because of—the fact that Americans are living longer, approximately two-thirds of seniors 65 and older and 60 percent of those 50 to 64 have at least one chronic disease, CNN reports. In addition, according to the American Alzheimer’s Association, up to 5 percent of the nation’s 5.4 million Alzheimer’s patients suffer from early onset of the disease. Although many of these people still enjoy eating, some may have trouble using utensils.

A program being piloted at two of Wheaton, Ill.-based Franciscan Ministries’ nine continuing care retirement communities is designed to support such residents, as well as those who have had strokes and other motor-control issues, with tapas-like finger foods that are easy to eat without a knife and fork. Foods such as sliders, meatloaf muffins, and soups and cereals served in mugs are emphasized. “Our strategy in dealing with all of our residents who have special dietary needs is to start with the same menu that’s served to the general community and adapt it, rather than serving different food,” says Tonya Hendricks, district manager for Unidine, who has observed Franciscan’s program in action. 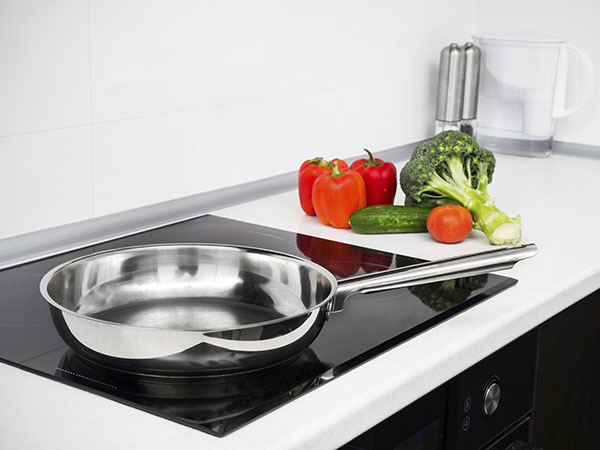 6. Take tech to a new level

Baby boomers are embracing technology, from handheld devices to time-saving solutions of all kinds. “They want it more—faster, more authentic, more efficient, more natural, and we’re turning to high-tech equipment to help us meet that demand,” says Morrison’s Rifkin. Solutions such as steam and combi ovens, induction cooktops and impinger ovens are helping expedite cook-to-order and on-demand menu items.

Vi is testing handheld tablets for servers’ use in dining venues to facilitate ordering, benchmarking and tracking. This keeps servers on the floor with customers, while runners expedite, course and deliver meals. “Food comes out more quickly, and hotter and fresher,” says Vogelmeier. 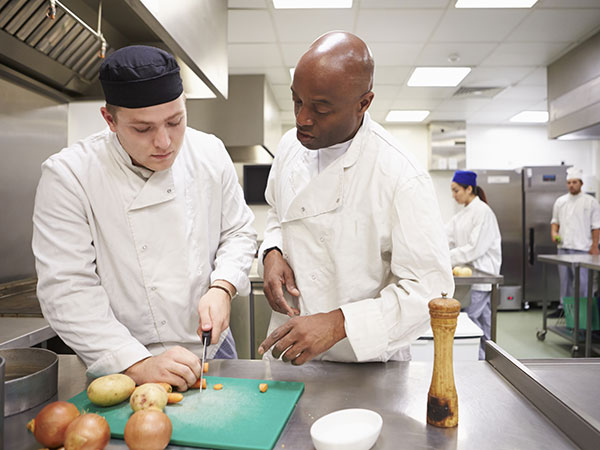 It’s reasonable that boomers would expect the same level of hospitality and service they experienced in their pre-retirement lives, and the senior living industry is working hard to provide it—even in the face of a nationwide staffing shortage.

“We’re competing for both hourly and staffed employees against restaurants, hotels and clubs, and we want to make sure prospective employees are aware of us as an option,” says Vi’s Vogelmeier. The majority of Vi’s executive chefs are culinary graduates, and development initiatives such as ongoing CIA trainings target next-in-line sous chefs. One Vi community even offers resident-funded tuition programs and has awarded
34 employee scholarships.

“Two years ago we restructured a chef’s salary to correlate with the community’s managed volume,” says Morrison’s Rifkin. “The larger the place, typically the more responsibility [the chef has]. This protocol ensures that salary is competitive.

“As far as hiring passionate and skilled chefs to embrace our culinary culture: Compensation is important, but I hear all the time that our engagement opportunities, like recipe competitions, in conjunction with our ‘on-boarding’ process [which follows our chefs for two years], and career growth opportunities are what make them very satisfied in their role and play a big part in their tenure.”