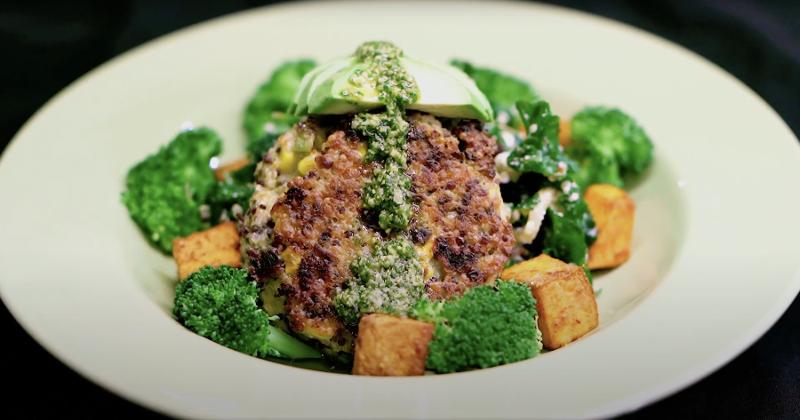 Photo courtesy of University of Georgia

The University of Georgia’s foodservice operation is a bit of an unusual one.

It began in 1806 and has been self-operated ever since. But perhaps most surprisingly, unlike the majority of large public schools, UGA’s meal plan is completely voluntary for students.

This differentiation “absolutely represents the core of who we are,” says Bryan Varin, executive director of dining services at the Athens, Ga., school. “We believe by being voluntary we must, for our own survival, continually look to grow and innovate, to keep improving the quality of food, to diversify the menu. Because, quite frankly, you don’t have to spend money with us if you don’t want to.”

Compulsory meal plans are often the backbone of university operations, and a dependably steady source of revenue year after year, so to retain student buy-in, Varin and his team have indeed innovated, launching not only new locations and menu options but also unique offerings like customizable meal plans, self-serve markets and a gluten-free pantry.

As part of the university’s Auxiliary Services, the foodservice operation doesn’t receive any portion of student fees nor state funding. Voluntary meal plans have been part of the UGA foodservice legacy since long before Varin arrived to campus 20 years ago, and he says it helps build trust with students and their families, who appreciate the choice.

“The money we earn in our program is a direct result of the meal plans we sell,” he says. “You’ve got to earn it every day. Because everyone knows that, it’s second nature, just part of our culture. We know there is no room for complacency.”

In that spirit, the team decided to give students and staff even more choice this school year. They had offered some customization previously, but revamped the meal plan offerings again, adding a slew of options to the standard 5- or 7-day unlimited plans. Students can receive guidance via an online quiz to help personalize plans for their needs.

For example, first-year students on campus can opt for the full-time meal plans and add up to 250 Paw Points, which can be used to pay at dining commons, retail spots and vending machines. Or they can simply buy 180 meals to use at dining halls throughout the semester and purchase more as needed in 10-meal blocks. Similarly, upperclassmen living at UGA can also tweak all-access plans or buy blocks of meals and points.

A commuter block plan is available to students living off campus, as well as faculty and staff, who can purchase as few as 65 meals or nearly double that amount, in addition to a range of Paw Points.

“This was really big for us, and it happened because we are incredibly involved and active with our students—whether it’s freshman orientation, student ambassador groups or just those one-on-one connections,” says Director of Dining Services Susan van Gigch.

“Our students living off campus were saying, ‘I’d love to be able to grab something on my days on campus, but it just doesn’t make sense for me to buy three meals a day all week,’” she says. “And that is totally fair.”

The efforts have paid off: Meal plan participation rates have grown consistently each year over Varin’s two-decade tenure at UGA, save the 2020-2021 school year because of the pandemic.

The majority of students living on campus purchase a meal plan, including 98% of first-year students, who are required to live on campus unless they live locally. But plenty of upperclassmen and commuters also buy into plans.

The team credits the customization options with helping keep the operation afloat during the challenges of COVID when students’ needs changed quickly—but they’ve also launched other new initiatives to keep earning business.

That includes four self-serve markets, which turned out to be particularly well-timed additions as they opened not long before COVID hit. These locations are cashier-free, allowing students to grab beverages, convenience items, frozen entrees and more before checking out at a self-serve kiosk. It’s completely unattended by staff, save for brief restocking two or three times a day, and security cameras are monitored remotely to discourage theft.

Sales are “incredibly strong” at these self-serve stops, van Gigch says: “Our customers seem to really like the range of options that we have in those in those stores, and it’s clear they absolutely love the speed and convenience.” 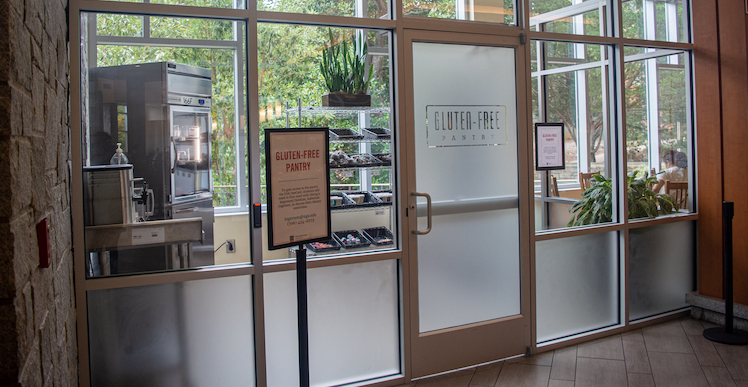 Photo courtesy of University of Georgia

Students are also enjoying a new gluten-free pantry that opened this fall, stocked with shelf-stable and microwavable items, including oatmeal, bagels, sandwiches, pasta, and several desserts.

For Varin, the team’s efforts and innovations tie back to the guiding principles that have kept this self-operation going for more than two centuries.

“When people choose to dine with us, we want to offer them tons of choice, not put limitations on them,” he says. ”We really feel honored to have the chance to serve them, and I think that shows.”

Nominate an FSO of the Month
C&U