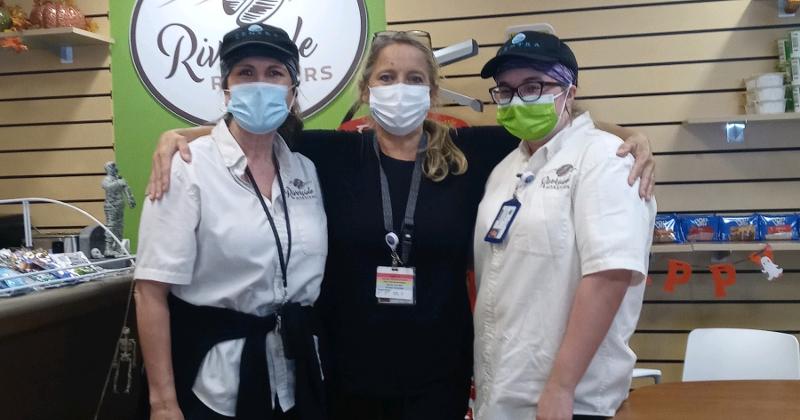 At the nonprofit healthcare system Centra Health in Lynchburg, Va., you won’t hear leadership talk about “foodservice workers” or “nutrition staff.” Instead, these dedicated employees are without fail called “caregivers”—and Centra Health makes sure to take good care of them, too.

“We are an integral part of the team here, caring for our patients, in fact seeing them even more than the doctors and nurses do,” says Timothy Schoonmaker, corporate director of nutrition services. “We’re there least six times a day to deliver and pick up meals, and that doesn’t even count any call service or rounding. Our people are absolutely caregivers, and they’re treated that way.”

It’s a level of respect that permeates through Centra Health’s culture in nutrition services. Caregivers on the team are provided with free uniforms and $10 meal stipends for each shift. They have access to physical and mental wellness services whether or not they have health insurance, as well as vocational planning support through a healthcare career ladder.

On the financial side, wages were recently increased to $13.75 an hour—well above Virginia’s $9.50 minimum—and will jump again to $15 next year. Also starting in 2022, any employee making less than $40,000 a year will receive free medical insurance.

“The worst thing in the world is waking up in the morning and not wanting to go to work, like, ‘Ugh.’ So, we think, how can we make it so you’re connected to the purpose of work?” Schoonmaker says. “We have people who work two, three, maybe even four jobs. We want to cut down on those jobs and also be that one position you’re excited to come to.”

Leadership conducts regular, data-based employment engagement surveys to poll workers about what’s working and what needs improvement. They also focus on what Roberts calls, in hospital parlance, “direct rounding” with staff, which includes formalized meetings and building rapport and trust on a one-to-one basis.

The key is that “these conversations, whether formal or informal, have to be meaningful. You have to show as a leader that you give a damn,” Roberts says. “If you don’t, they won’t just speak up and tell you how to make things better. You have to be beside them and truly understand their challenges.”

To that end, Roberts and other leaders researched “bridging poverty to progress” because they understand many of their caregivers are right on the cusp of the poverty line. They learned from this research and conversations with the team that shelling out money for uniforms was a hardship that might stop some would-be employees from taking the job.

“We decided we’d invest in them with [a] food [stipend] and [free] uniforms. They don’t have to worry about cutting into their first paycheck or several to get a uniform to work, and that’s the kind of thing that does make a difference,” Roberts says. “When you get further in your career or in leadership, so many of us don’t live that life anymore and it’s easy to forget—but it’s so important to keep putting yourself in your team’s shoes.”

It’s an approach that’s represented even in the smallest efforts to make caregivers feel valued. For example, one of Schoonmaker’s team leaders put together a “back to school” kit to celebrate Nutrition Week, supplying bags full of pens, pencils and other school supplies to alleviate that cost for those with children.

Of course, Centra certainly isn’t immune to the staffing challenges just about every operator is facing right now, Schoonmaker admits. Among other departures, an executive chef just gave notice, informing leadership that he’s leaving the business and going into engineering.

But Schoonmaker has seen more applications in the last few weeks than he has in several months, and he feels Centra’s reputation for caring attracts applicants. 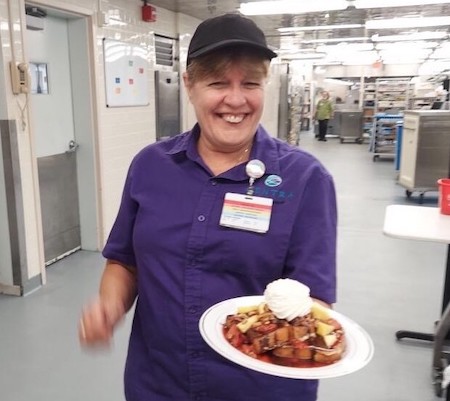 “I do think we’ve been able to fare better than most [operators when it comes to staffing]—our turnover data implies our efforts have made a difference in retention,” Roberts says.

Schoonmaker and Roberts also managed to keep their foodservice team 100% employed throughout the pandemic. Because the productivity target is meals, they got creative in assigning people to community initiatives like Meals on Wheels. Some caregivers were willing to work in other departments, and leadership found them temporary roles such as performing temperature checks at facility entrances.

And when some did leave the company, the team held off on replacing them to ensure current staff had enough hours.

For Roberts, it was a no-brainer that even when trying to manage an operation through a pandemic, it’s caring for the caregivers that comes first. “We try, in all we do, to never forget that this business is about people,” he says. “The food is just the byproduct.”

Nominate an FSO of the Month
healthcare