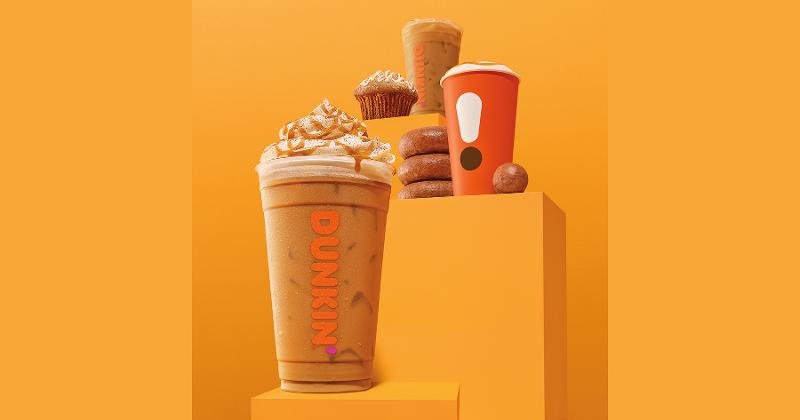 Just like the start of the new school year, Starbucks’ debut of its Pumpkin Spice Latte signals the end of summer—two events that might be coming much too soon for vacation-lovers. This year, the popular fall beverage is returning Aug. 27, according to tweets from the chain’s baristas and a report in Business Insider. It’s Starbucks’ earliest official PSL launch ever.

But Dunkin’ is one-upping the coffee giant with an Aug. 21 national launch of its pumpkin spice line. And on Wednesday, Aug. 14, customers in select cities can get an even earlier taste. Taking a page from IHOP’s brief stint as IHOB, Dunkin’ is rebranding eight stores to Pumpkin’ on that date to promote its pumpkin-flavored coffees and other treats.

The stores will sport new signage and interior decor to announce the one-day name change, and the first 250 guests will receive a free hot or iced pumpkin coffee and pumpkin-scented lip balm. Participating locations haven’t been identified, but clues will be revealed on the @Dunkin Instagram feed.