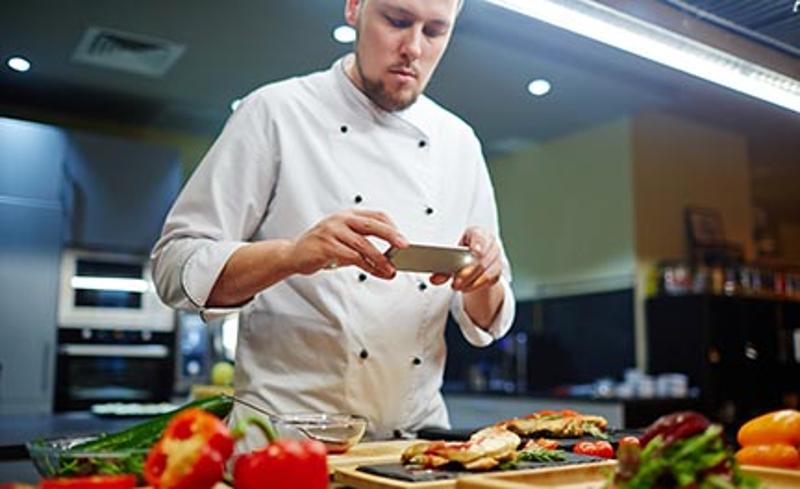 As colleges across the country prepare for a fall unlike any other, one question mark has been how to go about keeping students engaged while physically apart. When campuses closed down in the spring, many dining teams leaned on virtual cooking demos and a variety of social media activations to ensure that students still felt connected to their foodservice programs.

As the start of this school year nears, here’s a peek into how Sodexo is taking its college marketing plans from the spring into the months ahead.

“Back in March, we sat down and said there are going to be changes, campuses are going to be different, so we started to think about how we could still engage the campus community without necessarily being next to one another,” says Wendi Gretz, a vice president of marketing for Sodexo.

“We didn’t want to call it social distancing because we still want the social part of campus community,” she says, adding that the company has instead opted for the term “physical distancing.”

At many campuses where foodservice is run by Sodexo, events such as cooking classes went virtual, dietitians offered healthy eating tips online, and teams hosted athletics and dietetics-focused sessions in which athletics directors and students could learn about services offered. In addition, Sodexo rolled out virtual tours to help educate students and their parents about how foodservice would happen in the fall and where they could find their favorite foods on campus. In some cases, these tours included video, while others consisted of a PDF.

Those web-based marketing strategies are now being tweaked as schools forge ahead with a variety of reopening plans.

“We started reformulating all of our campus promotions for fall to have a physical distancing element, so whatever level the campus would reopen at—whether that’s half capacity or virtual—they would still have the ability to hold special events and engaging events for their student population,” Gretz says.

Schools that are reopening with dining hall capacity limits, for example, may still be able to host in-person events, such as chef demos, with a small group. These events could be streamed virtually at the same time, she notes. Though sampling on site is likely out for the foreseeable future, she sees prepackaged or bento box-style samples being available for students to take with them, while those watching online could access a recipe to make the dish on their own time, the same protocol as if the event were 100% virtual.

“Those levels allow for the same type of concept, with different levels of physical distancing,” Gretz says, noting that any in-person events would adhere to state and local regulations around safety, sanitation and distancing.

Marketing events will be promoted on the dining programs’ websites, social channels and through calendars on Sodexo’s Bite app, she says, as well as on “old-fashioned print media” stationed around the campuses that are open.

“It’s not about telling the message once but telling it multiple times to give them a full picture and a story of how they can engage with us when they return,” Gretz says, noting that Sodexo has gotten strong engagement and feedback on its efforts so far.

“Students write in and ask for their favorite Buffalo ranch dip,” she says, “and we’re able to post that on social and let them know that we’re thinking about them.”