When Jefferson County Public Schools in Louisville, Ky., closed schools on March 13 due to COVID-19, the foodservice team had only the weekend to switch over to grab-and-go sites and meal delivery.

“We had to put the brakes on the train of the supply engine of doing hot meals and then turn left and do cold, individually wrapped meals,” says Daniel Ellnor, assistant director for the district’s nutrition service center. “That's kind of what we do with summer feeding, although we usually do that with about six months’ worth of planning.”

By the end of March, the district’s foodservice department, which includes a centralized kitchen and warehouse, was running 65 feeding sites, including mobile food trucks, and serving an average of 18,000 meals a day. Here’s how they’re keeping students fed.

Ellnor describes the first five days of the new meal service as stressful and says they included many sleepless nights.

“The first week, it was reinventing the wheel hourly,” he says. “You’d make a plan, and then different information would come in, and then you take that plan and throw it away, and then you start again and you make a new plan.”

The team faced multiple challenges during those initial days. For example, the district wanted to send meals from its central kitchen to the feeding sites using cardboard boxes, as it normally does for summer feeding. However, it had no boxes, so turned to transport carts instead. In addition, staff at the central kitchen were not able to keep up with the volume of breakfast kits they had to assemble. 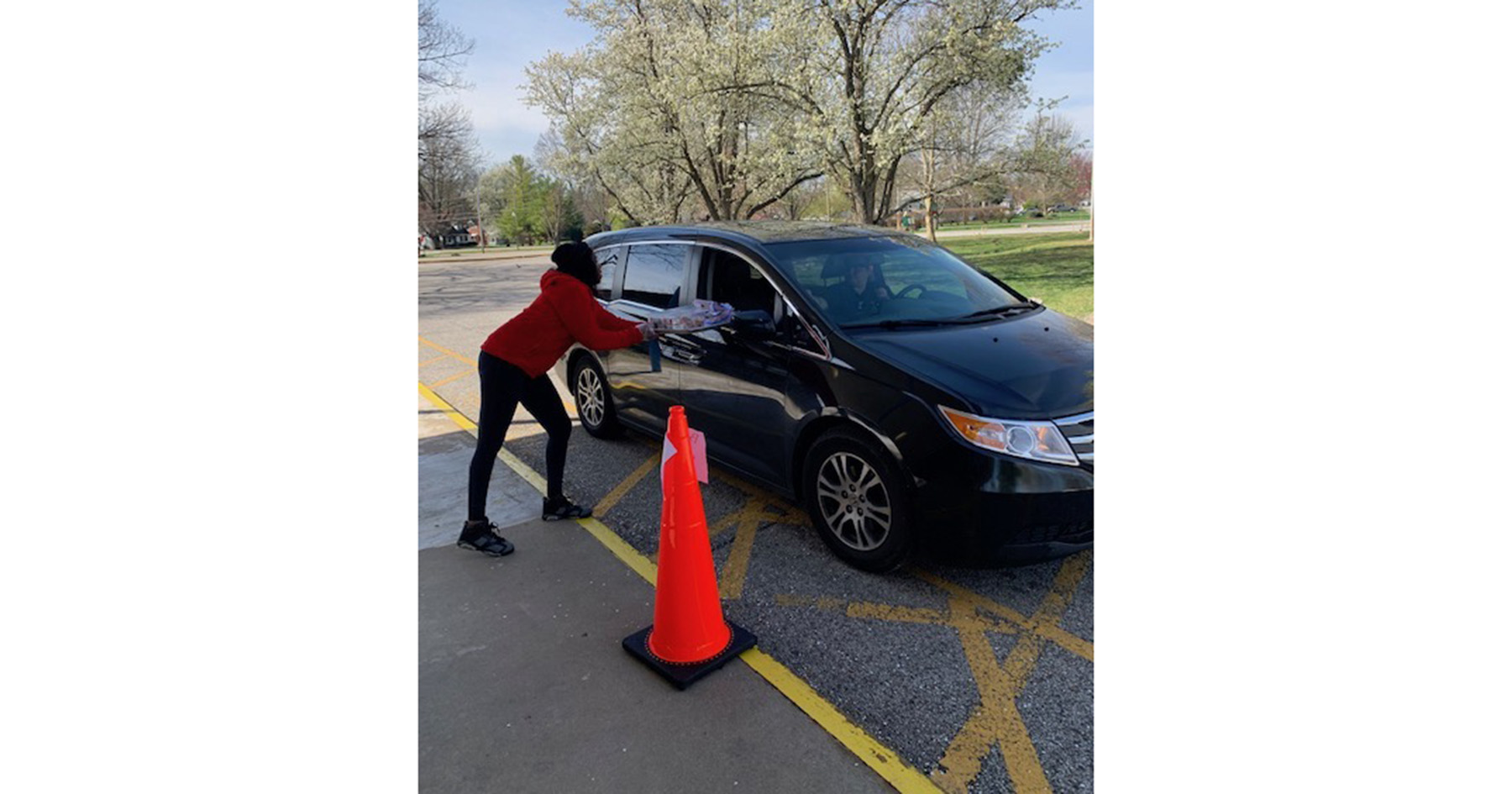 After a couple of weeks, though, Ellnor feels he and his team are getting the hang of it.

The district was able to secure cardboard boxes, and it solved the problem of the breakfast kits by sending bulk ingredients to the meal sites, where employees quickly assemble them into kits.

It’s also reduced its meal service from five days a week to three to minimize the amount of contact staff and students have with themselves and one another.

Getting ahead on staff safety 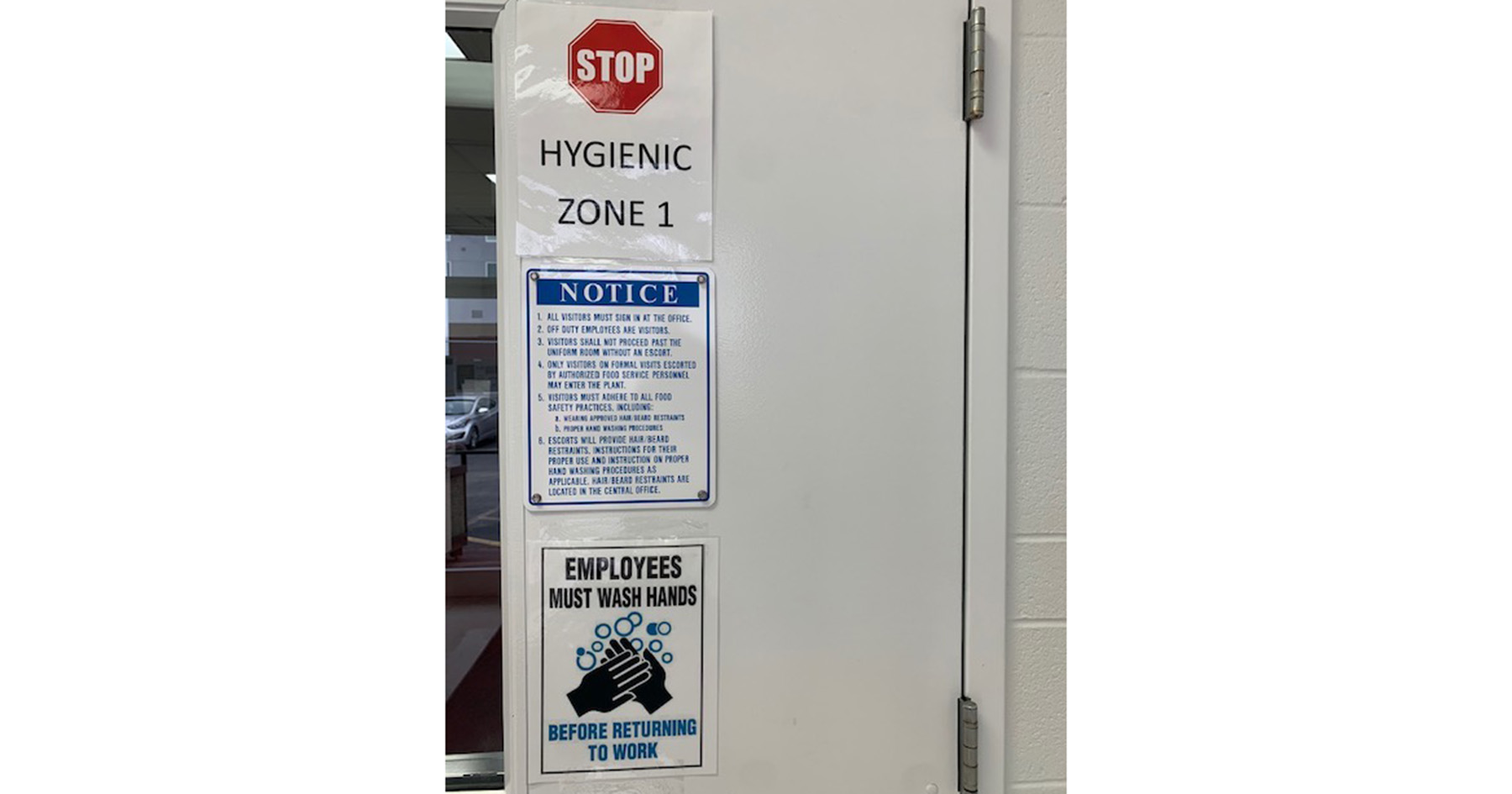 Ellnor relied on knowledge and experience gained during his previous career as an environmental health specialist to come up with safety protocols that were implemented on day one.

“We did hygienic zoning and shift differentials,” he says. “So, making sure that the people in the warehouse come into contact with people in the production as little as possible, and when they do, they would wash their hands in between areas.”

Employees who are able to work remotely are doing so. The district has been able to secure personal protective equipment (PPE) such as goggles and masks for the 11 employees who must be present in the central kitchen,  and safety protocol has also been extended to the two or three staff members working at each site.

“We've got best practices that we're putting out there, utilizing trays to hand meals to the windows or roll carts to maintain distance,” Ellnor says.

The district also received additional PPE, which will be going to employees at the meal sites. “As we're getting more materials, we're sending those out, and as we're getting more guidance, we're implementing that,” he says. “It's a very fluid situation.”

Most of the dishes on the current menu are those normally served during the district’s after-school program because many of those ingredients are in reserve at the warehouse. Expanding the menu beyond that would be difficult, Ellnor says, since a lot of their local vendors are struggling with labor.

“Even if we wanted to do hamburgers and hot dogs and stuff like that, they don't have the people to supply us,” he says. “So that's what we're running into [with] manufacturers. They've had to scale back as their labor force is dropping out because people are being pulled to stay home.”

A majority of the menu items served are cold; however, Ellnor is looking at adding hot menu items such as corn dogs and chicken nugget kits that would be sent home with heating instructions. Ultimately, though, he says the number of hot items served will continue to be minimal.

“We're trying not to touch a lot of our normal hot items because it becomes more complex from a cooking standpoint, and we don't know what people have access to,” Ellnor says. “Also, we're going to have to put this train back on the tracks at some point and do our traditional summer feeding program, probably come June. So we have to be able to keep that in reserves as well.”

Looking toward the future

Along with seeing how this pandemic will impact summer meal service, Ellnor is also trying to keep an eye on how it will affect things when school begins in the fall.

Inaccurate numbers of USDA commodities are one issue Ellnor says he and other districts will have to contend with next school year, because schools’ commodities are based on the previous year’s meal counts.

“[The USDA is] going to need to fix that,” he says. “The suggestion put out there is that they just base it on last year and act like this year didn't count.”

Ellnor is also calling on the USDA to help school nutrition teams tackle the rising costs that come with this new way of serving meals.

“Even though we're doing [grab-and-go and delivery] and we're doing it efficiently, the reimbursement that we're going to be getting based on the counts that we're serving nowhere near covers costs, so we will be broke in a month,” says Ellnor, adding that he wants the USDA to give the district its normal reimbursement based on this month last year. “So if we got $2 million last March, just go ahead and give us $2 million this March, that would keep us solvent,” he says.

If they go into the red, he says, they will have to pull money out of the district’s general fund, which could be disastrous for the district as a whole, especially as it continues to pay staff.

“The district's losing a lot of money, so the USDA needs to have some sort of backups for that,” he says.