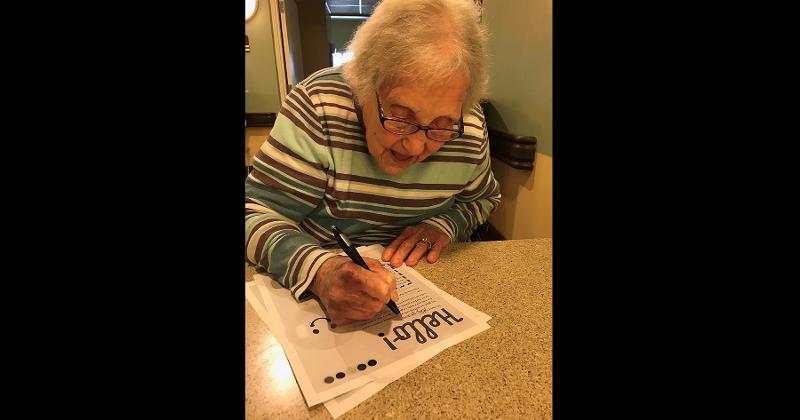 Students picking up meals at a Chartwells K12 food site now have the opportunity to connect with residents at a Morrison Living community who may be in need of a pick-me-up.

The sister companies recently launched the Send a Smile Campaign, through which students can fill out an activity packet that is later sent to the seniors.

The packets include writing prompts where students can share more about themselves and tell stories. There’s also space to color and draw pictures.

“It's such an organic program that was really born out of the need that the Morrison team shared that, particularly in their communities, their seniors are just so isolated right now and we know how kids are craving something that doesn't involve a screen, something that’s not meeting in the virtual classroom,” Chartwells K12 CEO Belinda Oakley says.

Once the packets are filled out at home, students can mail them directly to Morrison’s corporate office, which distributes them to the senior-living communities.

Morrison aims to match students and seniors based on geographic location to create intercommunity connection. “[The campaign] may grow so far beyond that, that we're no longer able to do that, but that's the way we decided to start it,” Morrison Living CEO Barbara Conn says..

Residents are also beginning to send students letters in response. As Send a Smile continues to grow, Morrison officials hope it will provide a way for seniors and kids to develop long-lasting connections.

“We're calling this gen pals,” Conn says. “We're hoping that it really does become that kind of relationship so that they can kind of have an ongoing way to communicate with each other.”